On August 28, 1864, while the nation was still in the midst of the Civil War, the Post Office Department established the Railway Mail Service. The new service revolutionized the way mail was processed by sorting mail aboard moving trains, not just in post offices. Trains had been carrying mail for almost 30 years by that time. Under that system, mail bags were loaded onto the trains to be carried to another post office for processing. Some were delivered, but many others were put back into bags for another train trip. Some postal officials began wondering if they could improve that process by putting clerks on the trains to sort mail along the way, dramatically reducing the time it took to receive a letter. 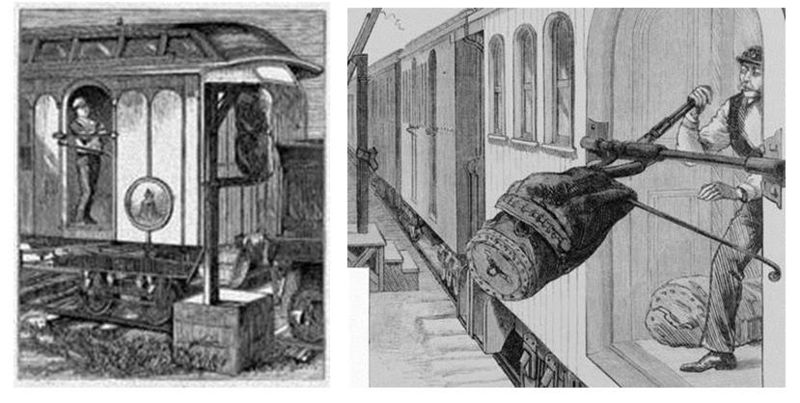 Images from Harper’s Illustrated showing how mail was exchanged between mail trains and stationary post offices. 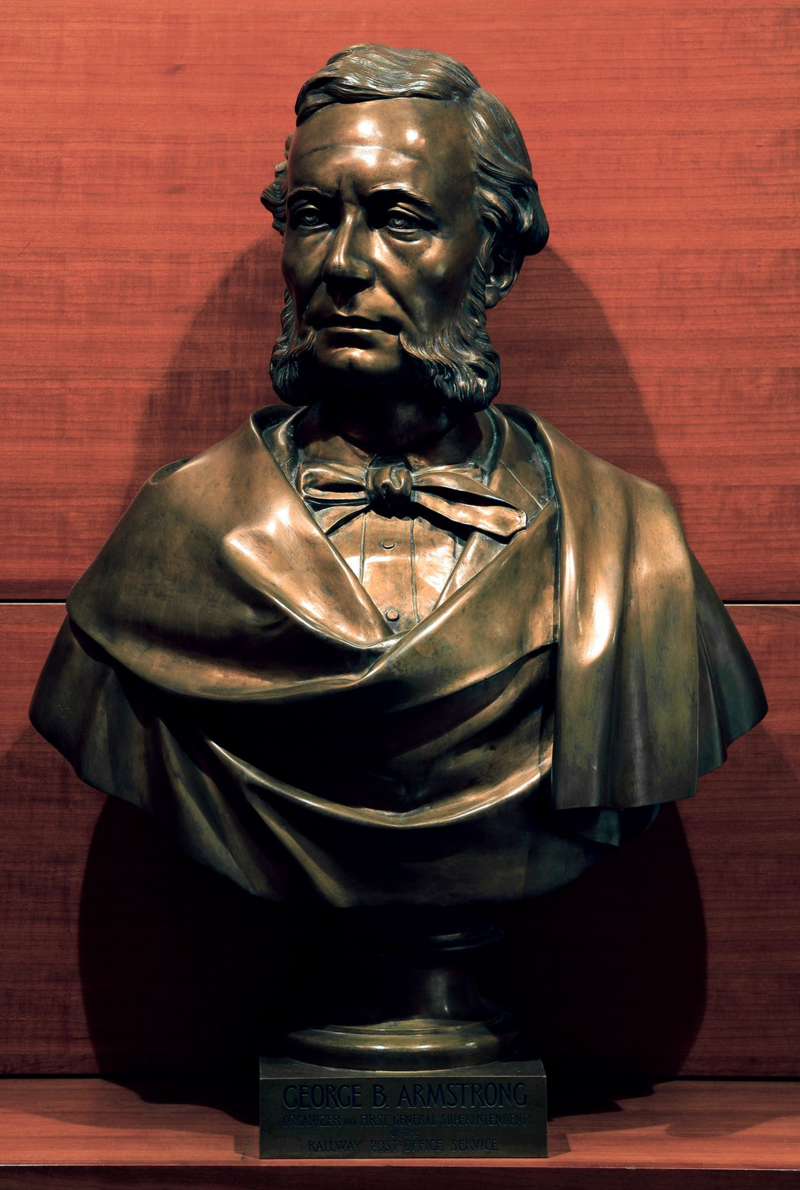 A successful, if short-lived attempt to sort mail on moving mail cars had operated in 1862 on the Hannibal and St. Joseph (Missouri) line. George B. Armstrong, the assistant postmaster in Chicago, championed the idea and on August 28, 1864 the first such mail car (a renovated baggage car) was used on the Chicago & North Western Railroad line between Chicago and Clinton, Iowa. As the train moved along its route, clerks busily sorted mail to each post office along the way (and brought in mail from those offices which was also sorted). Clerks sorted the mail not only to routes on the line, but post offices past the end of the line. Newly established mail cars soon carried mail between New York and Washington, New York and Erie, Pennsylvania. Chicago routes were expanded to Chicago and Burlington, Illinois and Chicago and Rock Island, Illinois. Two clerks on average were assigned to each train car, and postal officials were soon boasting of 12 to 24 hours reduction in time of delivery.

While a pair of clerks could handle the mail in the 1860s, as more and more mail was moved onto the trains, more and more clerks were needed to process it. The train car could be a crowded workplace.

Just three years later, in his 1867 annual report, Postmaster General John Creswell noted that there were 18 such routes in operation in the U.S., over 4,435 miles of railroad track with 160 clerks at work processing the mail. At the same time, 30 clerks were dismissed or moved from their jobs in the post offices at New York, Philadelphia and Baltimore, as railway clerks began to take on more of the load of processing mail. In his 1868 report, Creswell boasted of 26 railway lines in operation, with 297 clerks at work on the trains. The trend continued over the next decades, as moving more and more of mail processing onto trains brought a decentralization of postal operations. 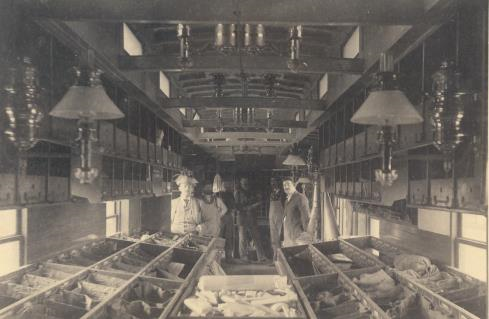 Early mail cars were outfitted with lovely gas lamps. Unfortunately, train collisions were common at the time and gas lamps too easily set the wooden train car and its paper mail contents aflame.

This new method of sorting the mail was developed just when railroads began to crisscross the nation on a regular basis. The service grew as railroads came to dominate America from the end of the 19th century through World War II. After the war, airlines and highways improved, taking passengers away from railroads. The declining passenger traffic brought a decline in railroads and their mail cars. At the same time, postal officials were putting more emphasis on mechanical processing techniques, machines that needed large factory-sized buildings for operations, not tight, moving, train cars. The final railway mail car run was completed on June 30, 1977, as the train from New York pulled into Washington’s Union Station. 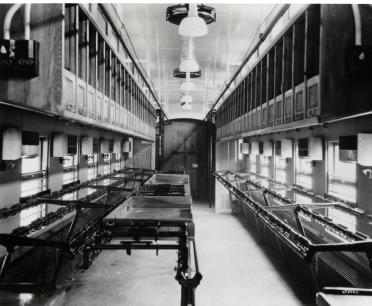 By the 20th century clerks were working in strong steel mail cars with electric lighting.