David Battle, whose design concept was used for the 1972 Peace Corps Stamp, visited the Postal Museum on April 12. Jim O’Donnell and I interviewed Mr. Battle in 2010 for an article on the Peace Corps stamp and were delighted when he contacted us that he was planning a visit to Washington, DC. While at the museum, Mr. Battle spoke fondly of his visit to Washington in December of 1971 when and his family were invited to attend the ceremony announcing the Peace Corps stamp. 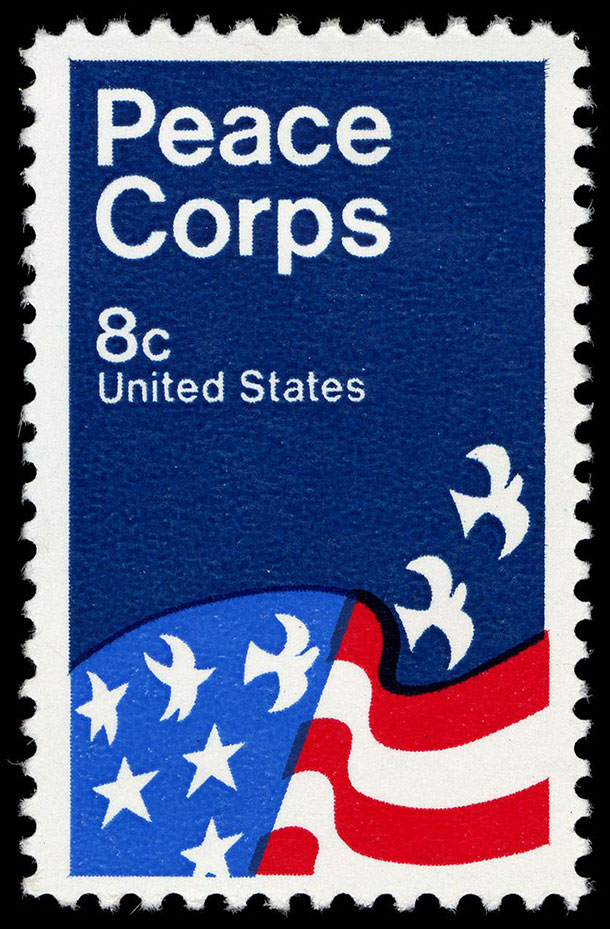 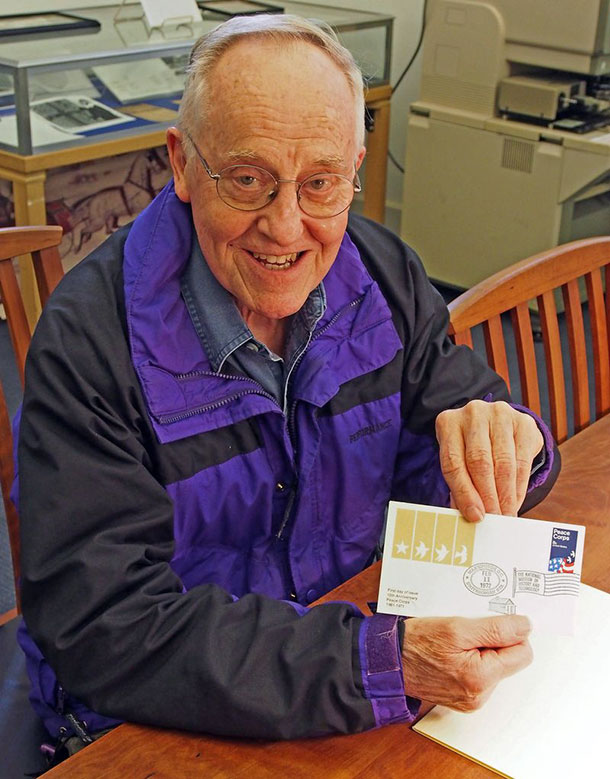 David Battle also designed the cachet for the 1971 first day cover that he is holding.

The National Postal Museum has the original Peace Corps stamp art on loan from the U.S. Postal Service’s, Postmaster General Collection. Annette Shumway, museum technician PMG Collection, brought out the art for him to examine in person. He showed us how graphic artist Bradbury Thompson added an extra dove in the adaptation for the final design as the design of the Peace Corps stamp was vertical and his original design was square. 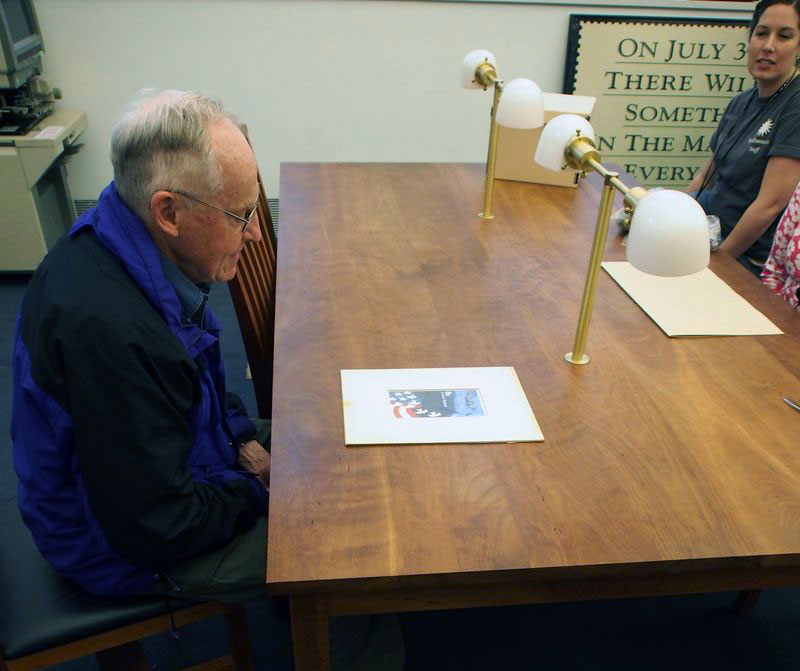 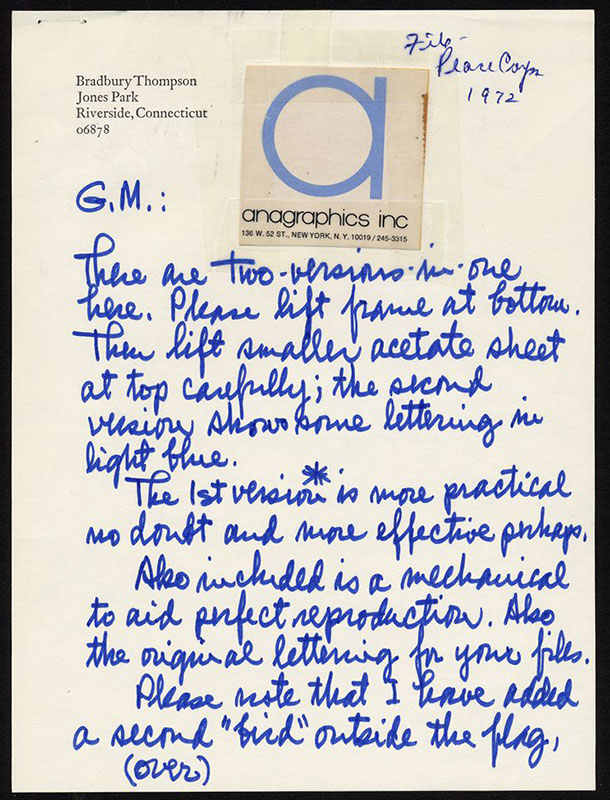 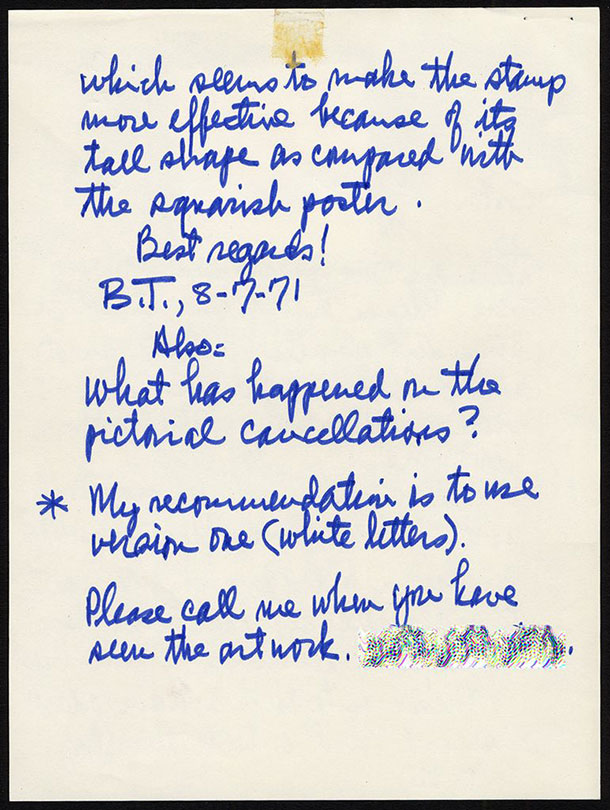 Back of Bradbury Thompson note.

David Battle lives in Ohio with his wife Esther. His art frequently appears in the Antioch Review.

To learn more check out:
David Battle and the story behind the Peace Corps stamp

About the Author
Patricia Raynor: "I have worked at the Smithsonian Institution since 1990 and served as the collections coordinator for the National Postal Museum's inaugural exhibitions. I am now the museum's loan coordinator and liaison for the Smithsonian Affiliation's Program. My activities include memberships in the Smithsonian's American Indian Employee Network and Loans Forum, as well as the Mid-Atlantic Association of Museums in which I served on its Registrars and Program Committees."