A Look at Vintage Baseball Stamps with ABC News

Dan Piazza, Chief Curator of Philately at the National Postal Museum, was recently interviewed by ABC News as part of their behind-the-scenes at the museum series. The National Postal Museum showcased several items from deep within our vault, all centered on the theme of baseball. ABC’s Rick Klein, a devoted baseball enthusiast, and Piazza had a lively conversation on the history and significance of the objects. The backdrop for the interview was fittingly the baseball section of our New York City: A Portrait through Stamp Art exhibition, which is on view at the museum through March 2017. 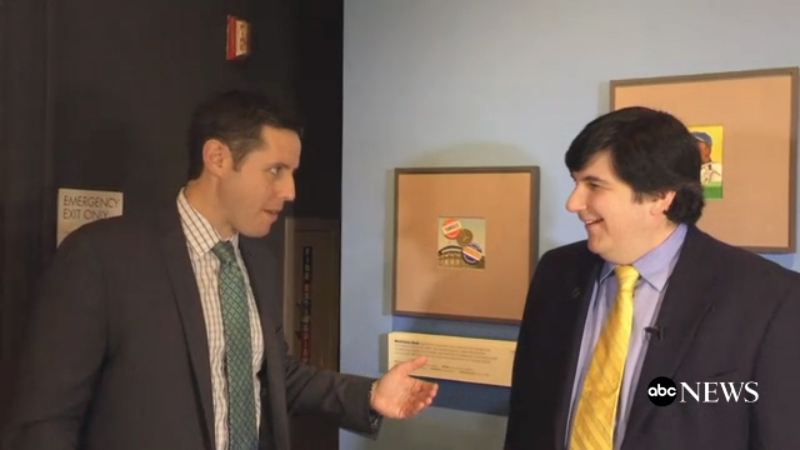 Speaking of baseball…congrats to all the Cubs fans out there on an amazing season and series! Cleveland, keep your heads up – you put up a fine fight! At any rate, thanks to both teams for one of the greatest games of all time.