Did you know that a village at the bottom of the Grand Canyon eats most of its mail? Or that America’s newest national park was once so secret it used an undercover address? "Trailblazing: 100 Years of Our National Parks", a two-year temporary exhibition, chronicles these and numerous other intersections between mail and our national parks. Featuring original postage stamp art from the United States Postal Service and artifacts loaned by the National Park Service, the exhibition explores the myriad – and sometimes surprising – ways that mail moves to, through and from our national parks. 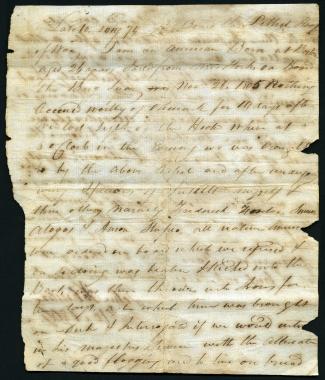 Cape Hatteras National Seashore
During Great Britain’s long war against Napoleonic France (1803-1815), the Royal Navy searched American ships at sea looking for British sailors who had deserted. About 10,000 American-born sailors were carried off in these impressment raids, which were an important major cause of the War of 1812. This letter was written by an American taken from the merchant ship Lion, which sailed from New York on November 26, 1805 to trade in the Caribbean. He corked it into a bottle and dropped it into the Atlantic Ocean near the coast of Colombia in South America. Carried by the powerful Atlantic Gulf Stream current, it came ashore at Cape Hatteras, North Carolina nearly six months later.
Loan from Gordon E. Eubanks, Jr. 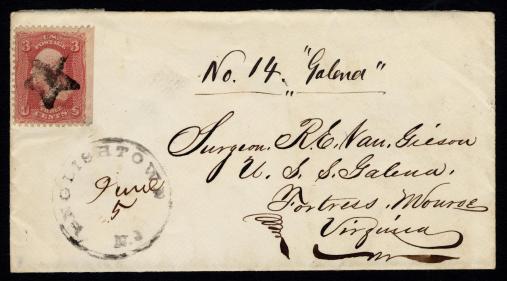 Fort Monroe National Monument, Virginia
Fort Monroe in southern Virginia guarded the entrance to the James River and Chesapeake Bay. It was so large and well-defended that the Confederate States never attempted to conquer it, even though leaving it in Union hands cut the capital at Richmond off from the sea. This envelope was addressed to a U.S. Navy surgeon stationed there. 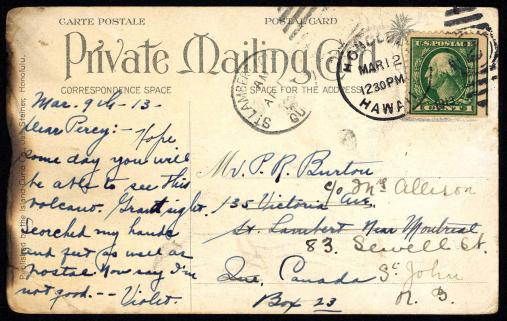 Hawai’i Volcanoes National Park, Hawai’i
Tourism to the active volcano at Kilauea on the island of Hawaii took off when it became a national park in 1916, just a few weeks before the National Park Service was created. A popular early tourist activity was walking out onto the hard crust of an active lava flow and using a stick to thrust their postcards into a fissure and scorch it before mailing. Even in the age of Twitter and Facebook, postcards remain a popular way to let people know you were really there—and prove it with a postmark! 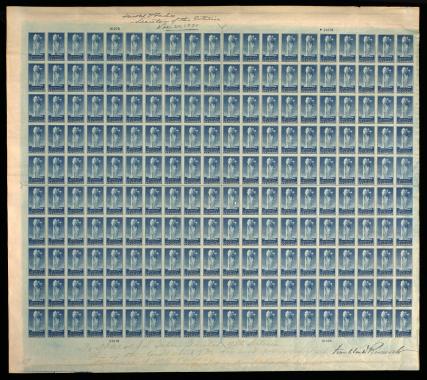 Depicts Yellowstone National Park, Wyoming
When the National Parks Year Issue of ten pictorial postage stamps appeared in 1934, the public soon learned that Postmaster General James Farley had purchased imperforate, ungummed full press sheets as gifts. The outcry from stamp collectors led Farley to order the stamps reprinted and sold to anyone who desired them in similar condition. This minor scandal and the reprinted stamps are known as “Farley’s Follies.” This 5¢ Yellowstone press sheet is one of the original gifts that created the uproar, as attested by the 1934 dates in Farley’s handwriting. President Franklin D. Roosevelt and Secretary of the Interior Harold L. Ickes also autographed the sheet.

Among the Chinook people of the American Northwest, a skookum is a small doll in native dress. Before World War I, tourists in many Western parks purchased and mailed the dolls, believing in their authenticity. In reality, a company in Los Angeles manufactured them, not the Chinook people. Mailable, three-dimensional souvenirs had attached tags for the address and postage.
Loan from Marjory J. Sente 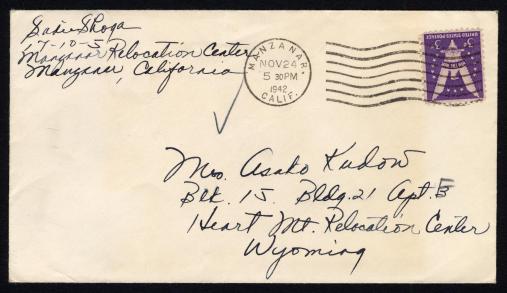 Manzanar National Historic Site, California
Mail to and from Manzanar in California and Minidoka in Idaho, where people of Japanese ancestry were incarcerated by the military indefinitely and without trial during World War II, is featured in the exhibit. The remoteness of these facilities meant that postal services were the only connection to the outside world. They became National Historic Sites in 1992 and 2001, respectively. 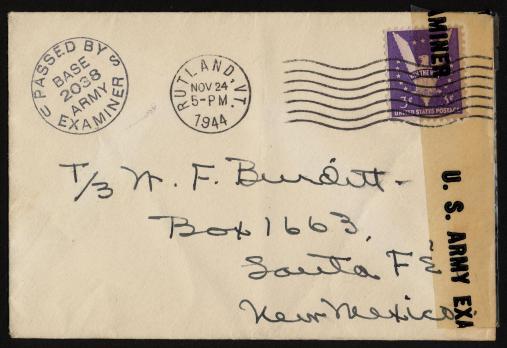 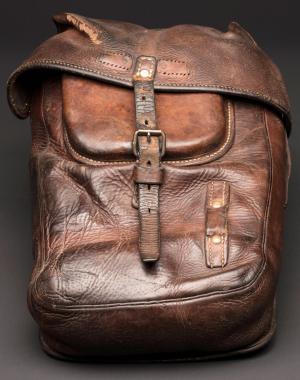 Grand Canyon National Park, Arizona
Mail travels by mule to and from Grand Canyon National Park’s Phantom Ranch, located at the bottom of the canyon. This service is offered by the ranch’s proprietor and is not an official postal route. Postcards and letters dispatched from the ranch receive a unique marking and are deposited in a mochila in the lobby. This World War II surplus cavalry saddlebag collected Phantom Ranch’s outgoing mail from the late 1940s until 2005.
Loan from Xanterra Parks and Resorts, Inc. 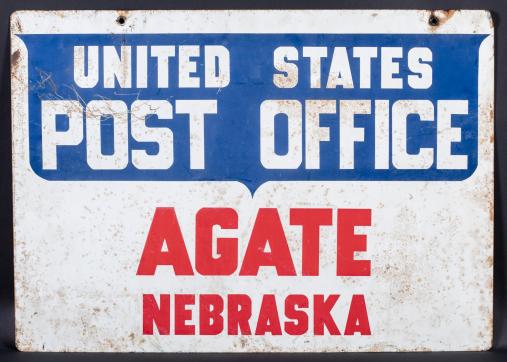 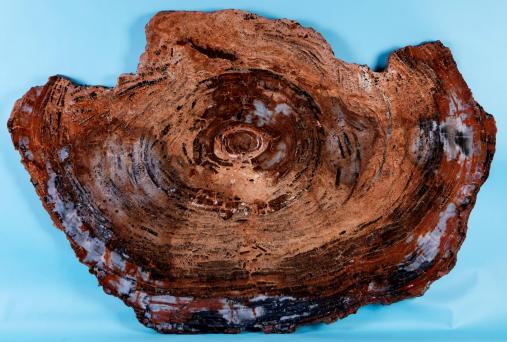 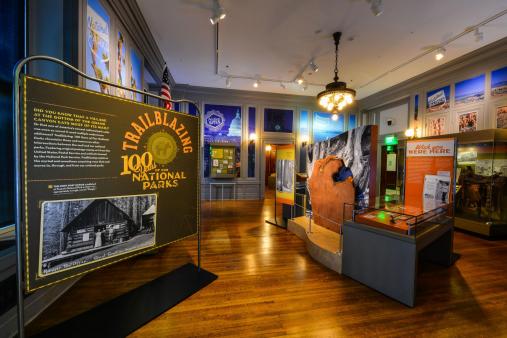 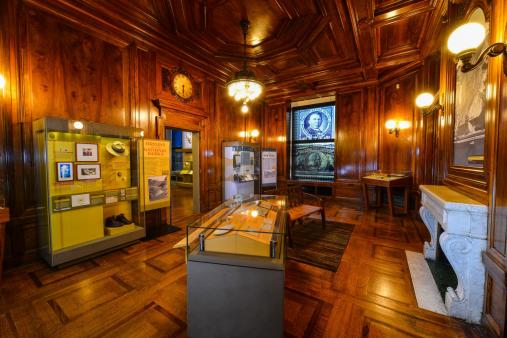 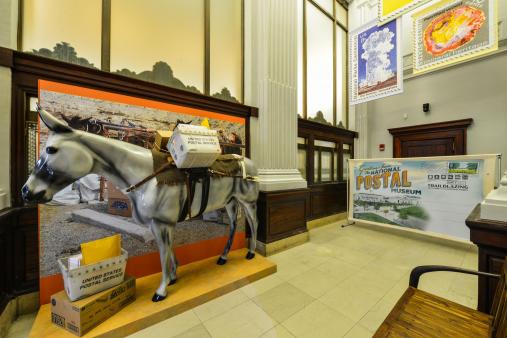 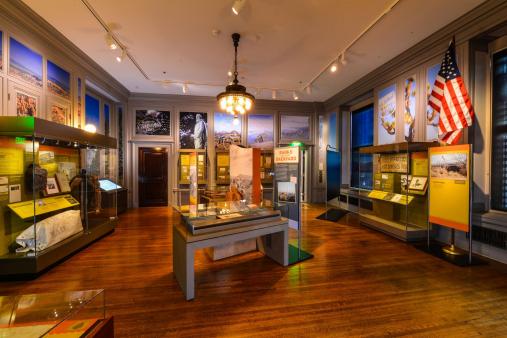 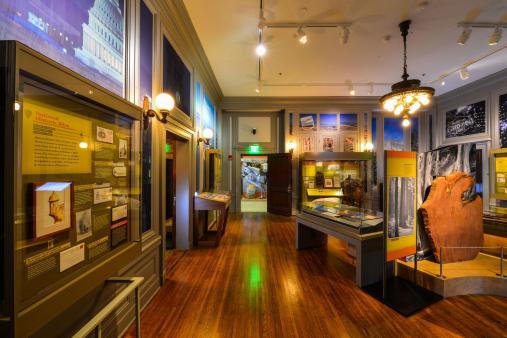 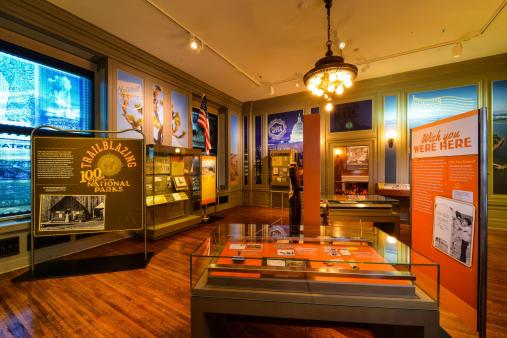 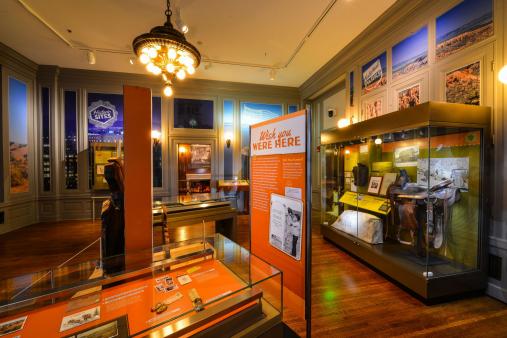 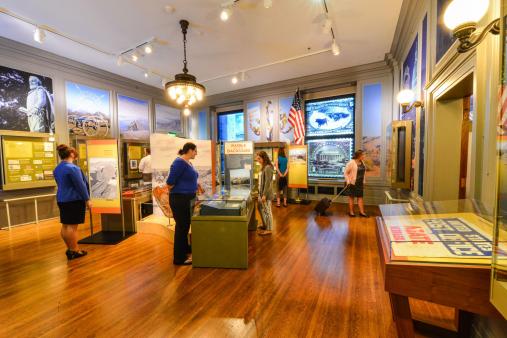