Florence Corporation and the US Postal Service’s history of centralized mail delivery are integrally linked, which is why we are so honored to be part of the Smithsonian’s National Postal Museum website.

From the very beginning, designing a centralized mailbox that fits with the needs of both the letter carrier and the resident has been a priority for Florence Corporation. After working for a mailbox manufacturer that closed during the depression, Saulia O Florence and Herbert Dix took their idea for a new centralized mailbox and in 1934 established Florence Manufacturing Company in a downtown Chicago garage. Three years and one patent filing later, the business was incorporated and became Florence Corporation.

Their patent, for the carrier to deliver mail through the top portion of the mailbox, while the resident retrieved their items in the bottom portion of the box, was approved in 1939 and the vertical mailbox was born.

Saulia was a die maker and operated the shop, while Herbert handled the office and sales of their now popular vertical mailbox.

Their centralized design allowed letter carriers to quickly and efficiently deliver mail to multiple residents in one location, while providing a new level of security for residents previously unheard of in mailboxes. These types of mailboxes were generally used for small and medium sized apartment buildings, being placed in the main lobby for easy access by both the residents and the carriers. 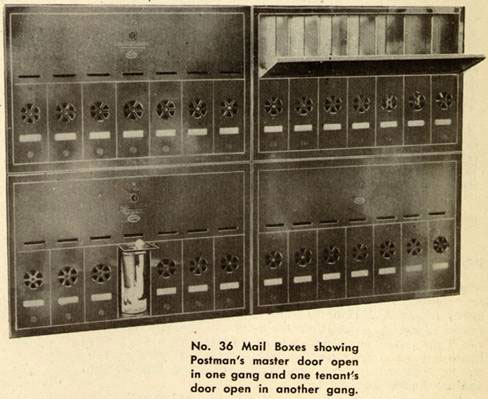 As the mail delivery system and types of mail have evolved, so has the equipment Florence has designed to receive it.  In 1958, Saulia sold all of his company stock to Herbert, who relocated the business to 24th and LaSalle Street and expanded the product offering to include horizontal mailboxes; a centralized mailbox that contained square compartments which were ideal for high rise apartment and office buildings as well as dormitories. Designed to achieve a maximum amount of units for a given wall space, these mailboxes were commonly referred to as ‘apartment mailboxes’. 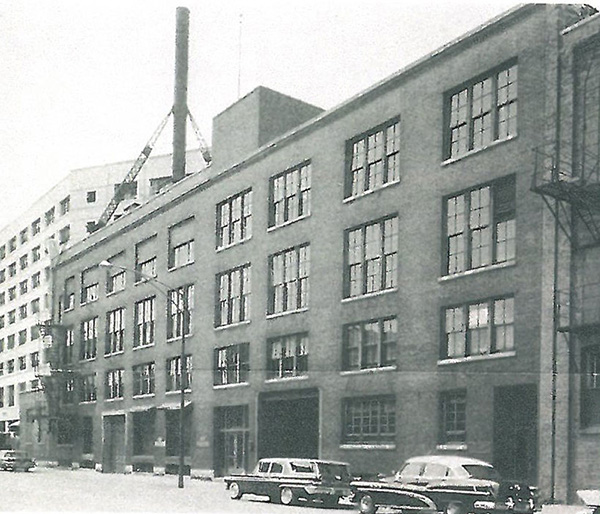 Florence Corporation in 1959 moved to its new home on Larrabee Street in Chicago, IL.

As the demand for more centralized vertical and horizontal mailboxes increased due to the continued specification by the Post Office Department, Florence Corporation moved locations once again to Larrabee Street. This move provided the flexibility to meet the increase in production and in 1963, Herbert’s son-in-law, Lloyd Schooley, joined the company to help out. 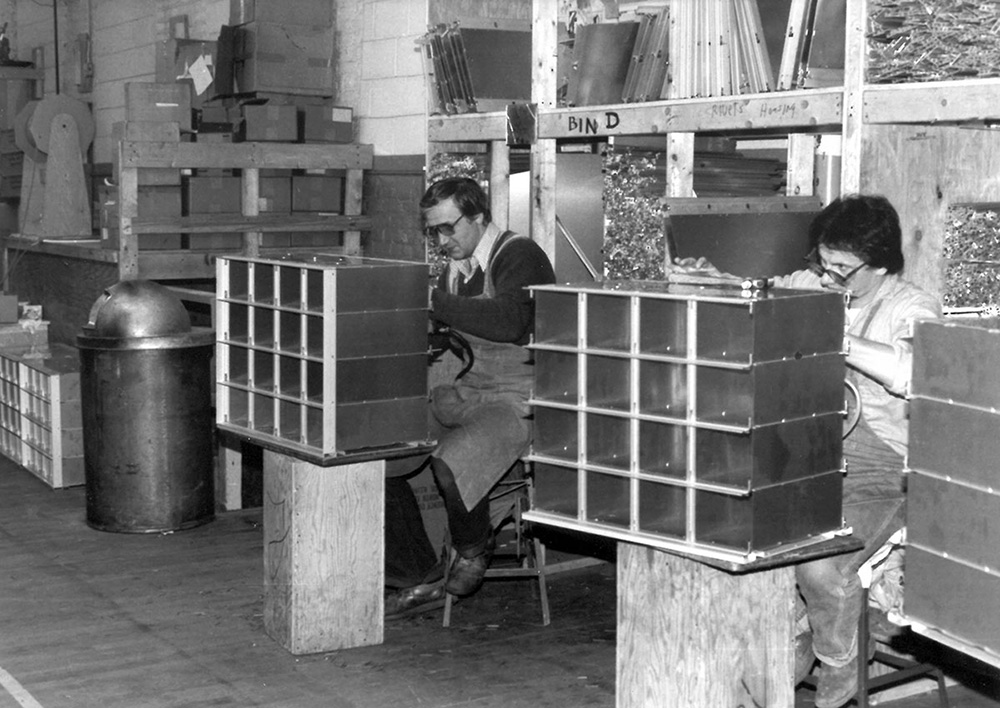 In 1975, to ensure these types of centralized mailboxes conformed to certain specifications, the US Postal Service established the “4B Standard” for both vertical and horizontal mailboxes. This standard “established the minimum acceptable manufacturing requirements and procedures for testing and accepting apartment house mail receptacles” and remains the standard for today’s vertical and horizontal mailbox products. Later that same year, when Herbert suffered a severe stroke, Lloyd was named President and took over running the business, ensuring all mailboxes manufactured by Florence met this new standard and successfully passed all US Postal Service testing.

The company moved locations in 1977 to once again increase its production capacity of the horizontal apartment mailboxes. But, by this time, the growth in US population in urban areas was slowing and suburban growth was on the rise. The US Postal Service developed the Neighborhood Delivery Cluster Box Unit or NDCBU, to replicate the centralized delivery success in multifamily settings for the single-family neighborhood. These free-standing, pedestal-mounted units were popular with letter carriers, because they could deliver the mail into the back of the units without ever leaving their trucks.  In 1983, Florence won its very first contract to provide mailboxes directly to the US Postal Service and significantly expanded its operating location once again to accommodate the addition of the NDCBU product line.

The mid 1990s and early 2000s included a flurry of company acquisitions to fuel Florence Corporation’s growth and mailbox offerings, including Cutler Manufacturing, famous for their chute mailboxes, and Auth Company – for which Florence changed their doing business as name to Auth-Florence Manufacturing Company. But the most significant work of the decade was partnering with the US Postal Service to develop the next generation cluster box unit.

Residents were growing tired of having their mail being rolled or folded to fit in the apartment mailboxes, and the growth of mailed catalogs spurred the need for larger mail compartments. Together, Florence and the US Postal service collaborated to develop a compartment where the mail could be placed flat when it was delivered. This work spurred the next generation NDCBU and the “E” Series Cluster Box Unit or CBU was introduced to the market. Florence moved its facilities to yet another location in Glendale Heights, IL to accommodate the manufacturing of this new product line under its second supplier contract with the US Postal Service. 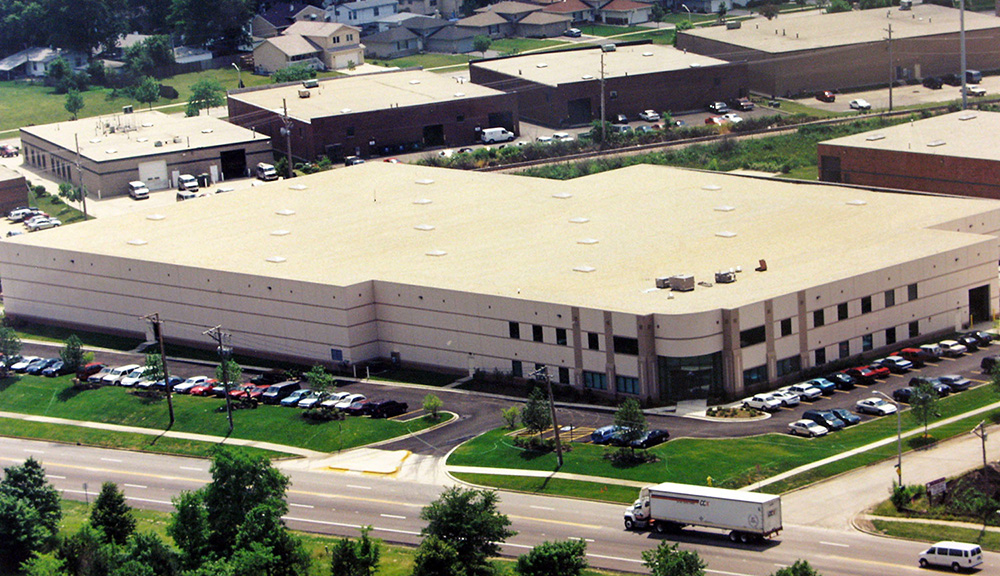 While the E Series CBU introduced more stringent security measures than its NDCBU predecessor, the US Postal Inspection Service was looking to take that even further so as to provide residents with the safest mailbox possible. Florence won an R & D contract with the US Postal Service and developed the High Security Cluster Box Unit or HSCBU, which significantly reduced vandalism and break-ins for high crime areas. Recognizing the work done on this new mailbox, the US Postal Service in 2003 awarded Florence with its first Quality Supplier Award. 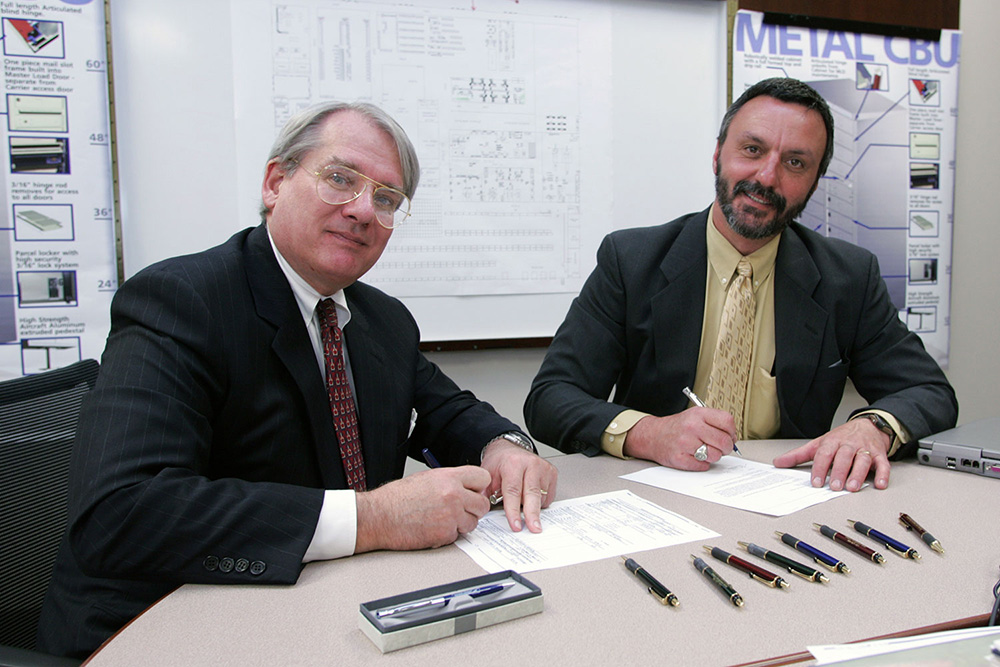 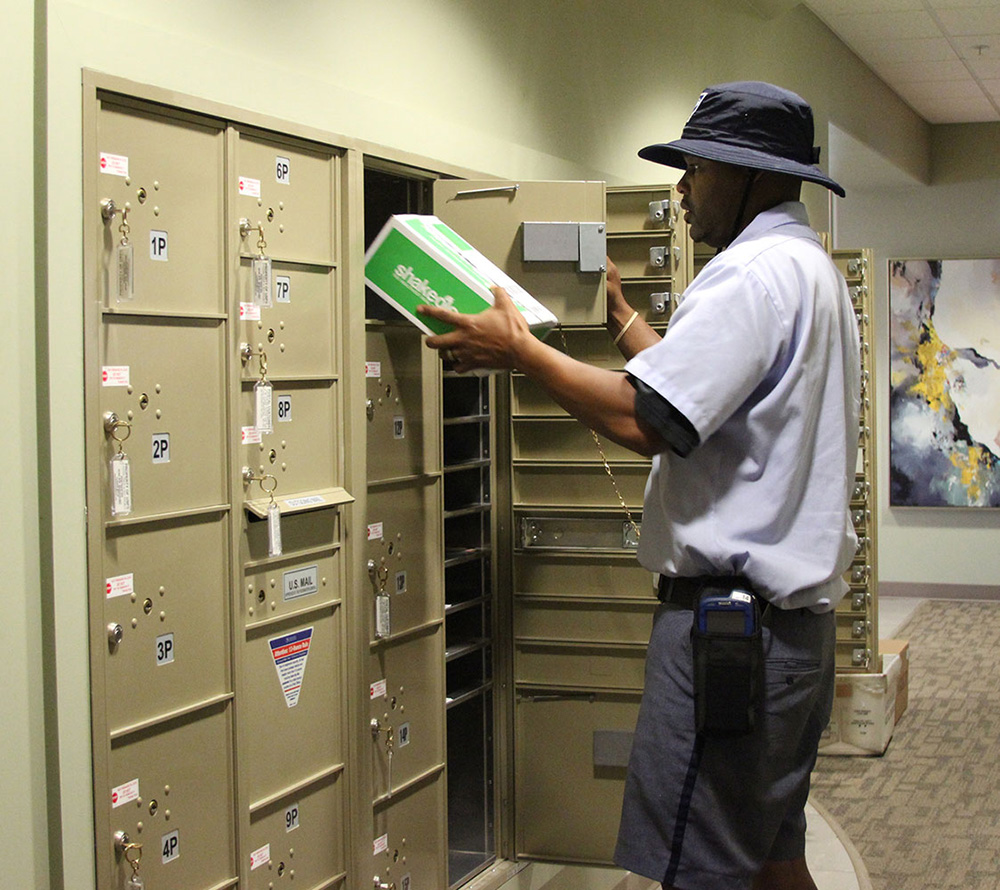 Florence was proud to serve on the committee which helped establish a new mailbox standard accommodating larger mail and package delivery sizes.

A few short years later, the US Postal Service established a Postal Service Apartment Mailbox Consensus Committee, which included representatives of mailbox manufacturers - including Florence, mailbox distributors, Postal Service customers, multi-unit residential and commercial property builders, owners and managers, and the US Postal Service. This committee developed the new centralized mailbox standard and introduced the 4C Standard in 2006 to replace the old 4B standard. Changing the mailbox from a square compartment to a flat compartment enabled it to hold several days’ worth of mail. The standard also established a new parcel locker requirement of one locker for every ten mailboxes due to the significant increase in online shopping shipments. Florence was proud to have been a part of this process and to be one of the primary manufacturers of what is now the premier standard in centralized mailbox equipment.

In 2007, the Schooley family made the decision to sell Florence Manufacturing to Gibraltar Industries, a publicly held company (NASDAQ: ROCK). Along with our sister company, Solar Industries who manufacturers curbside mailboxes, the Postal and Parcel Business of Gibraltar is going strong. We have recently returned to our roots and are once again doing business as Florence Corporation. 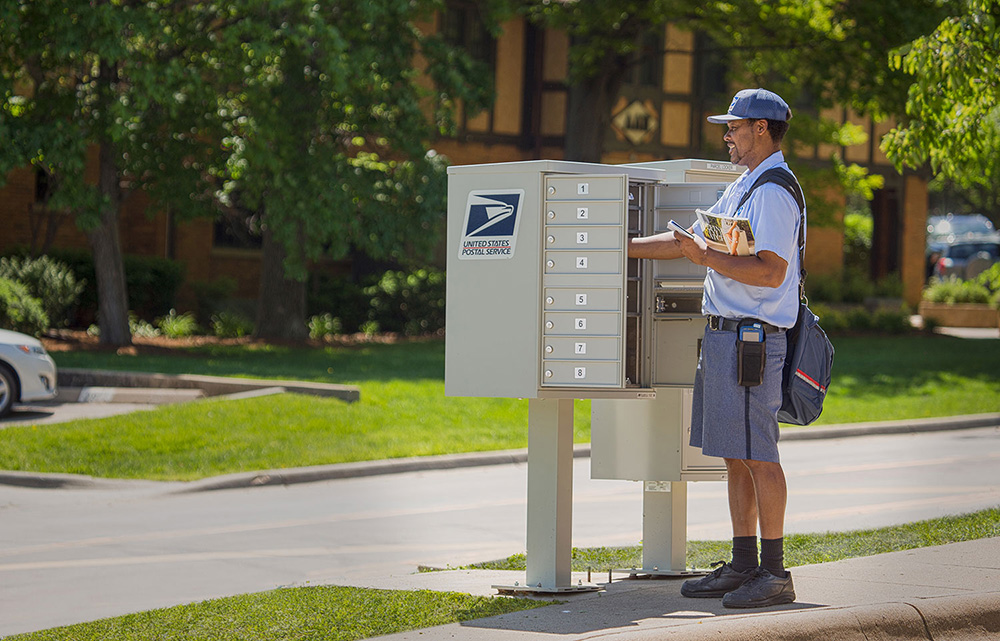 Florence continues to be the supplier of outdoor delivery equipment to the US Postal Service.

Today, nearly 85 years later, Florence continues to be the supplier of outdoor delivery equipment to the US Postal Service and with six postal awards and multiple equipment contracts from the US Postal Service, strives to supply the majority of the nearly 1.2 million new delivery points established every year. We know that most people take our products for granted, but we take that as a compliment, because we know they have been a strong part of everyday life for generations. So we will continue to work with design and construction professional, residents, and postal officials to determine what the mailbox must become to serve the ever changing mail and package delivery needs for generations to come.

‹ Equipment Manufacturers up Heidelberg ›
Back to Top