Between Home and the Front: Civil War Letters of the Walters Family

“Once more I attempt to address you by the silent language of the pen,” wrote Rachel J. Walters in a heartfelt letter marking a year since she saw her husband David Walters who had volunteered with the Union army. The Walters family relied on the mail to maintain bonds of love and friendship during horrific events of the Civil War. The Walters’s first-hand accounts of events and experiences on both the home front and front lines are featured in Between Home and the Front: Civil War Letters of the Walters Family, edited by Lynn Heidelbaugh and Thomas J. Paone, curatorial staff of the National Postal Museum and National Air and Space Museum, respectively, and published by Indiana University Press in 2022. Between Home and the Front provides a glimpse into the emotions and news that Private David Walters of the 5th Indiana Cavalry and his wife Rachel shared in their letters. Rachel became the hub of communication for the family, often receiving missives from David's brothers, Isaac and John Wesley, both of whom served with Indiana units, and relaying the information to friends and family.

Between Home and the Front follows several members of the Walters family from the first year of the war to its aftermath and encompasses moments when they thrived, survived, and suffered loss at home in the small farming communities of northern Indiana to the battlefields of the Midwest, South, and East. Their postmarked envelopes and missives contained the necessary details to trace and map the movements of Rachel, David, Isaac, and John Wesley Walters. From their letters, the vagaries of the writers’ original spellings, grammar, punctuation, and language—retained in the book’s transcriptions—make the literacy levels, personal preferences, as well as period customs of correspondence apparent. The words and expressions of each writer capture unique insights into the conflict's effects on individuals, families, communities, and America.

Selections from the Letter Writers

The Walters family donated over one hundred eighty Civil War letters, mailed envelopes, pension papers, and ephemera to the Smithsonian in 1964 and 1991. There exists an almost equal number of letters by Rachel Walters, her husband David, and his brother Isaac within the collection that includes correspondence exchanged among family, friends, associates, and veterans. The following introduces selections from their letters in the museum’s collection.

This letter represents one of the first written by David W. Walters, to his wife, Rachel, shortly after he joined the 5th Indiana Cavalry. David explained why he felt the need to join the military, even though it meant leaving Rachel and their young son Willard. He apologized for the hardships Rachel would face because of his choice to volunteer. These sentiments traveled homeward enclosed in this envelope illustrated with imagery that incorporates the abbreviations for all thirty-four states, including those that recently seceded, and reflects a commitment to the Union that David Walters shared.

“Kind and affectionate companion, once more I attempt to address you by the silent language of the pen. [ . . . ] if I could hear from you as often as I used to it would not seem quite so hard. It is just one year ago today since I last saw you and oh what a long year it has seemed.”

The regular exchange of information in letters helped the Walters family endure the separation during the war, but disruptions in correspondence could cause anguish for both military personnel and loved ones at home. Rachel Walters lamented the length of time since she last saw her husband David and last received a letter. Her own letter dutifully carried references to family members, brief news of the local efforts to fulfill draft quotas in their Indiana home counties, and prominently featured a patriotic illustration with the banner “Union Forever.”

The collection includes a couple of letters by John Wesley Walters to his sister-in-law Rachel, but the contents of this cover did not come to the Smithsonian’s collection. Despite the lack of the original letter, some of its message is known through Rachel’s recounting to her husband David. In her April 12, 1864 letter (NPM 1991.0291.56), she wrote of a recent update from Wesley: “I also received a letter from Wesley last night he was well and at Alexandria Louisiana but they expected to move right on to Schreers port distance about 175 miles.”

“I feel very Sorry for you that you cant hear from David you must be on great Suspense & you must feel very lonely but you must look upon the bright Side of the picture & hope for the best. I think he will turn up all right Sometime if the graybacks dont Starve him to Death & I hope they will fail in this if they undertake it”

With salutations to his “Dear Sister,” Isaac Walters began this message to his sister-in-law Rachel while camped outside Petersburg, Virginia, where his regiment was engaged in a siege of the city. His letter continued with phrases meant to console Rachel, whose husband David had been captured as a prisoner of war in the spring. Isaac’s writing shifted to self-reflection with indications he felt war weariness—at the time, he had served with the 20th Indiana Infantry for over three years and survived some of the war’s most brutal battles. His outlook turned downcast, as he opined, “I think the war will close Sometime or never if it never closes I guess there is no danger of us poor Soldiers gettin out of a job.”

Rachel Walters’ request to Clara Barton’s Missing Soldiers Office for informaton about the death of her husband David resulted in at least two letters from veterans who provided eyewitness accounts. This message on the office’s stationery provided details of the date and location of David’s death at the Florence Stockade, a prisoner-of-war camp. With the testimony of veterans, Rachel was able to document her husband’s death while in military service and apply for David’s pension for herself and their son Willard. Just as for the Walters, the Missing Soldiers Office gave tens of thousand of Americans a sense of closure with news about their friends and family who had not returned from the war. The office’s correspondence network was able to identify 22,000 missing men.

For future program opportunities about the book and author talks, contact the museum staff at npm_curatorial@si.edu.

Read More About the Letters and the War

The museum has featured the Walters’s papers in online projects and exhibitions in addition to the book, Between Home and the Front.

Mail Call
“I Regret to Inform You”
The May 27, 1865, condolence letter (NPM 1991.0291.109) from Captain John S. Louderback to Rachel Walters is described in the companion website to the Mail Call exhibition (2011-ongoing). The letter was on exhibition at the National Postal Museum in 2011.

Object Spotlight
“Civil War Letter”
The April 17, 1865, letter (NPM 1991.0291.102) from Isaac Walters to his sister-in-law Rachel was featured as an Object Spotlight article upon the sesquicentennial of the Civil War in April 2015.

Lynn Heidelbaugh, curator at the Smithsonian National Postal Museum, specializes in the history of the US Postal Service. She has published essays and created several exhibitions about military mail, including "Letters Home" in Smithsonian Civil War: Inside the National Collection, and the exhibition My Fellow Soldiers: Letters from World War I, for which she received a Smithsonian Secretary's Award for Research in 2018. 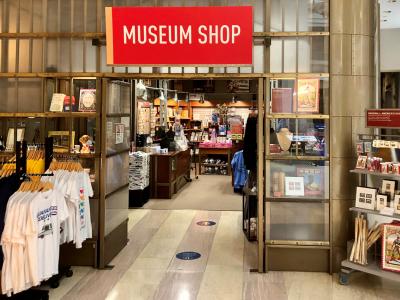