A Thirst for Deeper Knowledge

Andy Oleksiuk’s grandfathers—a priest and a nurseryman—shepherded their young families from Ukraine, their ravaged homeland, soon after WW II ended. A series of displaced persons’ camps situated across Europe and then a long journey to Milwaukee, Wisconsin, marked the flight and his parents’ childhoods.

Genealogy and a thirst for deeper knowledge of his Ukrainian heritage led Andy Oleksiuk to philately. His father encouraged him to collect stamps and took him to his first stamp show at age seven. At that time, Andy admired stamps as visual art, but as he matured he found that stamps also tell stories. They provided a window through which he could understand his parents’ and grandparents’ early lives in Ukraine. “My parents’ stories only hinted at the complexity of historical facts,” he recalls, “and so I looked to stamps for answers. Stamps reveal a country’s history—its ideals, its culture, its politics, its patriotism.” Certain of philately’s power to educate, each year Andy distributes millions of free stamps to children at the festive “Taste of Chicago.” 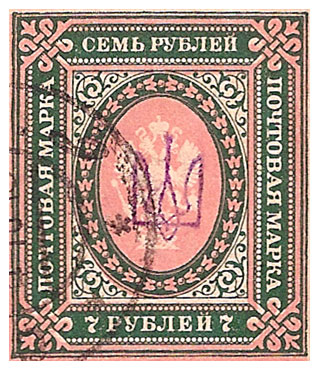 Ukraine
‹ Behruz Nassre up Carlos Pedroso ›
Back to Top