Shared language, fundamental to ethnic identity, played an essential role in Gerhard Wolff’s decision to collect the stamps of Germany. So too did Germany’s pre-Nazi lighter-than-air technological superlative, the zeppelin. A collector since his school days in Hanover, where he traded his father’s cigarette coupons for stamps, Wolff’s outstanding exhibits of mail dispatched from over seventy countries and flown by zeppelin have won many prestigious awards.

The Wolff family left Nazi Germany in 1941, immigrating immediately to the United States. While adjusting to his new home and struggling with a new language, twelve-year old Gerhard pored over German-language stamp and auction catalogs, dreaming especially of zeppelins. Joining other collectors at a weekly stamp auction helped Gerhard assimilate into American society and form many lifelong friendships. 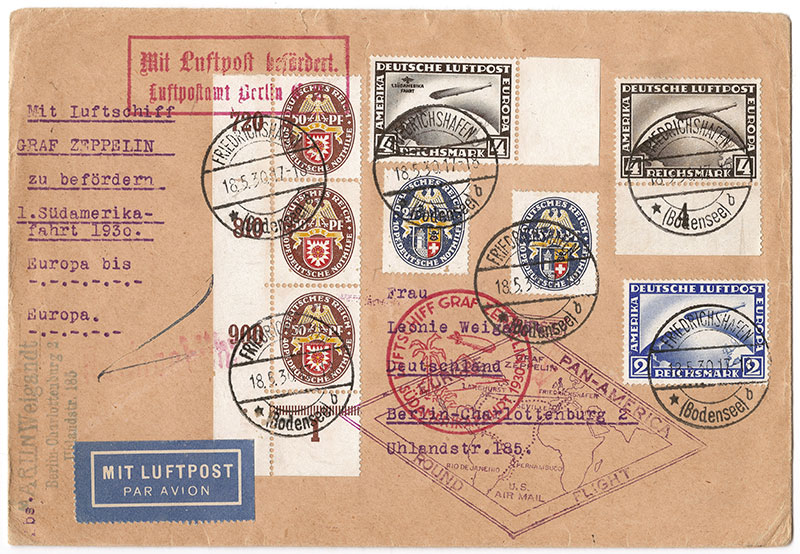 Germany
‹ Tanika Williams up Stories from Others ›
Back to Top