Vesma Grinfelds’s parents’ frantic escape from Jelgava, Latvia, in 1940 serendipitously opened the world of philately to her. Fleeing the invading Soviets on bicycles, Vilis and Laima Grinfelds found safety in an American military camp, where they traded their cigarette rations for stamps of the Baltic region. The intriguing stamps and their beautiful handmade album, one of the few precious items the Grinfelds carried to their new home in the United States, fascinated Vesma as a child. “I cannot recall a time I did not collect,” she says.

Vesma’s desire to complete her parents’ album taught her much about her ancestral homeland. Among her favorites, stamps printed on the backs of banknotes and military maps poignantly underscore Latvia’s war-time poverty. Grinfelds’s exhibits of Depression-era Latvian “slogan” hand cancels offer cultural glimpses into her homeland as well as the depth of her attachment to the land her parents left behind. 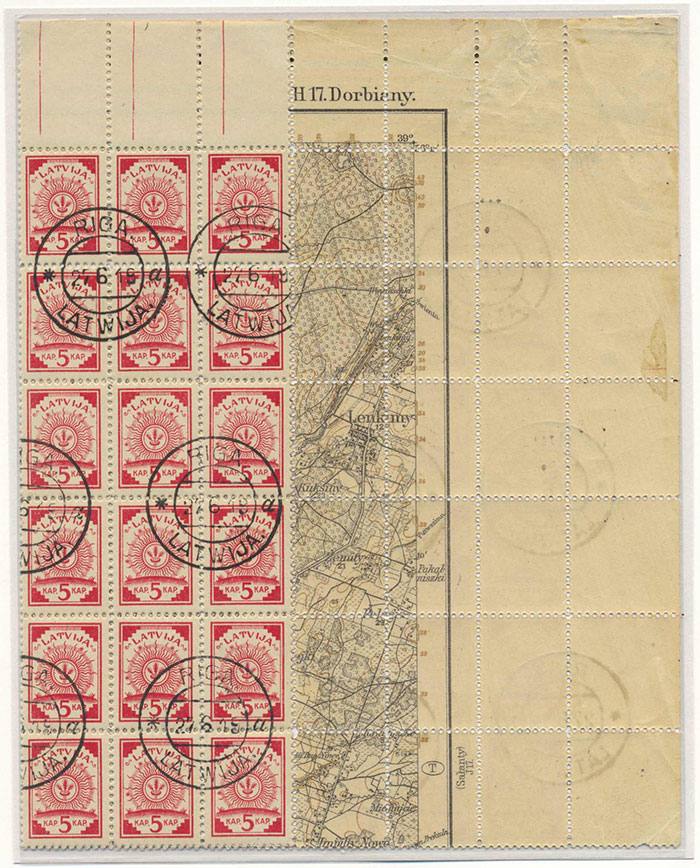 Northern Europe
‹ Dzintars Grinfelds up Jaime Marckwordt ›
Back to Top