A critical need to modernize the expanding nation's postal service prompted the United States to issue its first postage stamps in 1847. Steady immigration from Europe and the relentless push onto western frontiers, thriving industrial and commercial sectors, rising literacy rates, war with Mexico, ideological conflict over slavery, sectional tensions . . . all highlighted the urgency of updating the channels through which written communication flowed.

Patrons and postal officials alike recognized the need for the U.S. government to issue stamps that could be used throughout the country and among nations. Leading the way, in 1840 Great Britain had issued the world's first prepaid postage stamp, a 1-penny portrait of Queen Victoria known as the “Penny Black,” which eliminated payment by the recipient. The first United States general issue postage stamps, stamps for distribution throughout the country, were prepared under authorization of the Congressional Act of March 3, 1847.

Rawdon, Wright, Hatch & Edson, a banknote engraving firm, prepared the essays (or trial designs for the proposed postage stamp) for the first United States general issue of postage stamps. Postmaster General Cave Johnson initially instructed the firm to use a portrait of recently deceased President Andrew Jackson on the 5-cent stamp and George Washington on the 10-cent denomination. However, the essay, drawn in india ink and pencil, showed that Jackson had been replaced by Benjamin Franklin, the first postmaster general appointed under the Continental Congress.

The replacement was explained in a letter of March 20, 1847, written by the printer to the assistant postmaster general:

In accordance with your suggestion, we have substituted the Head of Franklin for that of Gen. Jackson, which our Mr. Rawdon was requested to use by the Post Master General.

Franklin's portrait, based on artwork by James B. Longacre, would be more acceptable as a unifying icon for the divided nation because of his role in securing independence for the country. Both the Franklin and Washington stamps became valid for use on July 1, 1847. The 5-cent Franklin stamp paid the rate for a letter per half-ounce sent under three hundred miles.

The city of Philadelphia appointed Franklin, who operated a print shop there, its postmaster general in 1737. This role increased his newspaper's paid advertisements and circulation, because Franklin could distribute his gazette free of charge. Franklin admitted in his autobiography that, in earlier times, he had bribed riders to carry his papers privately and “out of the mails” (outside the official postal system). In his new role as postmaster, he sought more efficient, reliable, and profitable operations.

Then in 1753 the British government appointed him joint deputy postmaster for the colonies. His efforts extended mail delivery outside the colonies, initiated night travel for postal riders to speed delivery, and created a dead letter office for undeliverable mail. By 1757 he had surveyed the post roads and reorganized postal operations, a step that allowed smoother communication among the colonies, which was ultimately crucial to the Revolution.

In 1774 the British displaced Franklin as postmaster. In 1775 Franklin became a Pennsylvania delegate to the Second Continental Congress, which appointed him the first postmaster general of the independent united colonies, a position he held until he left to serve as ambassador to France in 1776.

The United States post office has issued over one hundred thirty stamps depicting Benjamin Franklin. He has also appeared on booklet stamps, postal stationery, and revenue stamps. The rarest Franklin stamp is the 1-cent Z grill, with only two copies recorded of this National Bank Note Company issue of 1867-68. In 2006 the United States Postal Service honored Franklin's 300 th birthday with a block of four stamps illustrating his various roles as printer, scientist, postmaster, and statesman.

The Benjamin Franklin free franks were on display in the Out of the Mails exhibition at the Smithsonian Postal Museum from December 2006 to January 2008. 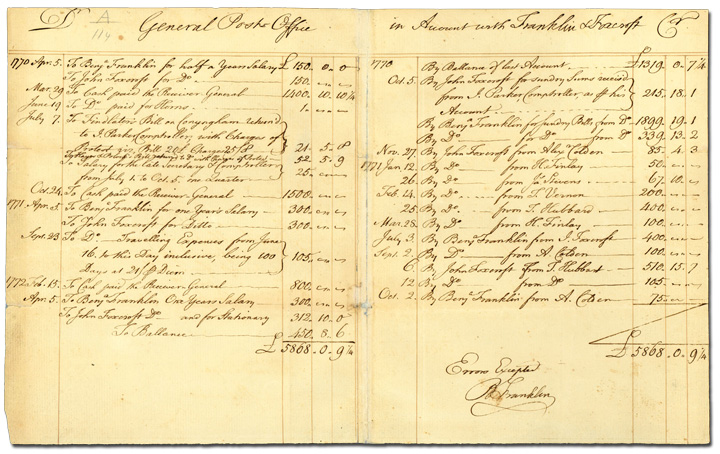 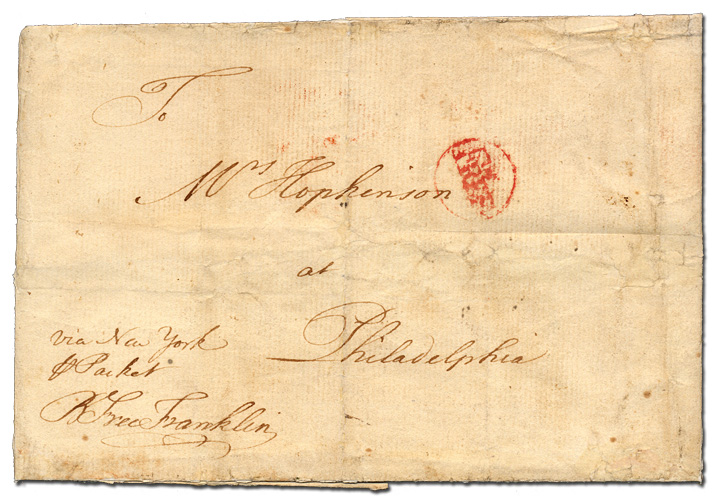 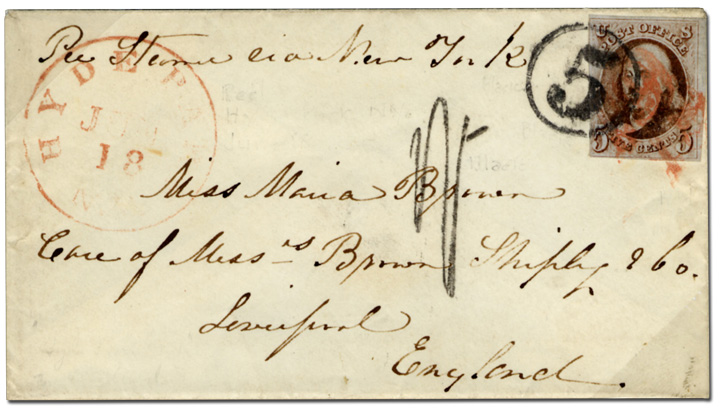