Contract mail carrier Ed Biederman (1861-1945) used this dog sled for his 160-mile route between Circle and Eagle, Alaska. Sam Olson built the sled of hickory in 1922. It has moose hide lashings and iron runners, brake, and springs, with cotton cords for securing mail loads. In 1935 frostbite crippled Biederman, after which he retired. His son, Charlie Biederman (1918-1995), took over the route. Charlie's days as a dog-sledding mail carrier ended in 1938. He kept the sled in the family and gave it to his nephew, Max Beck, who donated it to the National Postal Museum in 1995. The sled is currently on display in the museum’s “Networking a Nation” exhibit. 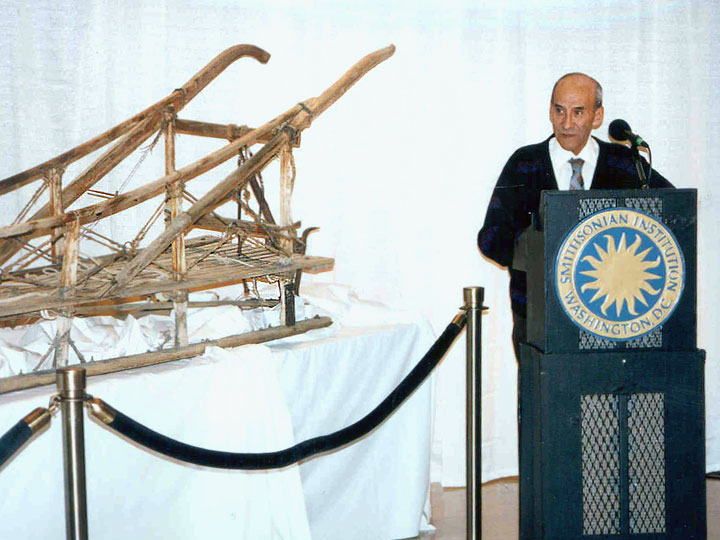 Charlie Biederman at the National Postal Museum in 1995

Mail had been carried by dogsled across the Alaska and Yukon snows for several years before the Biedermans went mushing with their first pups. The irresistible lure of gold had drawn thousands of Americans like Ed Biederman to the Klondike and Alaska in the 1890s. Words from home were a desperately-sought comfort in the strange, harsh land. It fell to the Post Office Department to ensure that these gold stampeders could maintain contact with family and friends thousands of miles away. For several years most of the contractors who were hired to deliver mail used dog sleds during the long, dark winters. 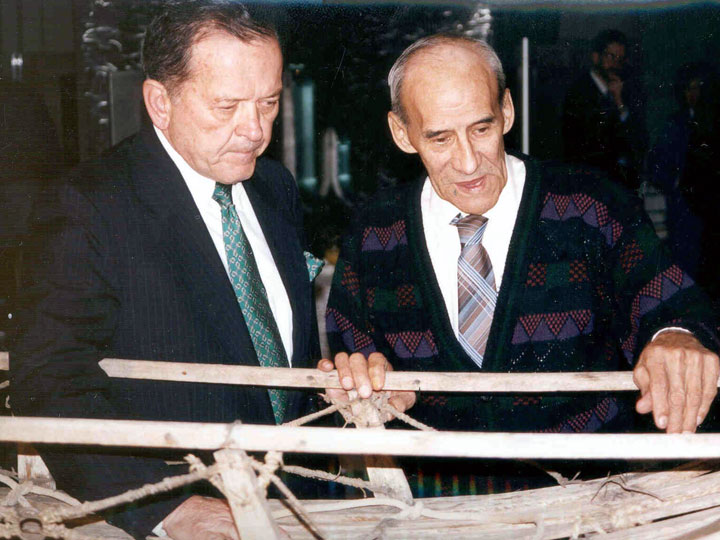 Because weight was a critical factor for the dogs, the sled mail was usually restricted to first-class pieces unless room was available for newspapers, magazines, and packages. These items were otherwise left behind until spring, when they might be transported by steamboat or wagon.

As Precious as Gold »