At grocery stores across the country, millions of Americans buy eggs every day. They pick up a cardboard carton, carefully check the eggs for cracks, then put them in their carts and take them home. But how do the eggs get from the farm to the grocery store? The specially shaped egg cartons we see every day are based on an old design—that of the parcel post mailing egg crate, like the one seen here. Despite the many changes and advances in transportation technology, eggs have traveled in much the same way for nearly 100 years. 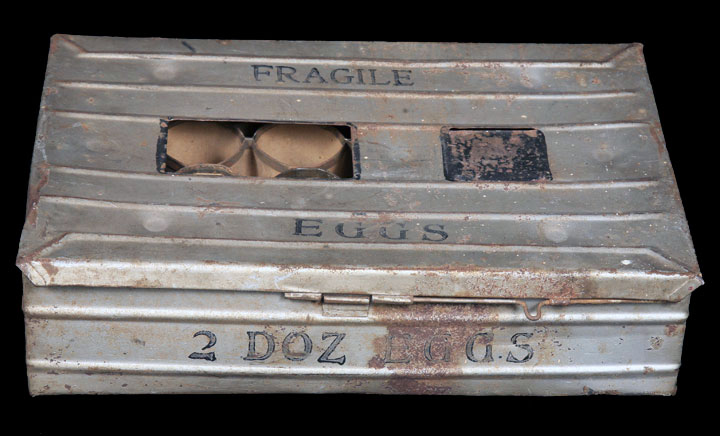 For much of the early history of the Post Office Department (POD), patrons were required to pick up their mail from the local post office.  Many rural families lived miles from the closest town. They were not able to receive free mail deliveries, and were thus fairly isolated from current events and technological innovations. With the introduction of Rural Free Delivery (RFD), an official part of the postal system, by 1902 and parcel post in 1913, rural families were no longer so isolated. With parcel post, even small family farms could afford to sell their fresh produce, such as eggs, to consumers in nearby cities. 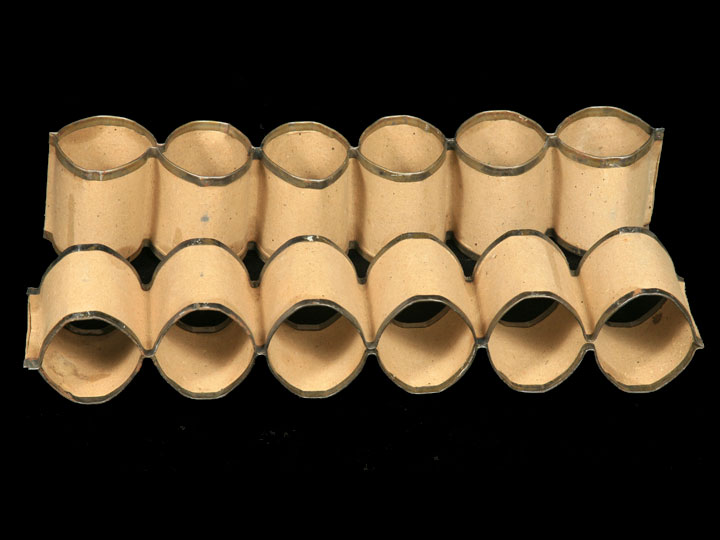 When parcel post first began, it was fairly costly to mail a package. Additionally, the POD set strict weight limit of 11 pounds on packages. With these weight limits, it was not cost-effective for farmers to mail their eggs to consumers in the cities. However, the Department soon raised the weight limit to 20 pounds, and the egg business began to boom.

This egg crate belonged to a family on a small farm in Minnesota, some fifty miles north of Minneapolis. The family sold their eggs to “local stores and neighbors…¹ in the surrounding area. A family like this would have sold a few eggs for a little extra spending money, while saving enough eggs for their own uses. This crate held two-dozen eggs, just enough to sell to a small grocer. Other similar crates held as little as one-dozen or as many as six-dozen eggs! Special separators within the crate look very much like modern egg cartons, and worked in the same way to keep the eggs safe during transit. A small window on top held the address card and postage for the letter carrier. 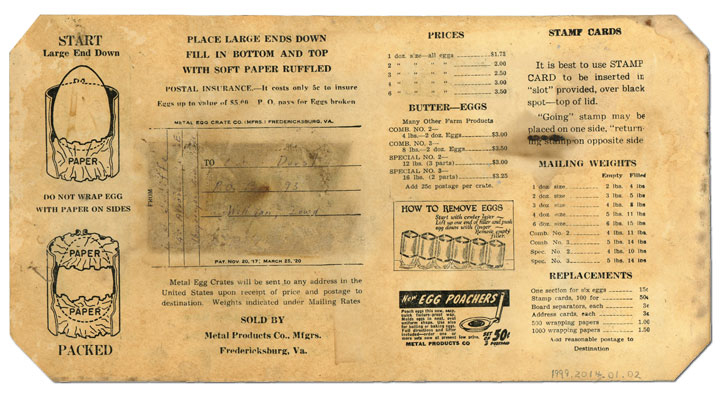