Franklin D. Roosevelt (1882 - 1945), thirty-second president of the United States, served an unprecedented four terms. Elected during the Great Depression, he served into World War II. He died at 63, on the eve of complete military victory in Europe and within months of victory over Japan in the Pacific.

The rewards of stamp collecting blessed much of FDR’s life. As a child, he looked to stamps for knowledge about the world. As a polio-stricken adult, they offered solace. Throughout his entire life, including his presidency, he spent time each day with his collection. During the 1930s, he and Postmaster General James A. Farley enthusiastically brainstormed over stamp designs, colors, and themes. Roosevelt actually sketched numerous ideas for stamp designs.

The time each day spent with his stamps relaxed President Roosevelt during those very tense times. He claimed, “I owe my life to my hobbies – especially stamp collecting.” His son James recollected, “I have vivid memories of Father sitting at his desk when he had a half hour or hour with no appointments . . . with his stamp books and an expression of complete relaxation and enjoyment on his face.”  In addition to enjoying his stamps privately each day, FDR joined stamp clubs, bought stamps from dealers and in auction, and promoted the hobby by association with stamp shows such as the 1936 international exhibition TIPEX in New York City. 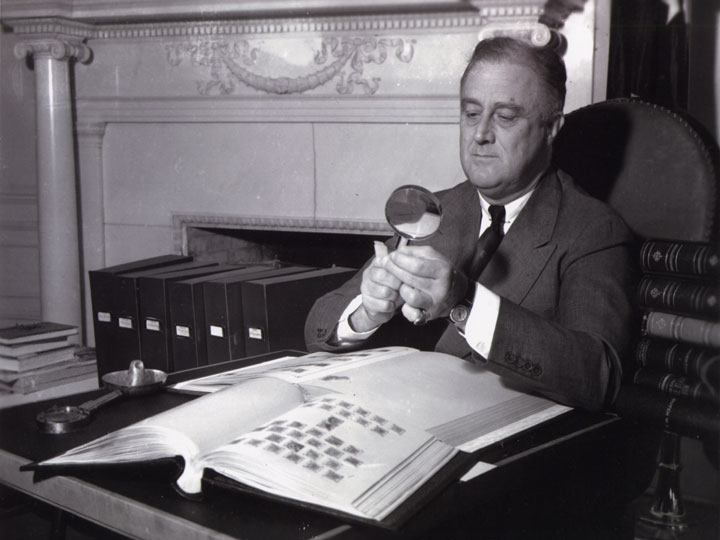 During the 1930s, the White House released numerous photographs of FDR working on his stamp collection. As international relations became chaotic, the image of a relaxed president metaphorically “putting the world in order” reassured the nation. Several countries—including the Cook Islands, Monaco, Philippines, Turks & Caicos, and Yemen—have used these images of FDR studying stamps with his magnifier for stamp designs. Over eighty nations have honored FDR on postage stamps and philatelic issues. 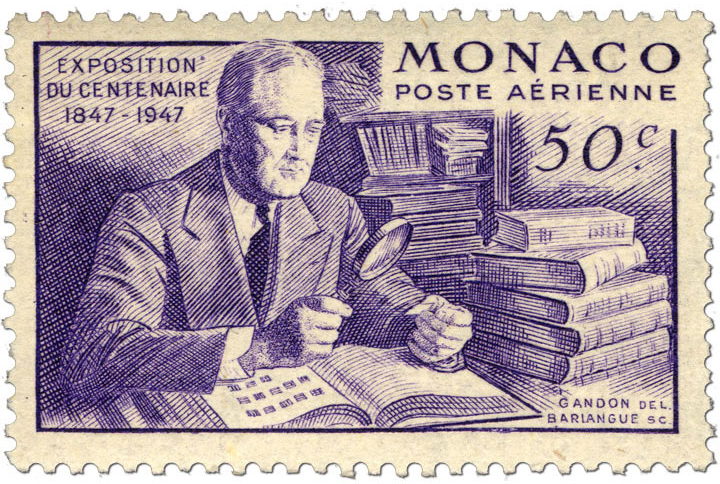 Monaco postage stamp of FDR examining his stamps, 1947. Note the design error -- his hand at the right has five fingers plus a thumb!

In 1946, following FDR’s death, his family sold his philatelic estate through Harmer Auction. The four FDR stamp sales brought high prices and controversy. Most philatelists wanted to own a piece of the nation’s most famous stamp collection, but some argued that the U.S. government actually owned the fabulous holdings of U.S. essays and proofs. Winning bidders in Harmer’s FDR auctions could have their purchases marked with a rubber stamp to verify that they came from the president’s collection. Stamp dealers bought many large lots of common stamps and mounted them on cards for sale as inexpensive souvenirs. Today, collectors still eagerly seek these ex-FDR philatelic items for their own collections. 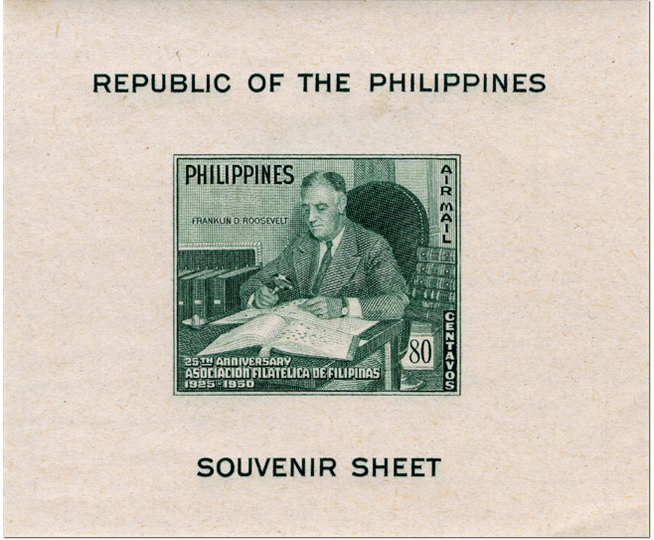 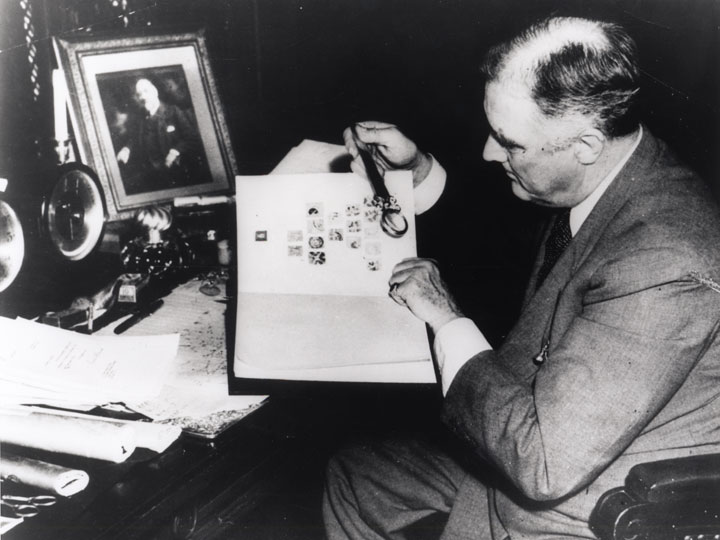