"The wheels on the bus go 'round and 'round..." to get the mail to you. The first Highway Post Office bus was inaugurated on February 10, 1941, on a route running from Washington, D.C. to Harrisonburg, Virginia. However, a second route was not established until 1946 due to the outbreak of World War II. Every time a new route was established, there would be a special "first day cover" cancellation created for the philatelic mail carried that day. The first post office bus was designed and built by the White Motor Company of Cleveland, Ohio, and is now a part of the collection at the National Postal Museum. 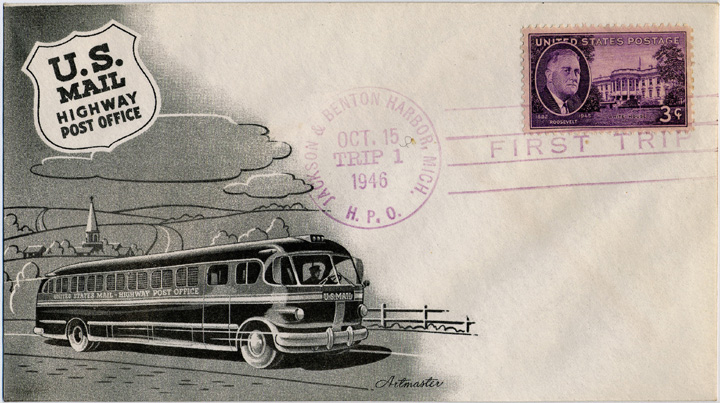 Although intended to replace the Railway Mail Service, these sorting facilities built on bus chassis remained almost identical to those built into railway cars. Windows were screened and barred to provide security for the cargo and postal employees. The postal workers would sort mail by artificial light into letter cases as the bus moved along its route. Storage space was located at the rear of the bus; an average of 640 square feet was set aside, and capacity was approximately 150 mail sacks.

Highway post office bus service was designed as a response to declining railroad traffic in the early 1940s. With its sleek design (for a bus) and stylishly patriotic red, white and blue paint job, a Highway Post Office bus would have been a common sight along the rapidly expanding highways of the 1950s and 1960s. As the United States was growing, use of the highway system was growing as well, meaning fewer passengers for the railways. 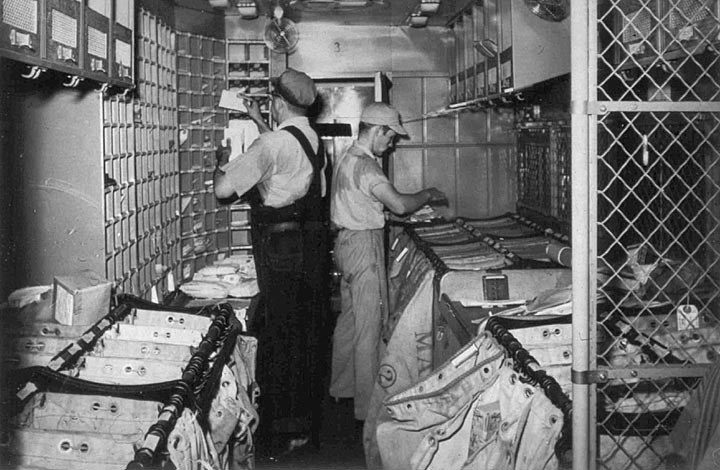 The changing character of cities and of the mail itself eventually led to the death of the Highway Post Office. Business mail, once a small portion of all correspondence, had grown to 80 percent of the total volume of mail in 1963. Centralization of both business accounts and social centers highlighted mechanization problems in the system that were addressed by the presidentially appointed Advisory Board of the Post Office Department in June 1962. The advice of this board was to adopt a coding system for the mail, requiring a complete reorganization of the postal system already in place. The adoption and expansion of the "Metro system," with its ZIP codes (1963) and sectional centers (1960), spelled the end for the Highway Post Office system. Although the bus in the Postal Museum's collection was decommissioned in the 1960s, the Highway Post Office service ran until June 30, 1974. 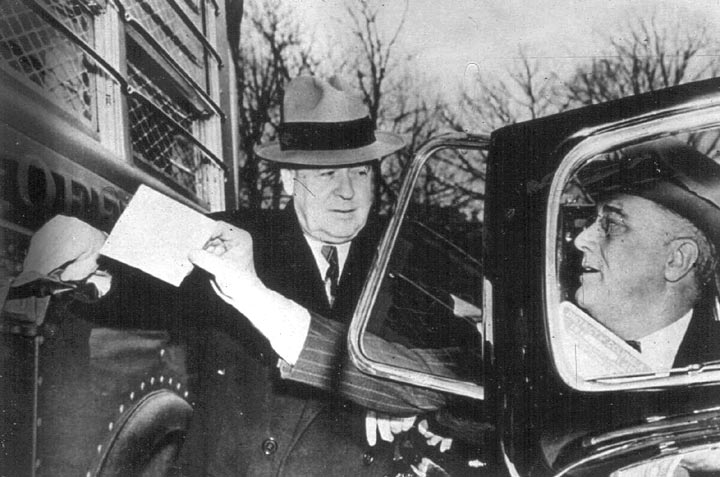