Rohrpost. Tubes pneumatiques. Tubular mail. Long before email, businesses had already addressed the problem of rapid transmission of messages over long distances. While use of the telegraph was popular, the transmitted message still had to be transcribed on paper and delivered by hand. In response to this, governments of large cities all over Europe adopted a system of transmitting printed messages in pneumatically propelled capsules through subterranean tubes to their intended recipient. 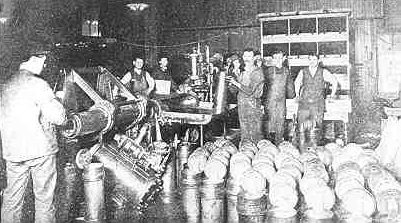 Although the actual construction of the pneumatic system varied all over, the general working principle remained the same: a cartridge containing small packages or telegrams would be loaded into an airtight tube. It would then be propelled by compressed air pushing the cartridge to the end of the tube; or alternatively, it would be propelled by means of suction that created a partial vacuum in the tube (depending on its destination). In London, a series of "street tubes", rotary switches, and "house tubes" allowed a message sent by pneumatic post to make it all the way to the recipient's residence.

In the United States, pneumatic mail was experimented with in the largest cities-Boston, New York City, Philadelphia, Chicago, and Saint Louis to varying degrees of success. The system developed by the Western Union Telegraph Company in New York allowed for the transfer of messages between main and neighborhood post offices and railroad terminals. Installation of the tubes was problematic, with previously laid pipes for sewage and gas limiting the size and thus the amount and kind of mail a pneumatic tube could carry. Water table levels also presented difficulties; in Philadelphia, some parts of a pneumatic mail system had to be buried 22 feet deep, or ten feet below the level of the water. 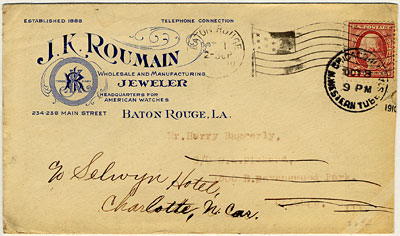 Pneumatic mail service was also expensive. Since the tubing was dug, laid, and owned by private companies, the cities had to pay rent and labor. In Brooklyn alone, in 1898 the yearly cost ran from $87,500 to $152,597, depending on the number of branch offices served on the line. Mail was transferred between New York City and Brooklyn over the Brooklyn Bridge, a line that itself cost $14,000 in rent per year and $ 6,200 in labor.

However, some cities were willing to pay the price for speed. Mail carried in pneumatic tubes traveled at speeds as fast as 35 miles per hour. Pneumatic mail service seems to have enjoyed its greatest success in New York City. Distances that had once taken up to 40 minutes by mail wagon could be covered by a cylinder sent through the pneumatic tube network in as little as seven minutes. Each cylinder (at least the ones in New York City) could hold 600 letters. Mail sorting also benefited by use of the cylinders-whereas the large loads of mail delivered by streetcar had to be sorted immediately on site, mail delivered by cylinder could be dispatched and sorted at intervals, and the entire load would be sorted and distributed before the streetcar could even reach the station. Pneumatic tube mail was one of the factors leading to the demise of mail-by-streetcar. Eventually, New York City would be covered by 27 miles of pneumatic tubes.

Pneumatic tube mail was used in New York City until the 1950s. Service between Brooklyn and New York City was discontinued in April 1950 because of repairs on the bridge and was never restored. Service was suspended in 1953 for the rest of New York City, pending review. It had never been reinstated. However, use of pneumatic mail systems survived in Paris until 1983, when it was finally replaced by telexes and fax machines. The same sort of pneumatic dispatch system is still in use today at large stores such as Sam's Club and Home Depot, hospitals, and most familiar to most of the public, banks across the United States.