It’s five o’clock but instead of going home after work, the American workforce goes out to play.

There are numerous sports teams and leagues across our nation, entirely comprised of working adults looking for a fun way to relax after a long day. Postal employees have been no different. They have a long history of forming sports teams, just for fun. As early as the late 19th century, there have been postal employee baseball and basketball teams, bowling leagues, bands and choirs. Some postal employees even moonlight as hockey players. 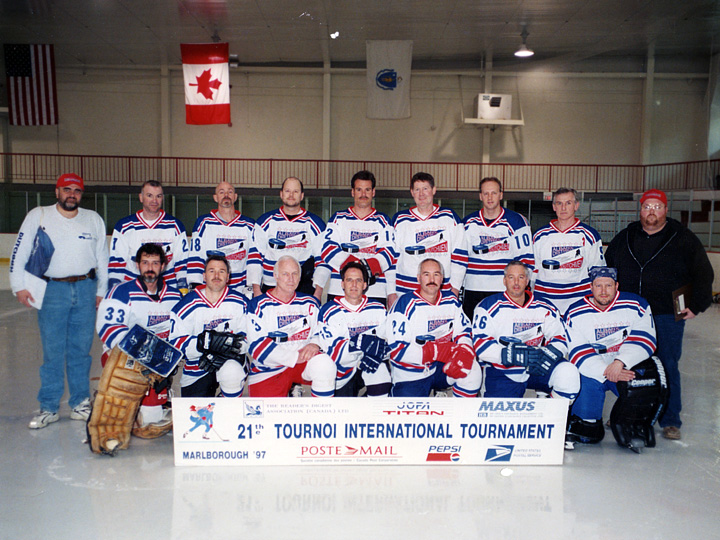 Postal employees Tony Sanzo, #26, and Mike Gallagher, #17, wore these jerseys for the Albany District Dutchmen in 1997. The Dutchmen were just one of several hockey teams throughout the US and Canada who have participated in the International Postal Hockey Tournament. This tournament has been played since 1977 with the mission of “Friendship through Hockey.” The tournament, still held each year, is an opportunity for employees to come together and have fun outside the post office. But these games are not just about fun. The tournament has raised over a million dollars for various US and Canadian charities. 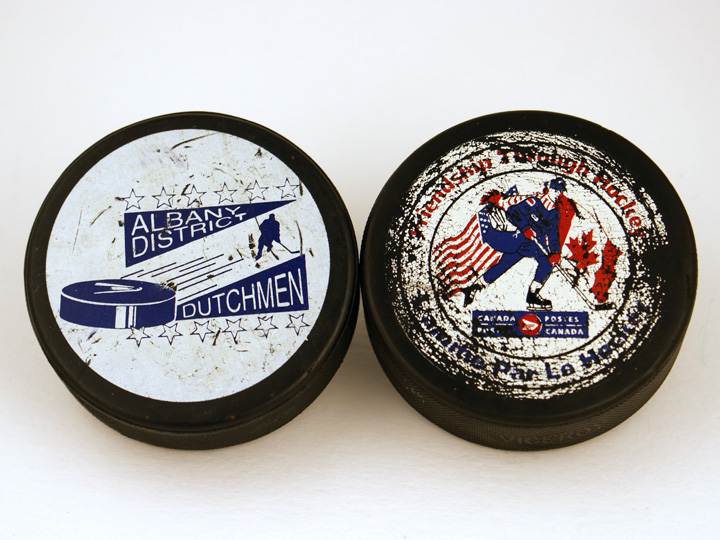 Among the objects recently donated to the museum celebrating the International Postal Hockey Tournament are these two hockey pucks. They were used in the 1997 Tournament, held in Marlborough, Massachusetts. Each puck has a silkscreened image on one side. One puck shows the logo of The Dutchmen, while the other shows the logo of the International Postal Hockey Tournament. The scratches across the surface of each image are evidence of the vigorous play involved in hockey. These pucks skittered and bounced across the ice in each of the Dutchmen’s three games. The Dutchmen succeeded in a win over the Michigan Eagles, but lost in later games to two Canadian teams.

Though no longer an active team, the Albany District Dutchmen played in the International Postal Hockey Tournament from 1995 until 2004. The team was made up of postal employees from a variety of backgrounds within the USPS. Co-Captain and right winger Fred Conley, #3, recalls that while the players comprising the team may have been supervisors, letter carriers and dock clerks, “…on the ice, we were all just hockey players…” For the Albany District Dutchmen, and so many other postal employee sports teams, sports are a chance for all employees to be equal. 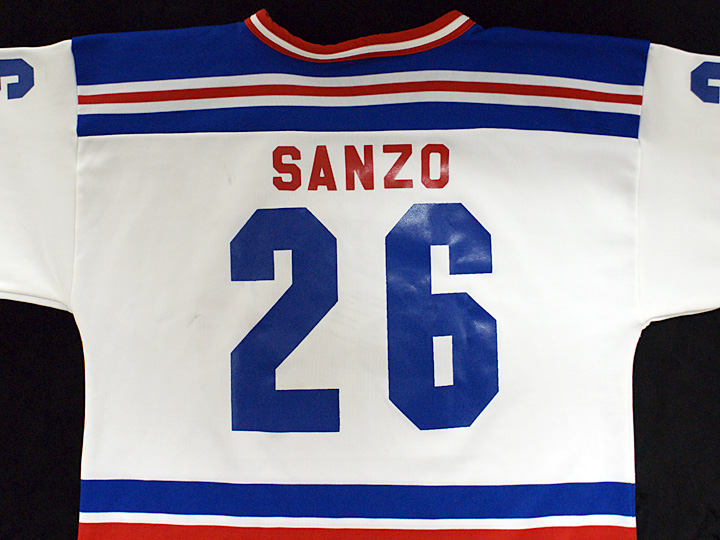 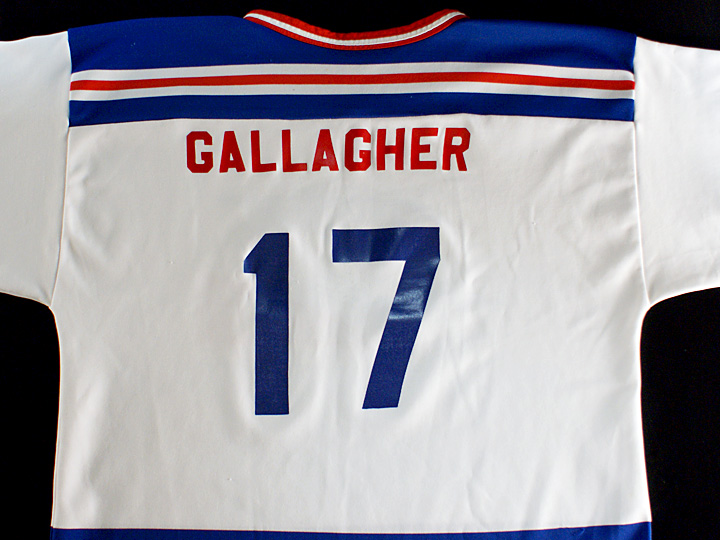 Sports and Recreation
Back to Top