Originally built for the Aircraft Manufacturing Company (Airco) by British designer Geoffrey de Havilland, the de Havilland DH-4 was adopted by the United States Army in 1918 and dubbed the "Liberty Plane." In 1917, Colonel R.C. Bolling was sent to Europe to evaluate Allied aircraft designs and select one to replace the obsolete fleet held by the US Army Air Service. The DH-4 was chosen for its simplicity and potential for mass production. It was to be the only American-built plane to see combat in World War I. 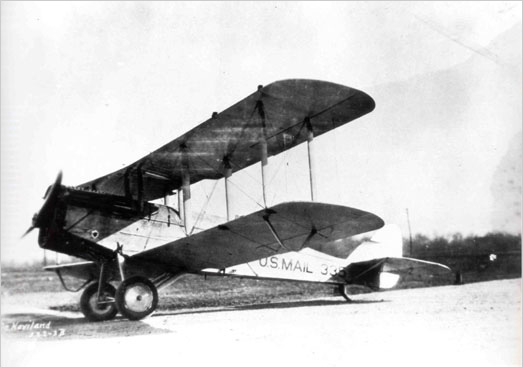 Besides "Liberty Plane," the DH-4s were also given the macabre title "Flaming Coffin." While no more deadly when used for reconnaissance, high-altitude observation, and day bombing than any other Allied-built plane, design flaws became apparent as soon as the DH-4s were subjected to the day-to-day use of the Airmail Service. In January 1919, the DH-4s were decommissioned and subjected to extensive renovation. The cockpits were repositioned in the rear of the plane, behind the fuel tank, and were padded against rough landings. The fuselage was now to be constructed out of plywood sheets over wooden struts, instead of the original linen sheeting. The compass, air pressure gauge, and altimeter were also redesigned to allow for more accurate readings. 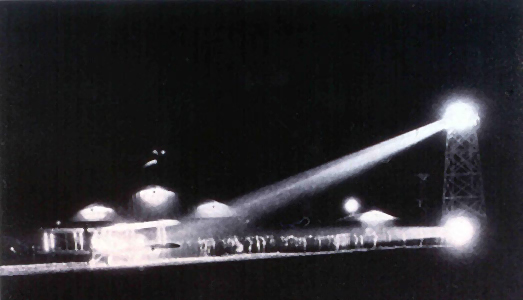 Upon the introduction of these newly designed DH-4Bs, the "Flaming Coffin" became the "Workhorse of the Airmail Service." In the first year alone, DH-4Bs carried over 775 million letters. By 1921, pilots were assigned an individual plane and were allowed to make modifications to that plane as necessary. On August 21,1924 a transcontinental night and day route between San Francisco and New York was established on an experimental basis. The run was 2,680 miles long and was the first to involve night flights between Chicago-Cleveland over airways newly marked with airmail beacons. The Post Office Department started contracting out airmail service to private carriers, the de Havillands, by then a decade old, were being replaced in private and public service by a series of new aircraft produced by Boeing, Douglas and other early aviation manufacturers. Although these new airplanes would continue the tradition of airmail after the Post Office Department relinquished the last of their airmail routes to contractors on August 31, 1927, no other aircraft would become so synonymous with airmail delivery as the de Havilland. 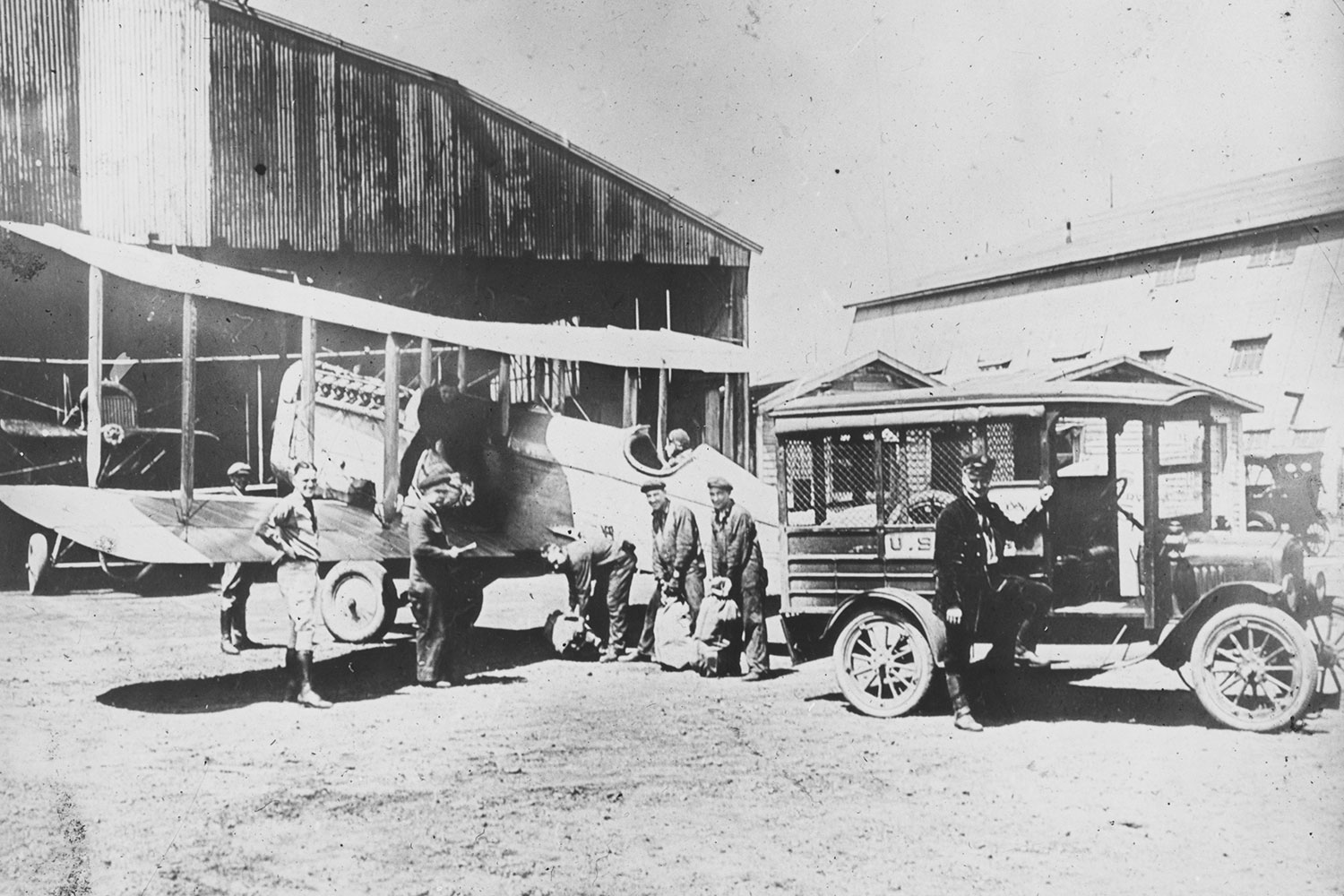 An impatient mail truck waits to receive the mail cargo of a big de Havilland plane as it taxies up to the Chicago hangar. 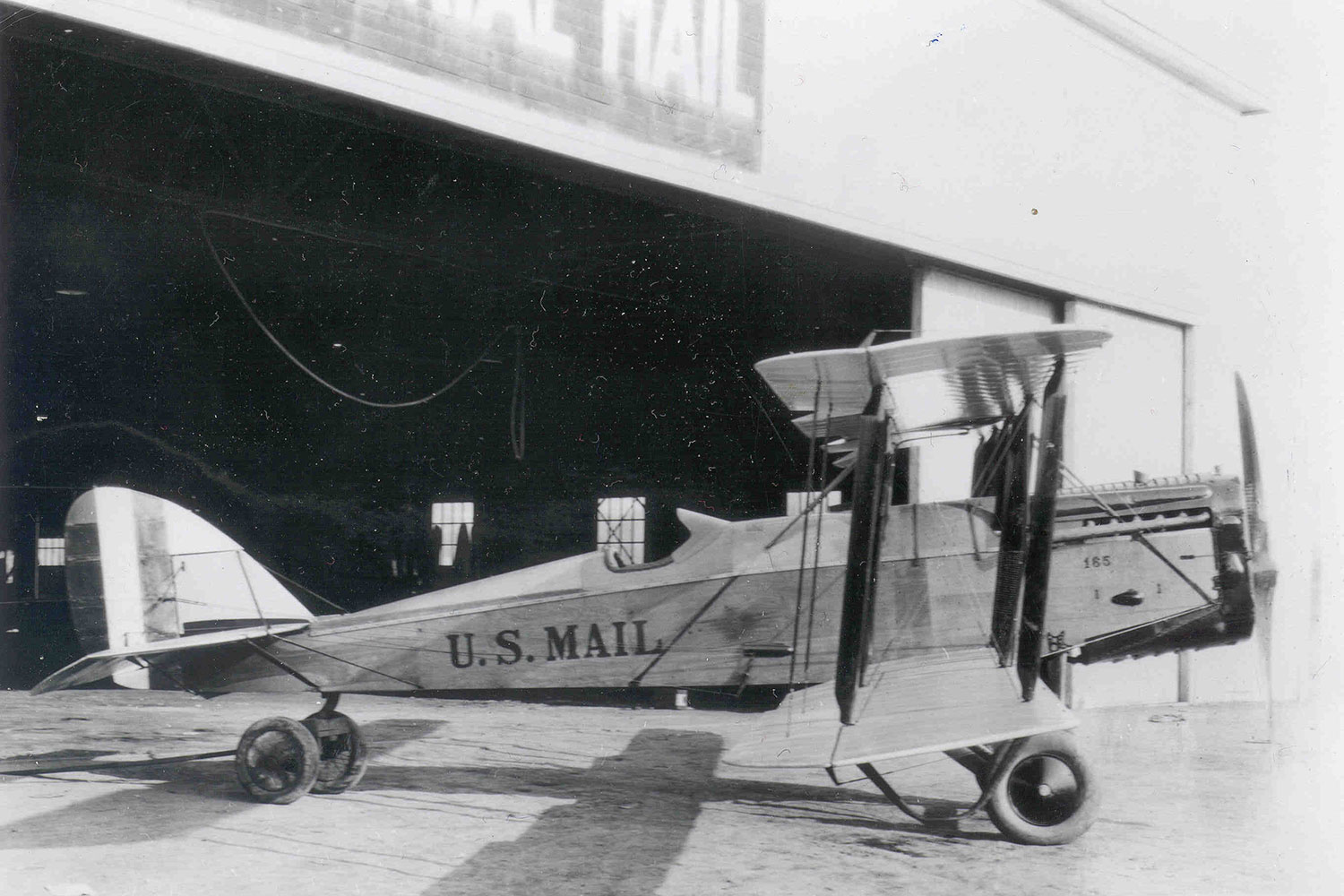 A de Havilland DH-4 in front of hut