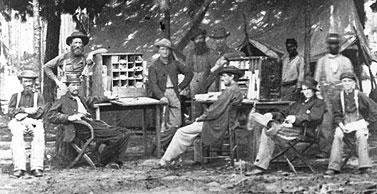 The below exhibition, once part of Binding the Nation, is no longer on display in the museum.

When the conflict between the northern and southern states finally exploded into war, tearing the country apart, the nation's communication system was also ripped in two. The system instituted to unify the country through the dissemination of information was instead used to solidify the break. In 1861, Postmaster General Montgomery Blair cut off mail service to the rebellious Southern states. Confederate postage was not recognized by U.S. post offices, and postmasters were instructed to forward mail to the Confederacy to the Dead Letter Office, where it was to be returned to senders. U.S. postage issued before the war was "demonetized," or stripped of its value to ensure that stockpiles of stamps in Confederate hands would be rendered valueless.

In the South, John H. Reagan of Texas was named postmaster general of the Confederate States of America shortly after the Confederacy was formed in February 1861. In all he placed 8,535 of the nation's 28,586 post offices under Confederate control. At first all postal business was conducted with U.S. money and postage stamps. Until Confederate stamps became available, some local postmasters issued provisional stamps or marked mail "paid" by hand.

When the war ended, the U.S. Post Office Department began to restore mail service to Southern states. The process went slowly. By November 1866, only 3,234 of the 8,902 prewar post offices in the South were operating in the federal system. 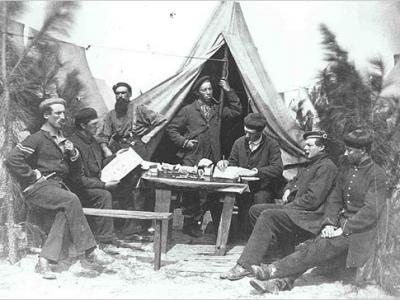 We have moved so often that letters couldn't find us. Write often, and I will run the risk of getting the letters.

—Hermon Clarke, a Union soldier encamped at Bermuda Hundred in the South, to his father, June 23, 1864. 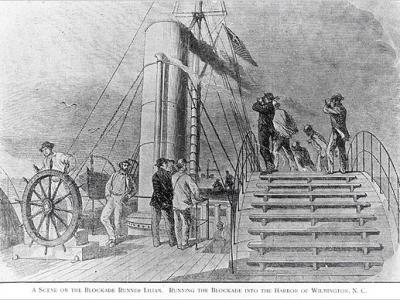 Learn more About Crossing the Border 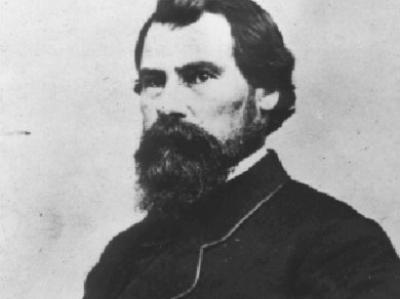 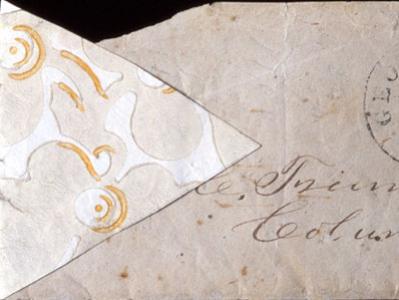 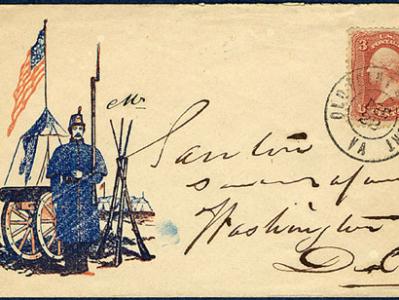 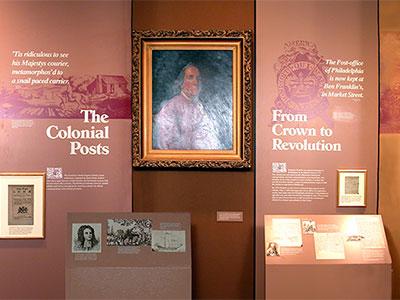 This gallery provides an overview of mail service in America from colonial times through the 19th century, stressing the importance of written communication in the young nation.