The American Civil War, a bloody clash between two sections of the nation, had its roots in political, economic, social, and psychological factors so complex that even today historians debate its basic causes. Regardless of its economic and ideological origins, by 1861 a situation existed that appeared unsolvable by peaceful means.

During the nineteenth century, the South remained almost completely agricultural, its economy and a social order largely founded on slavery and the plantation system. These mutually dependent institutions produced the staples, especially cotton, from which the South derived its wealth. The North’s economy, more advanced industrially, relied on a system of free enterprise and free labor. In the hinterlands of its great cities, free and independent farmers transformed its vast prairies into a highly productive, market-centered agricultural system.

Hostility between the North and South grew appreciably after 1820. In that year, Congress passed the Missouri Compromise, which some saw as a permanent solution to the issue in which that hostility was most clearly expressed—the spread of slavery into the rapidly developing federal territories of the West. Difficulties over the tariff, which led John C. Calhoun and South Carolina to take an extreme states' rights stand, as well as conflicts over internal improvements, also fired tempers, but the debate over slavery in the territories loomed largest. In the North, moral indignation over slavery increased with the rise of abolitionism in the 1830s. As western territories applied for admission as states, the South also expressed concerns with maintaining a balance between free-labor states and slave states in the Senate.

The Compromise of 1850 marked the end of the period known as an ‘era of compromise’. When Henry Clay and Daniel Webster died in 1852, no leader of national stature emerged; sectional spokesmen such as W. H. Seward, Charles Sumner, and Salmon P. Chase in the North and Jefferson Davis and Robert Toombs in the South held considerable sway. When the Kansas-Nebraska Act (1854) repealed the Missouri Compromise, a violent struggle for Kansas ensued. The South sought to protect and extend slavery, its ‘peculiar institution’, though many Southerners reluctantly identified slavery as a relic in a purportedly enlightened age. The activities of the abolitionist John Brown and the forceful rhetoric of William L. Yancey, one of the South’s leading pro-slavery extremists, enflamed passions and exacerbated an already tense situation.

The national schism caused by slavery split large Protestant sects into northern and southern branches and dissolved the Whig Party. Most southern Whigs joined the Democratic Party, one of the few remaining, if unsteady, nationwide institutions. A strictly northern phenomenon, the new Republican Party drew members from the Free Soil and Liberty parties. The presidential election of 1860 brought the tense situation to a head. The election saw the Republican candidate, Abraham Lincoln, defeat three opponents—Stephen A. Douglas (northern Democrat), John C. Breckinridge (southern Democrat), and John Bell of the Constitutional Union Party. Lincoln's victory spurred the secession of South Carolina, which occurred on December 20, 1860. Six other states—Mississippi, Florida, Alabama, Georgia, Louisiana, and Texas—soon followed South Carolina. The question of federal property in these states—Fort Sumter at Charleston harbor, for instance—loomed large. The outgoing president, James Buchanan, a northern Democrat who tried to avert war, pursued a wavering course, and the question of the forts at Charleston remained unsettled when Lincoln assumed power. On one hand, Lincoln resolved to hold Fort Sumter; on the other hand, the new Confederate government under President Jefferson Davis and South Carolina determined to oust the North. And thus the groundwork was laid for the Civil War. 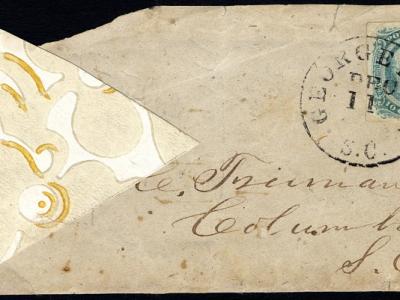 The states that seceded from the United States in 1861—South Carolina... 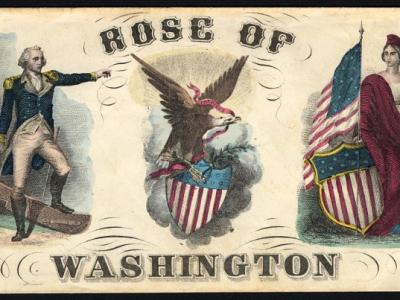 The morning after the November 1860 presidential election, newspapers...

Civil War
‹ Conflict Mail up Confederate ›
Back to Top