Once the federal government issued postage stamps in 1847, people recognized stamp collecting as an intriguing hobby. They collected at first through correspondence and exchange, but around the time of the Civil War, the hobby took on different significance thanks to the equivalency stamps had to money and to commercialization. During the U.S. Civil War period, for instance, Union stamps were actually substituted for money. Encased postage stamps as well as small, printed envelopes containing a designated value (10-, 25-, 50-, and 75-cents) in unused postage stamps were used as substitutes for coins, which citizens hoarded.

While the war spurred greater interest in stamps, commercial ventures involving the hobby also emerged. American entrepreneurs recognized stamps as a new business venture. Dealers proliferated in the banking districts of key U.S. cities such as Philadelphia, New York, Boston, Chicago, and St. Louis. Stamps, they understood, were fairly secure investments and could be liquidated. In December 1862 the first stamp album was published in America. Stamp albums greatly popularized the hobby by both organizing and classifying the stamps and challenging its owners to fill the pages.

The post-Civil War years witnessed the Industrial Revolution, new wealth, and leisure time for some. Citizens joined clubs and societies such as Chautauqua, Sokol, and American Turners for personal improvement and socialization. American stamp clubs, natural extensions of this movement, proliferated. As an educational hobby, stamp collecting could be enjoyed for a relatively modest cost, and it provided an introduction to history, geography, and biography for all collectors, regardless of age. To fuel collecting enthusiasm and promote business, stamp dealers began publishing descriptive catalogs, price lists, albums, and even stamp journals.

In the South, where the Civil War had devasted the infrastructure, the economy, and the social fabric, interest in philately was delayed. As the region recovered, however, Atlanta and New Orleans, among other large cities, emerged as the major centers for stamp dealers, clubs, and societies. Confederate states philately became a focal point for many collectors.

The Post Office Department and federal government expanded production and variety of postage stamps and stamped indicia during Reconstruction and thereafter, further extending the hobby's scope. Some long-lived additions were postal stationery (stamped envelopes in 1853; postal cards in 1873), commemorative postage stamps (introduced in 1893), and airmail postage stamps (introduced in 1918). Revenue stamps, instituted by the Lincoln administration in 1862 to help defray the cost of the Civil War, constituted a totally diverse field that alsofound enthusiasts. Powerful stamp societies evolved and became affiliates of the American Philatelic Society, which was founded in 1886 (as the American Philatelic Association), the first national body of stamp collectors with worldwide membership. 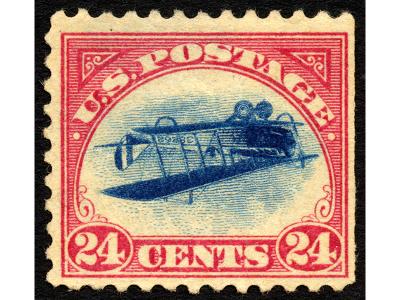 To learn more about U.S. stamps, visit the About U.S. Stamps virtual exhibition.

Learn more about About U.S. Stamps

About U.S. Stamps
‹ About Philately up U.S. Related Areas ›
Back to Top