During the mid-1920s, urban America enjoyed a period of economic prosperity, and the American public fixated on exciting developments in aviation, technology, and entertainment. Newspaper headlines related the feats of Charles Lindbergh's solo flight across the Atlantic, the opening of the Holland tunnel between New York and New Jersey, and Al Jolson's "Jazz Singer," which inaugurated the era of 'talking pictures'.

At the same time, the Post Office Department's commemorative stamp program focused on some themes other than modern technology - for instance, it issued stamps in conjunction with the 150th anniversary of events of the American Revolution, including the Declaration of Independence, the Battle of White Plains, the Battle of Bennington, and the Battles of Oriskany and Saratoga. A stamp memorializing the Battle of White Plains was issued in a sheet of twenty-five stamps in conjunction with International Philatelic Exhibition, held in New York City in October 1926. This was the first of many souvenir sheets to be issued by the POD in future years.

Of the five commemorative stamps issued in 1926 and 1927, only the John Ericsson Memorial stamp departed from the American Revolution theme. The Ericsson stamp, indirectly recognizing the contribution of Swedish-Americans, continued the American "melting pot" theme that honored immigrant groups. Others included the three Pilgrim stamps (1920), the three Huguenot-Walloon stamps (1924), and the two Norse-American stamps (1925). 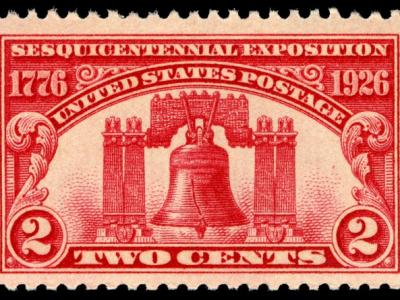 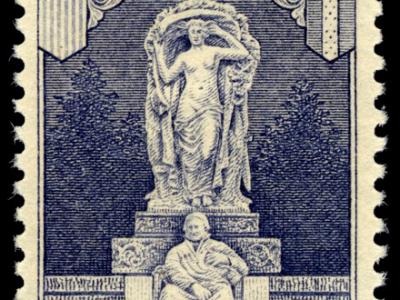 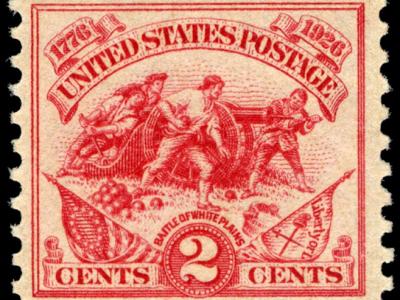 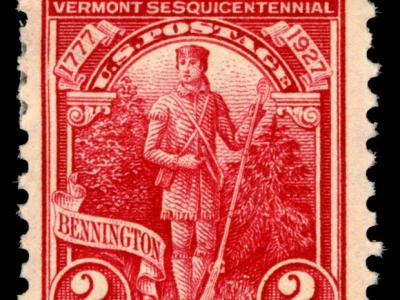 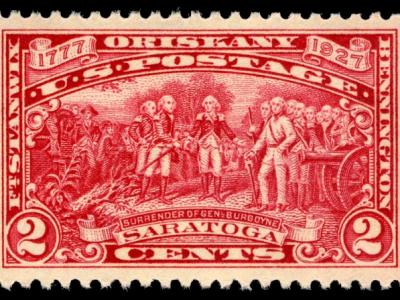 ‹ Norse-American Issue up Sesquicentennial Exposition Issue ›
Back to Top