In 1954 the United States launched the first nuclear-powered submarine. The following year, the U.S. Post Office Department issued its ‘Atoms for Peace’ stamp. During this time it also issued the first stamps from the Liberty Issue, the first major definitive series of the Modern Period.

George Eastman(1854-1932) and Andrew W. Mellon (1855-1937), men who played key roles in modern American life, were honored with postage stamps in 1954 and 1955. Eastman, who founded the Eastman Kodak Company in 1892, invented flexible film (1889), photographic dry plates (1879), and put picture-taking within the reach of everyday folks with his inexpensive Kodak camera. Mellon, on the other hand, was a financier who would serve as secretary of the U.S. treasury under three presidents—Harding, Coolidge, and Hoover. He assumed the post when the federal budget totaled 6.5 billion dollars. When his commemorative issue was released in 1955, the federal budget was ten times that amount.

Other stamps of note during the period include the Land Grant Colleges Issue and the Armed Forces Reserve Issue. From 1954 through 1955, the United States issued fourteen commemoratives with total printings amounting to more than 1.6 billion stamps, averaging over 119 million stamps per issue. 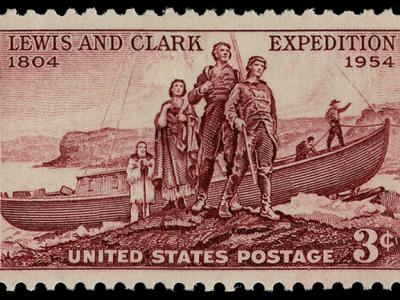