The Benjamin Franklin issue, which celebrated Franklin's 250th birthday and portrayed him as a man of science, was the first stamp issued in 1956. In conjunction with the Fifth International Philatelic Exhibition, held in New York City April 28-May 6, the Post Office Department released the second souvenir sheet of the Modern period. Similar to the 1947 souvenir sheet that featured the two 1847 U.S. stamp images, the 1956 sheet bore the 3- and 8-cent variations of the Statue of Liberty stamps from the 1954 Liberty definitive issue. The Department issued a single stamp to recognize the New York Coliseum, site of the Fifth International Philatelic Exhibition, almost concurrently.

Stamps commemorating different professions (architects and schoolteachers) and industries (steel and shipbuilding) were also released during 1956-1957, as were two of the most vibrant, multicolored stamps of the Modern period-the beautiful 1956 Wildlife Conservation Issue and the 1957 Flag Issue.

The Champion of Liberty Issue premiered in 1957. The first person honored in the series, former president of the Philippines Ramon Magsaysay (1907-1957), died in an accident a few months before the stamp was available to the public. Magsaysay co-sponsored the Southeast Asia Treaty Organization, formed in Manila in 1954. 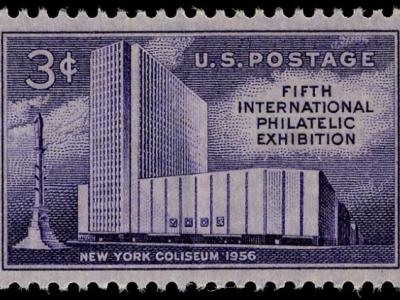 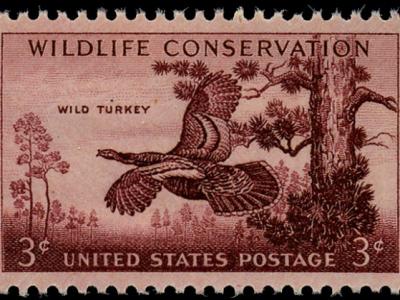 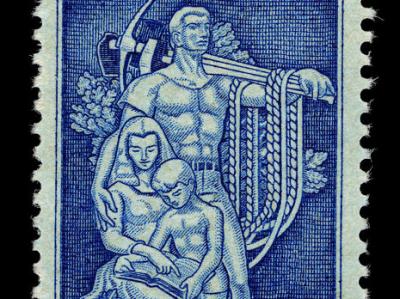 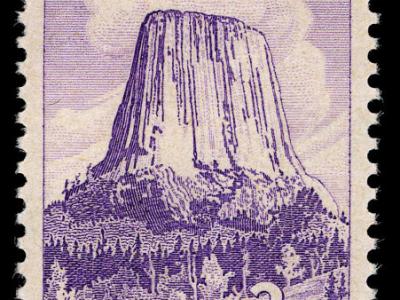