During the International Geophysical Year, which ran from mid-1957 through 1958), the United States and Soviet Union each launched unmanned satellites in a show of national pride and scientific achievement. Russian launched its Sputnik satellite in October 1957; American launched Explorer I in early 1958. By late May 1958 the United States issued a stamp to commemorate the Geophysical Year. The stamp's dramatic design incorporated the outstretched arms of Michelangelo’s “Creation of Adam” against a backdrop of solar flairs.

The South American liberator and first president of Colombia Simon Bolivar (1783-1830) was honored in the Champion of Liberty Series in 1958. The stamp was the second in the series. Ernst Reuter (1889-1953), the former Mayor of Berlin, was the fifth subject of the series. Stamps in the series were always issued in two denominations and colors: a four-cent ocher and an eight-cent multicolored.

An interesting group of four stamps, all based on paintings and sculptures of Abraham Lincoln were issued around Lincoln’s 150th birthday. And the “World Peace Through World Trade” and Dental Health issues were also subjects of commemorative stamps in this period. 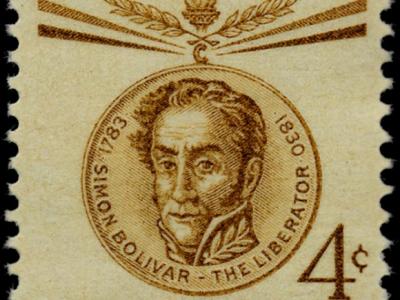 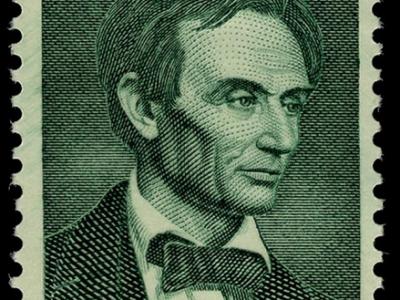 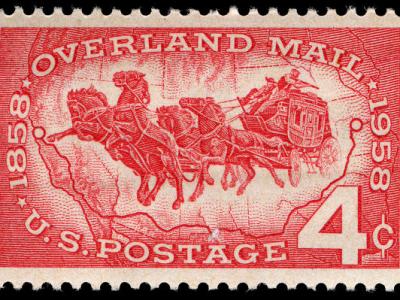 ‹ Devils Tower Issue up Champion of Liberty Issue ›
Back to Top