The years 1962 and 1963 were politically very contentious in the United States. In the first full year of the Kennedy's administration, thirteen days (October 22 – November 2, 1962) of upheaval surrounding the Soviet missile buildup in Cuba (known as the 'Cuban Missile Crisis') led stunned Americans to anticipate nuclear war with Russia. By 1963 a communications 'hot line' between the White House and the Kremlin had been established to short-circuit such misunderstandings.

The Civil Rights Movement dominated domestic politics in 1963. Hundreds of thousands of civil rights supporters marched on Washington, D.C., that summer in support of black demands for equal rights. Among them was Martin Luther King, Jr., who delivered his inspirational “I Have a Dream” speech at the Lincoln Memorial. Civil Rights leader Medgar Evers had been assassinated two months prior to the march, and four young girls were killed in the racial bombing of an Alabama Baptist church a month later. A period of shock and grief began on November 22, 1963, when President Kennedy was assassinated in Dallas, Texas.

Between 1962 and 1963 the United States issued twenty-nine commemoratives with total printings of nearly 5.7 billion stamps—an average of over 203 million stamps per issue. 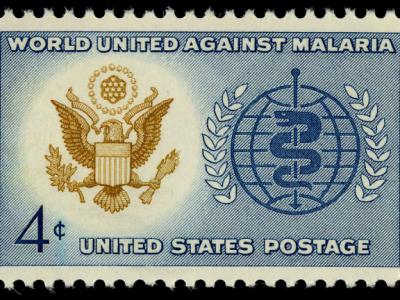 ‹ Naismith Basketball Issue up Malaria Eradication Issue ›
Back to Top