Between 1990 and 1991, the USPS featured a wide variety of subjects on commemorative postage stamps. Stamps honored classic film stars, famous Olympians, and memorable comedians, among others. The first of the five World War II commemorative souvenir sheets was issued, each representing events that occurred during the war.

During the same time, highly significant, world-shaping events occurred. On October 3, 1990, East and West Germany reunited to form a single nation for the first time since 1945. The following year, the Cold War ended when the Soviet Union officially dissolved. Former Soviet republics declared independence, and countries across Eastern Europe looked toward the future. In the United States, President George H. W. Bush signed the "Americans with Disabilities Act" (ADA) in 1990. The ADA was not only designed to protect the rights of disabled Americans, it also provided guidelines for mandatory compliance by state and local governments to provide accessible facilities for disabled citizens.

In April 1990, NASA launched the Hubble Space Telescope. Since that date, Hubble has provided scientists and astronomers with invaluable images and data about the universe. In February 1991, the Gulf War began with an international coalition forcing Saddam Hussein's Iraqi forces out of neighboring Kuwait.

In the world of entertainment, the Thomas Harris-inspired movie "Silence of the Lambs" thrilled audiences across the United States and won the top five honors given by the Academy of Motion Pictures Arts and Sciences at the 64th Academy Awards, including Best Picture, Best Adapted Screenplay, Best Director, Best Actor, and Best Actress. This was only the third time in the academy's history that one film had swept all the top awards. 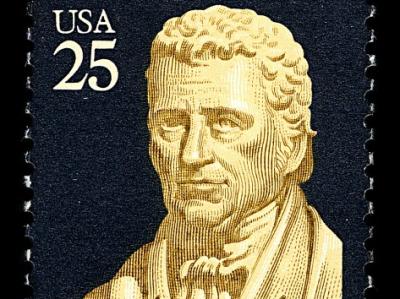 ‹ 1990-1999 up Constitution Bicentennial Series Issue: Supreme Court ›
Back to Top