The 1960s stand alone in their impact on the post-war era. The 1960 election of John F. Kennedy, the first American president to be born in the 20th Century (and the youngest), foreshadowed a new, more youth-oriented popular and political culture. The large, charismatic Kennedy clan was a unique political machine and a powerful advocate for new social consciousness. Their administration fostered liberal ideals - public service, volunteerism, international aid, racial integration and civil rights, federal aid to education and to health care. And for this lofty agenda and aura of intellectualism and beauty, it was dubbed the American Camelot. An international audience was enraptured. Within the first two years of the Kennedy administration, the Peace Corps and Alliance for Progress were established; and NASA successfully launched its first astronaut (Alan Shepard aboard Freedom 7) into space. But for these successes, potential political crises took center stage. The USSR had staged missile bases in communist Cuba, prompting a US blockade of Cuba and tense negotiations with the Soviets. President Kennedy also radically increased the number of US military advisors to South Vietnam.

When John F. Kennedy was murdered in November 1963, it was the first assassination of an American president since William McKinley's death in 1901. Lyndon B. Johnson as Vice President became his immediate successor. Less than three months before Kennedy's death, Rev. Dr. Martin Luther King delivered his "I Have a Dream" speech from the steps of the Lincoln Memorial, capping the March on Washington to seek civil rights. Johnson championed Kennedy's programs and won the enactment of the Civil Rights and Voting Rights Acts in 1964 and 1965. He also nominated the first African-American, Thurgood Marshall, to sit on the US Supreme Court. Unfortunately, with this initial success for equal rights realized, Dr. King was slain in Memphis in April 1968. And Robert Kennedy, the potential standard-bearer for furthering liberal policies, was also assassinated during his presidential campaign that same year.

As the Cold War progressed, novelists like John Le Carre, mined the psychology, morals, and agenda of individuals caught in totalitarian and democratic societies, engaged in spying and counter-spying, and controlling Man's dark, unknown outcome. Long-time masters of intrigue and theatrics, the British, made the subject sexy and the figure of the Spy or Secret Agent, like James Bond, the enduring film icon for the age.

Journalist Walter Cronkite became the anchor of the CBS Evening News during this period. His was the face and voice of the news, guiding us through NASA's realization of Kennedy's moon challenge - landing a man on the moon and returning him safely to Earth. Apollo 11 and the lunar module, piloted by Neil Armstrong and Buzz Aldrin, became the first concrete evidence of Man's ability to explore and function in space.

The rate for first-class mail in 1960 was four cents. By 1963 it had increased to five cents; and rose again in 1968 to six cents. The five-cent rate period was the shortest in length since World War I. The Prominent Americans definitive issue was established and released in 1965. Postage stamps commemorating the centennial of the Civil War, the 175th Anniversary of the Bill of Rights, and famous statespersons like Eleanor Roosevelt, John F. Kennedy, and Winston Churchill were all released during the 1960-1969 period. 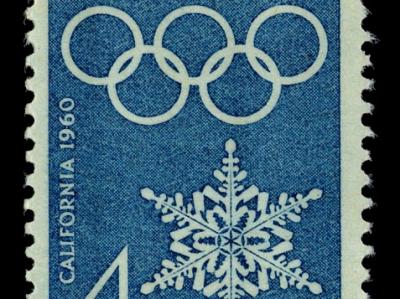 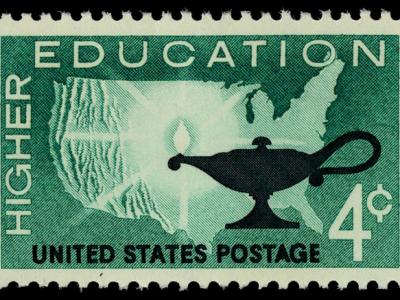 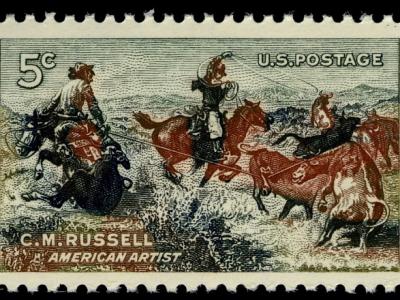 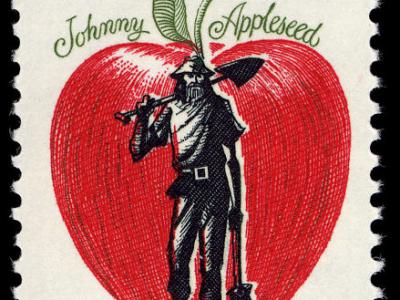 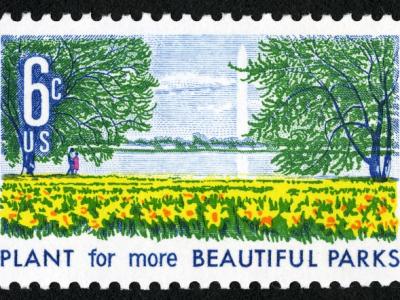