Much of the social and political unrest that defined the 1960s was carried into the 1970s. The government's continuance of the war in Vietnam and neighboring territories was tearing America apart. The military draft and draft evasion had created a generation of young men alienated from family or countrymen by their commitment to either choice. When Daniel Ellsberg of the State Department leaked the top-secret Pentagon Papers - the 7,000-page history of US politico-military involvement in the war in Vietnam from 1945-1967 - to the 'New York Times' in early 1971, he hoped their publication would expose alleged unconstitutional acts by many administrations and force an end to the war. Instead it brought on a war of litigation over First Amendment rights between the newspapers and the United States of America. The US Supreme Court finally upheld the freedom of the press but the war in Vietnam continued. Over 58,000 servicemen and women would ultimately lose their lives.

It was two more years before the Paris peace pacts of January 1973 extricated the United States. It would then have to watch as totalitarian regimes consumed much of Southeast Asia; wrought more death and terror; and unleashed a tide of refugees onto the world. As a result of the controversial war, the military draft in the United States was abandoned on January 27, 1973. And although 590 US prisoners were released by the North Vietnamese on April 1 of that year, the unknown fate of other US servicemen (MIAs and POWs) became a new point of contention between US families and the US government.

President Nixon had displayed unquestionable skills in international diplomacy during this period. In 1972 he became the first American president to pay state visits to the People's Republic of China and the USSR. The visits initiated diplomatic and economic ties between the United States and communist China and led to a landmark strategic arms pact with Russia. And now in 1973 he had brokered an end to the war. On the domestic front, however, Nixon faced political demise as a consequence of the Watergate break-in and its cover-up. Nixon became the first American president to resign his office. President Gerald Ford would pardon him a month later for the federal crimes that had forced his impeachment.

As a result of the 1973 Yom Kippur War against Israel by Egypt, Syria, and Iraq, oil-producing nations in the Middle East imposed a total ban on oil imports to the US that lasted about five months, ending in March 1974. Because of the shortage, Americans waited in endless lines at gas stations to fill car tanks.

Amid these tensions, positive social and political events were taking place. Advancements were made in gender issues: the first women in US military history were awarded the rank of general by President Nixon; sex discrimination was banned by Congress. In 1973, the Supreme Court ruled that abortions conducted in the first trimester and possible beyond that time period were legal in the landmark case Roe v. Wade. The controversy generated from this decision reverberates to the present day.

The first Earth Day was celebrated on April 22, 1970, to promote awareness of the planet's health, ecology, and the need for the adoption of antipollution measures.

Major cornerstones of American popular culture were created including the television program "Sesame Street" (first aired in late 1969), which gained popularity and educational influence over generations of pre-school and grade-school children. The first movie of the classic "Star Wars" trilogy was released in 1977, introducing a new era of computer animated film, the heroic saga, the interpretive musical film score, and the commercial market for movie-related action figures.

In 1975, the US and Soviet space programs conducted their first joint mission, Apollo-Soyuz. And in the final months of 1979, Pope John Paul II made a nine-day visit to his native Poland—a key factor in encouraging the Polish anti-Communist movement that would gain prominence over the next decade.

The US Post Office Department was reorganized in 1970-71 as an independent US agency governed by an eleven-member board. It was renamed the US Postal Service and retained as its head the US Postmaster General. The rate for first-class mail jumped from six cents in 1970 to fifteen cents in 1978. This represented the single greatest real price increase since America began issuing postage stamps in 1847. As America celebrated its 200th birthday in 1976, the Bicentennial dominated the subjects of US commemorative stamps throughout the 1970s. The annual Black Heritage Series began in 1978 with the release of the Harriet Tubman stamp and continues to the present time. 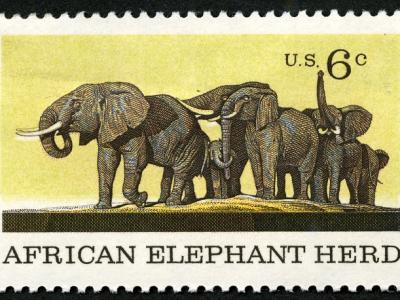 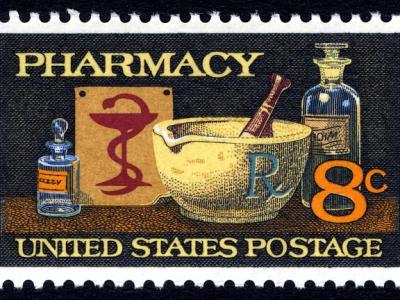 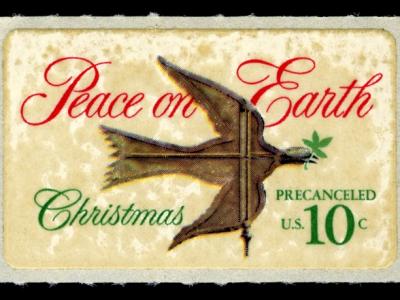 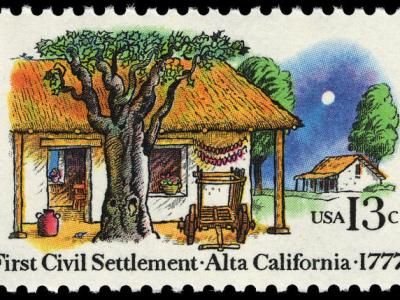 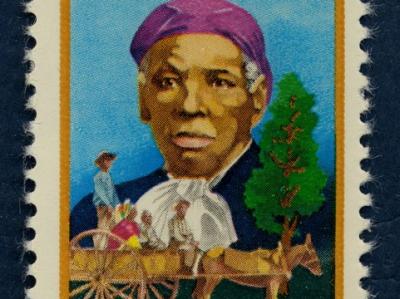