The United States issued solo definitives in sheet, coil, or booklet format with both with water-activated adhesive and in the new and popular 'self-stick' format. It issued solo definitives with numeral denominations for first-class mail and non-denominated with service-inscribed text for commercial bulk handling mail classes. Numerous perforation and shade varieties exist because many solo definitives were produced by multiple contract security printers.

Some of the most important solo definitive stamps of the modern period were issued to pay for Priority mail, introduced in 1968, and Express mail, introduced in 1977. High-value solo stamps paid for these new mail classes, offered by the Postal Service to counter the growing competition by commercial domestic air transport and overseas delivery services.

The Postal Service issued a $2.90 Priority Mail stamp on June 3, 1993, at the Kennedy Space Center in Florida. The issuance was in conjunction with a Space Shuttle launch scheduled that day. The stamp features a futuristic shuttle in space.

The stamp was designed by artist Ken Hodges of Los Alamitos, CA and printed in the offset/intaglio process at the Bureau of Printing and Engraving and was issued in sheets of 40. 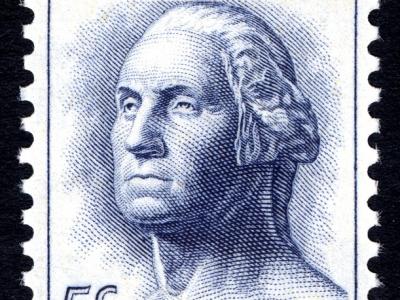 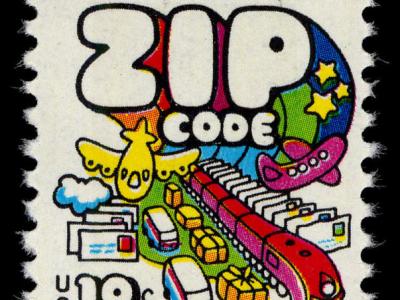 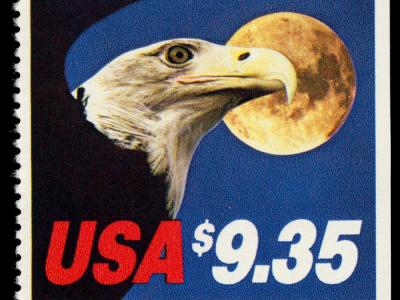 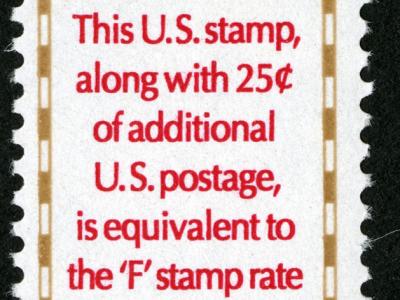 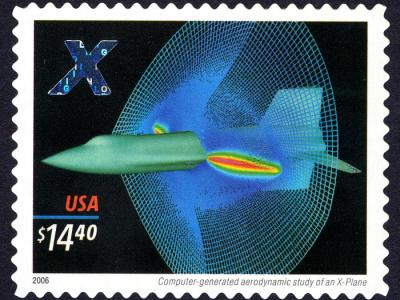