Under the direction of Postmaster General John Wanamaker, the Post Office Department released its first commemorative stamps in 1893, the Columbian Exposition Issue. This set a precedent that continues to the present day—commemorative stamp series that honor events, persons, or themes.

Issued in conjunction with the 1893 Columbian Exposition, the first commemoratives highlighted persons and events related to Columbus's journey to the Americas. As world's fairs occurred during the twentieth century, the POD issued stamps highlighting them. Many people consider the stamps issued for the 1898 Trans-Mississippi and International Exposition the most beautiful ever issued by the POD. During the presidency of Franklin D. Roosevelt, commemorative stamps promoting a political agenda appeared. Stamps during the 1930s underscored the permanency of the federal government and FDR's New Deal programs and accomplishments. Military and nationalistic themes marked the WW II years.

Also during the 1940s, the POD released its Famous Americans Series, which honored specific Americans and their contributions to the nation and world. Seven categories divide the series, each category honoring five outstanding individuals from the specified field. The Famous Americans Series was particularly unique because it honored Booker T. Washington, the first African-American featured on a U.S. postage stamp. The stamps of this series also commemorated three women.

To date, the 1993 Elvis Presley stamp stands as the most popular commemorative stamp ever issued. Events surrounding the issue resembled nothing the philatelic world had ever seen. Typically, the Citizen Stamp Advisory Committee chooses which image a stamp will feature, but this was not the case for the Elvis stamp. After the committee narrowed the image search to two possible designs - the young Elvis or an older Elvis —, the public voted for which the stamp would feature. The Postal Service distributed ballots, and "People" magazine published an additional 4.5 million. The will of the people decreed that the young Elvis would adorn the commemorative stamp. The drama of the Elvis stamp showcased philately and proved that commemorative stamps had changed drastically over the past half century.

Advances in technology and innovation in design advanced the appearance of commemorative stamps. The Giori rotary press, which could print two colors on a single pass, was used for the first time in 1957. The first US se-tenant stamps were introduced in 1962. Other modifications of Modern Period postage stamps occurred with the issuance of the Thomas Eakins Issue, which was produced via the photogravure method. This method broadened the expanse of color available on US postage stamps. It was the second time since 1894 that a US postage stamp would be produced by a non-government printer. Tthe Photogravure and Color Co. of Moonachie, New Jersey, printed these stamps on their gravure press. The American Bank Note Co., who had printed the 1945 Overrun Nations flag series, perforated Eakins stamps. 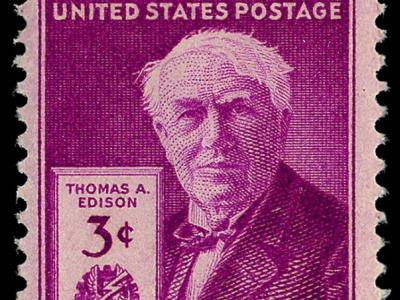 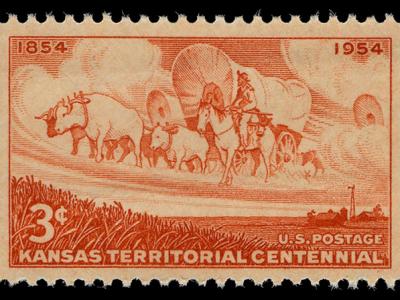 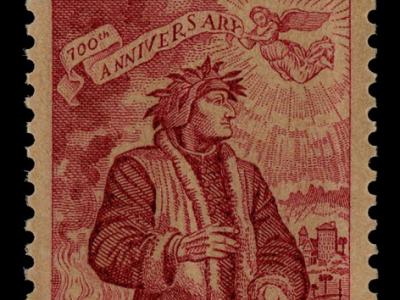 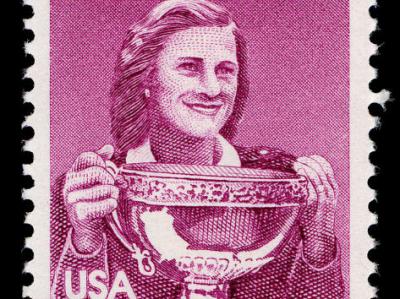 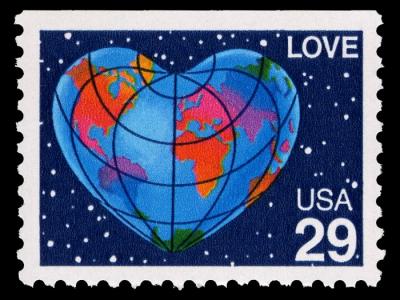 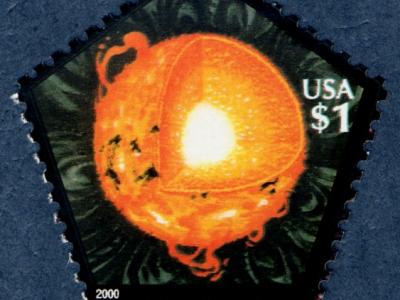