Definitive stamps issued during the Modern Period are the workhorses of United States postage stamps. The average American has more likely used or received definitive postages stamps on his or her mail more often than the illustrious commemorative postage stamps. By definition, definitive postage stamps are issued in a range of denominations intended for routine postal use on all classes of mail for single piece, bulk or presorted discount, whether personal, commercial or non-profit. Definitive stamps can also be used to pay for postal services like certified and registered mail. Unlike commemorative stamps, which are issued for brief periods in limited quantities, definitives usually are issued in indefinite quantities and used over many years.

Modern definitive issues can be subdivided into three groupings: regular, limited and solo issues. The Liberty series, the first definitive issue of the Modern Period, had all the hallmarks of a regular issue, a wide range of denominations and longevity of use. The first stamp of the series, the 8-cent Statue of Liberty, was issued on April 9, 1954. Over the next decade another seventeen denominations were added, utilizing a variety of papers, inks, perforations and formats, including sheet stamps, booklets and coils. The Prominent Americans series followed the Liberty Series in 1965 as the next regular definitive issue. This series covered a similar range of denominations and formats and was in use into the late 1970s. Two other regular issues, the Americana series and the Great Americans series were introduced during the remainder of the twentieth century.

A limited definitive series features a unifying theme or topic and usually appears with a smaller range of denominations than the regular definitives. During the 1970s, while the stamps of the Prominent Americans series were still in use, the United States Postal Service issued a limited series depicting American Flags. These stamps were denominated thirteen-cents, the first-class rate at the time of their release. Numerous other limited series featuring subjects like lighthouses, garden flowers, and flora and fauna mark the period.

During the 1980s and 1990s, as the USPS released other regular and limited definitive series, it also issued numerous individual or solo definitive stamps. These solo definitives, like the first-class presorted card tail-fin stamp, the liberty torch first-class stamp and the nonprofit organization wetlands stamp were usually issued in coil format, service-inscribed, non-denominated and often in the new self-stick format. 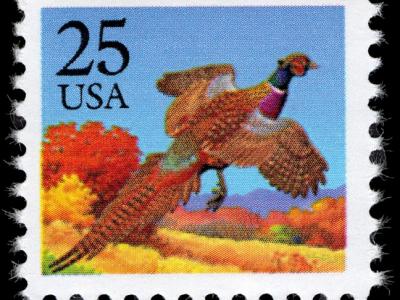 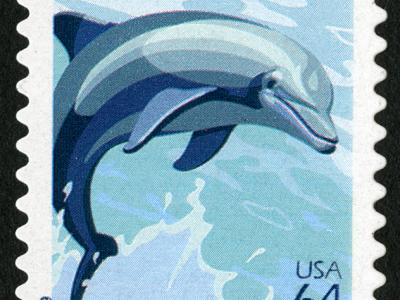 Postage stamps issued as part of a limited definitive series usually comprise a smaller range of... 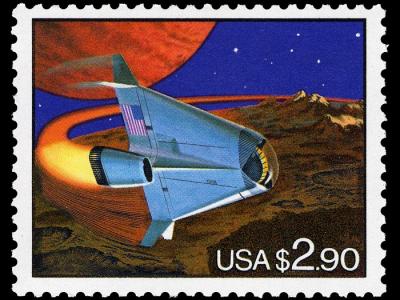 During the modern period, the Postal Service issued numerous individual or 'solo' definitive stamps - for instance, the...