On December 17, 1903, Orville Wright flew 120 feet for twelve seconds and changed the world. The flight occurred at Kitty Hawk, North Carolina, in the biplane that he and his brother Wilbur had developed. Their success—the first sustained, powered flight by man—transformed communications, transportation, travel, commerce, and warfare. During the twentieth century, time and space continued to shrink as aeronautic and astronautic technology expanded horizons.

Airmail postage stamps depict the history of aircraft and aviation from balloons to landing on the moon. Further, mail sent by air documents the development of our changing communications networks both domestically and globally. The romance of aviation has been captured by aerophilately. Adventure awaits as you explore airmail stamps! 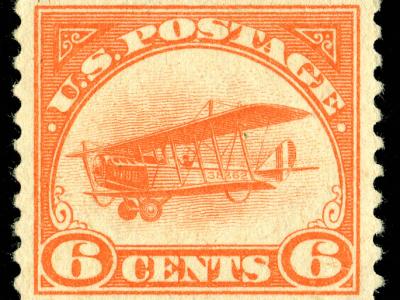 The issue of early U.S. airmail stamps coincided with the pioneer and development period of aviation and of... 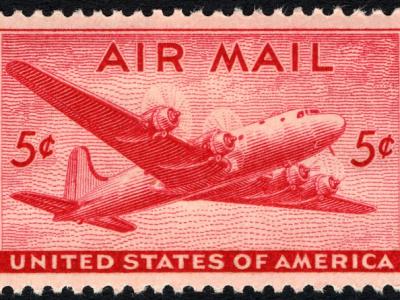 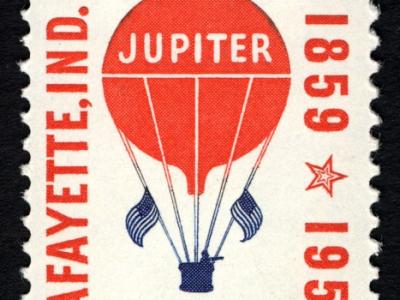 The balloon Jupiter stamp was issued to commemorate the...