After Washington was elected president, he chose Hamilton to be his secretary of the treasury. Hamilton’s influence with Washington and the fact that he controlled the two largest government agencies made him a convenient lightning rod for critics of the administration who dared not directly assault the immensely popular president.

The major issues of Hamilton’s time at Treasury were paying Revolutionary War debts, maintaining neutrality in European wars, and defining the powers of the executive branch of government. In all of these, Hamilton played a pivotal role. By the end of Washington’s first term, national political parties were coalescing around support for and opposition to Hamilton’s policies.

When the Philadelphia Convention was called in 1787 to replace the Articles of Confederation, Governor George Clinton sent Hamilton—who favored a new Constitution—as one of New York’s three delegates. Clinton was opposed to a strong central government, however, and chose his other two delegates accordingly. Outvoted and frustrated, Hamilton disappeared from the convention for long periods but returned in September to sign the new Constitution.

New York was split between supporters of the Constitution and defenders of the Articles of Confederation. Hamilton coordinated publication of eighty-five essays by himself, James Madison, and John Jay that swayed New York’s ratifying convention in favor of the Constitution. These “Federalist Papers” also had considerable influence in Madison’s native Virginia.

As secretary of the treasury, Hamilton was permitted to send official correspondence for free by signing his name. This ensured that customs inspectors and collectors all over the country were kept busy responding to ceaseless requests for information about imports and exports, tonnage and construction of ships, trade routes, and ports of call. His ability to interpret and remember this data made Hamilton the best informed member of Washington’s first Cabinet. 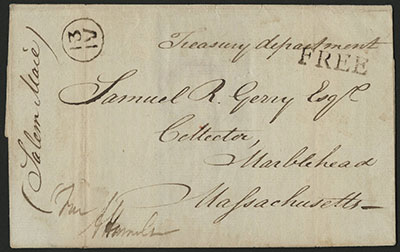 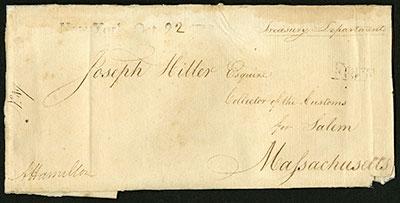 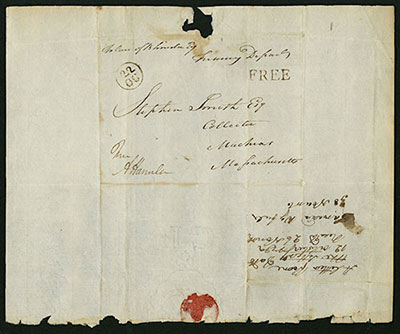 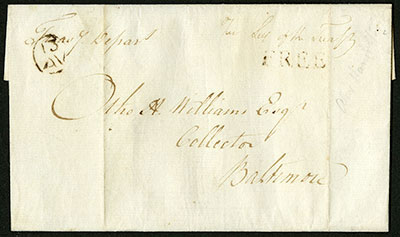 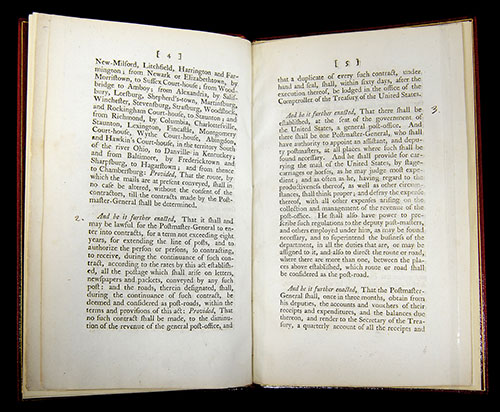 When Congress created the Post Office Department as a permanent federal agency in February 1792, President Washington assigned responsibility for it to the Treasury. Secretary of State Thomas Jefferson unsuccessfully tried to wrest control away from Hamilton, arguing that the treasury secretary was already too powerful. 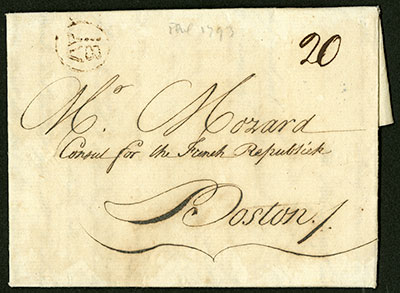 Some Americans hailed the French Revolution as the birth of a “sister republic,” but President Washington stayed neutral as France declared war on most of Europe. French consuls in America attempted to sway public opinion by appealing to sentimentality for French assistance during the American Revolution—a cynical approach, since the French Revolution had turned against Rochambeau, Lafayette, and other heroes of the war in America.

In 1794, to avoid being drawn into the war between France and Great Britain, President Washington sent John Jay to London and James Monroe to Paris as U.S. ministers. Monroe received this letter two months after he arrived in France.

Jay had confidential instructions (written by Hamilton) to negotiate a commercial treaty with Great Britain. Although disappointed by some aspects of Jay’s final agreement, Hamilton successfully crusaded for Senate ratification.

Monroe’s failure to reassure France’s revolutionary government about Jay’s treaty got him recalled from his post in 1796. Monroe blamed the fiasco on Hamilton, and exposed Hamilton’s extramarital affair with Maria Reynolds in revenge. The two nearly dueled over the scandal in 1797.

The way the country paid its Revolutionary War debts, Hamilton argued in his first report to Congress, would profoundly affect its future economic prospects. He proposed that the federal government assume state debts and retire them predictably, at 5% per year, to establish good national credit and attract investment. When Madison stood in the House on February 11, 1790 to oppose Hamilton’s plan, it signaled the end of their friendship and the rise of a political party opposed to Hamilton’s ideas.