I is for Inverts 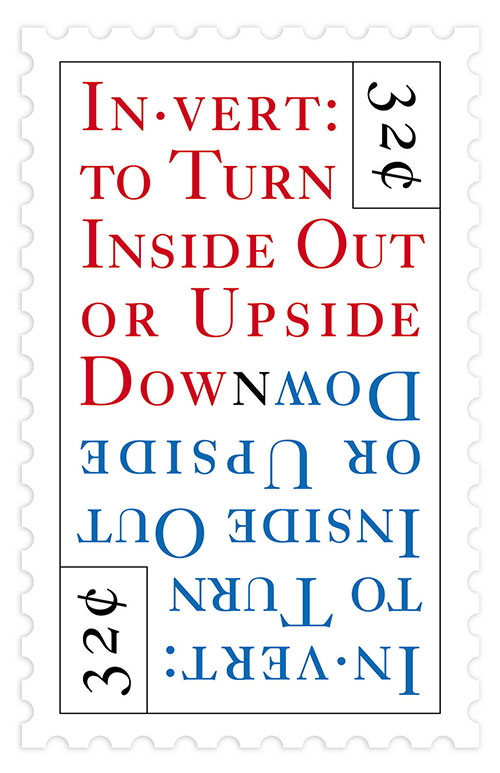 Production errors in which one part of a stamp's design is printed upside-down. Such errata should be caught and the stamps destroyed during printing, but occasionally they slip out and become very sought after. Some invert errors are produced intentionally by postal administrations. The most dramatic U.S. accidental inverts have resulted in an upside-down ship, train, and airplane. 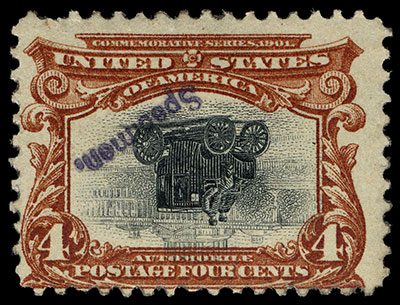 This "collector issue" was created at the direction of a postal official by purposely printing one sheet of 400 stamps with the vignette inverted. Some of these were also hand-stamped "Specimen." United States, 1901.