N is for Numerals 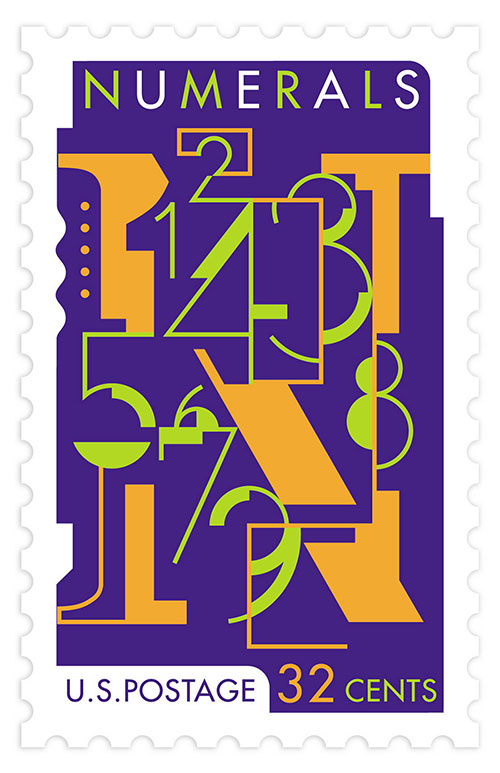 Most stamps bear numerals of some sort that indicate their value as postage. The First two U.S. stamps featured an Arabic "5" on the five-cent issue and aRoman "X" on the ten-cent issue. The denomination may be shown as a numeral, or spelled out, or even both. Some recent stamps show no numerals at all, but are valid for the current rate for their level of service.

The stamps shown here, the world's second stamp issue, are widely known as Bull's Eyes. An unseparated pair of these resembled a pair of bull's eyes because of the oval setting surrounding the highly-ornamented numerals. Brazil, 1843.