V is for V-Mail 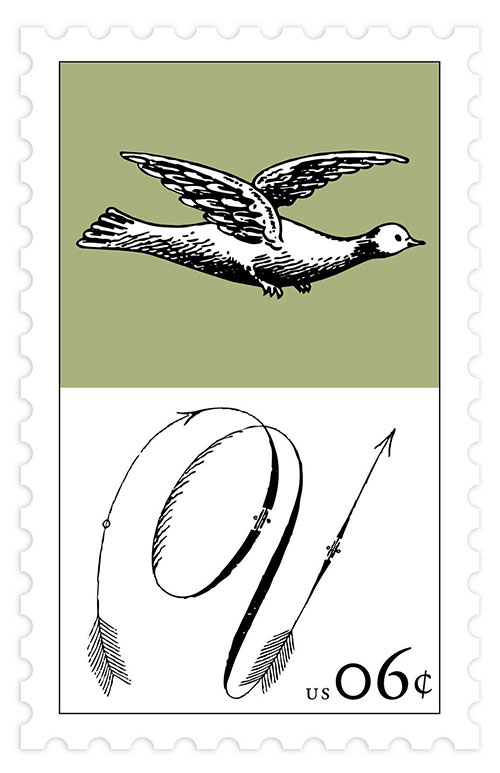 During WWII, Great Britain and the U.S. both adopted a procedure — called the “airgraph” by the British, and “V-Mail” by the Americans — whereby letters to and from service personnel abroad were microfilmed on the sending end, then printed out on the receiving end. This saved precious space and weight on air flights transporting supplies and mail to and from the troops. 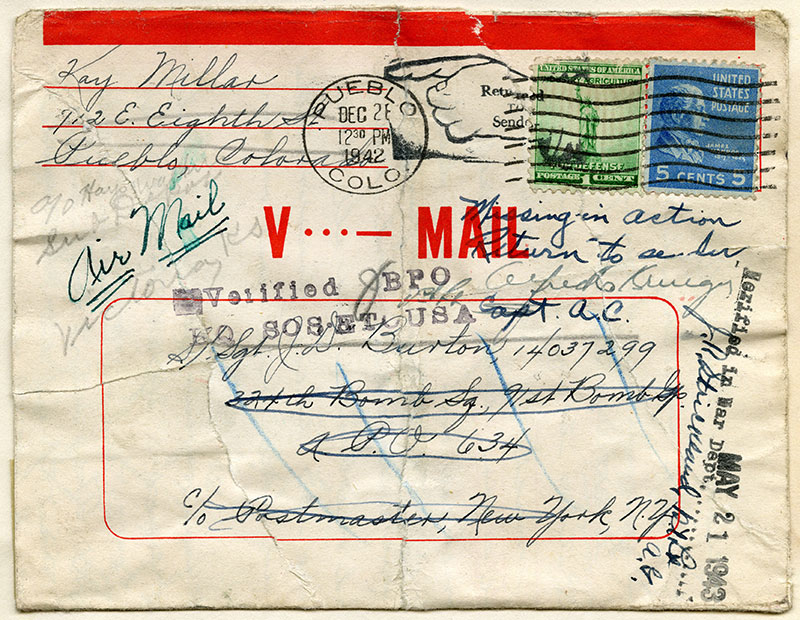 The letter, written on V-mail stationery, was sent without being microfilmed. It was returned to sender because the addressee was missing in action. Someone then tore the letter to pieces. Later, it was lovingly put back together and mended shut. United States, 1942.