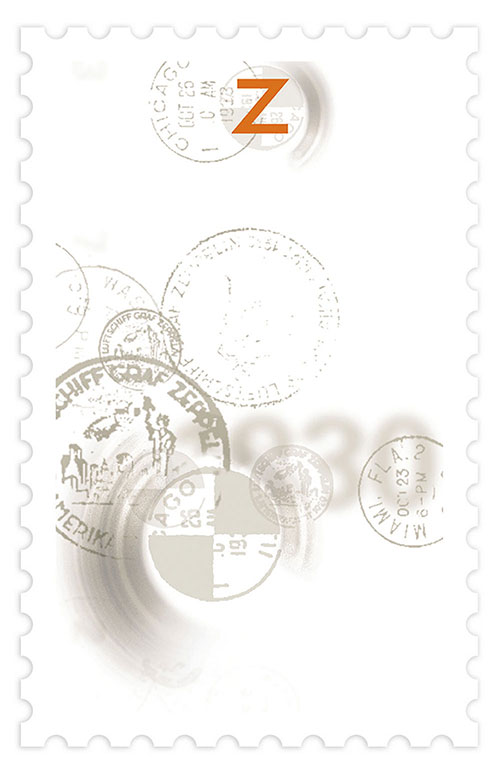 From its start in 1900 until the Hindenburg disaster in 1937, zeppelin airflight amazed and enchanted the world. Airships carried mail on most flights beginning in 1908, and many stamps were issued especially to carry mail on the zeppelins. The U.S. Post Office Department issued three stamps in 1930 and a fourth in 1933, all during the Great Depression, when few collectors could afford them.

This envelope, overfranked to create a souvenir with all three stamps, crossed the Atlantic four times: by ship to Germany, by zeppelin to South America, by zeppelin back to Germany, and by ship back to Washington, D.C. United States, 1930.