“Welcome to the World of Pitney Bowes”

In the connected, borderless, and everchanging world of commerce today, complexity is a constant, data abounds. Error-free is the expectation. And physical and digital transactions work in concert to create real business impact. As this world of commerce has evolved, Pitney Bowes has evolved too. Today, we’re a global technology company powering billions of digital and physical transactions for more than 1.5 million small businesses, and for 95% of Fortune 500. How did we get from there to here? By understanding the value in getting every transaction exactly right. In everything we do, we’re driven to deliver accuracy and precision to help our clients create meaningful impact, identifying patterns within a client’s data to help them target customers in the best way possible, providing the most comprehensive and accurate location data so our clients can make smarter business decisions, helping clients deliver the right messages, through the right channels, at the right time, making sure the right bank statement, invoice, or credit card bill ends up in the right envelope and the right mailbox, millions of times a day, and studying every detail of customs processes around the world so sending a parcel from Los Angeles to Lisbon comes with accurate costs and no surprises.

Welcome to the connected and borderless world of commerce where getting it precisely right creates an exponential impact that moves business forward.

Welcome to the world of Piney Bowes.

At Pitney Bowes we deliver innovations that help clients navigate the complex and always evolving world of commerce–from helping them use data to market to the best customers, to efficiently enabling the sending of parcels and packages, to securing payments through statements and invoices. In everything we do, we deliver accuracy and precision to drive meaningful impact.

The Founders and History of The Model M Postage Meter

Arthur Pitney created his first mailing system in 1901 while working as a wallpaper store clerk. His first postage machine consisted of a manual crank, chain action, printing die, counter, and lockout device. After being granted a patent in 1902, he shortly after formed the Pitney Postal Machine Company in Chicago, Illinois. This became the American Postage Meter Company in 1912.

Walter Bowes headed the Universal Stamping Machine Company during the early 20th century, which manufactured post office canceling machines. He achieved prominence during this time for promoting the permit printing of mail, and eventually moved his operation to Stamford, Connecticut in 1917.

By 1920, Pitney and Bowes met in Stamford and formed the Pitney Bowes Postage Meter Company, which focused on developing and promoting the postage meter. Later that year, the company built an improved version of the postage meter that separated the registering mechanism from the printing die. This version, known as The Model M Postage Meter, was authorized by the Post Office on September 1, 1920, and put into commercial use later that year. 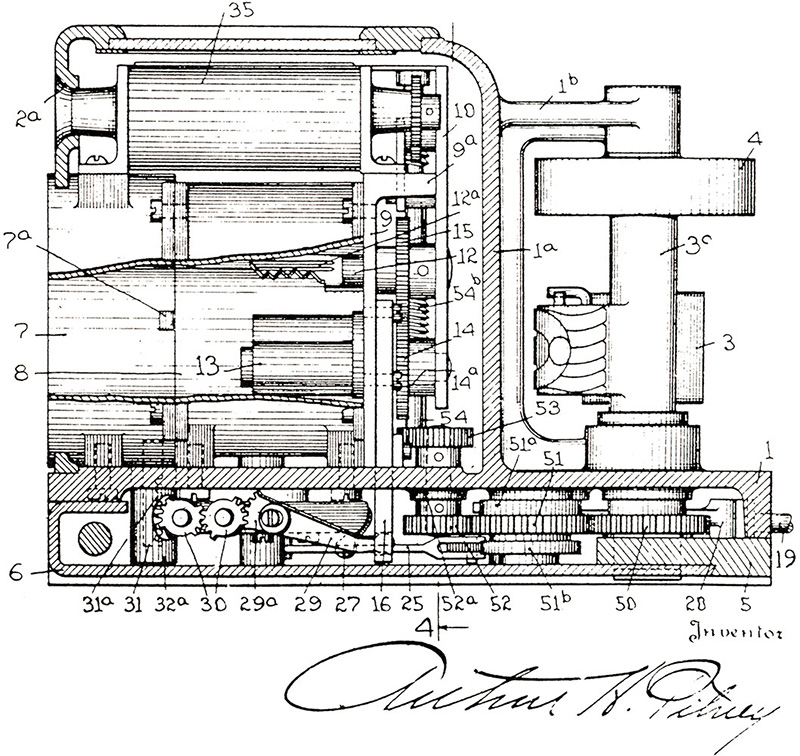