Epsilon is thrilled to participate in the Smithsonian's National Postal Museum Virtual Exhibition and assist in documenting the USPS's strategic partnership with countless marketing service providers and advertising agencies.

Having worked for NASA as a math aide during college programming IBM computers, and later as an IBM trainee, Hal recognized the power of early computers for membership applications. He looked for a data processing services firm specializing in membership recordkeeping. Finding none, in 1969, he and an HBS classmate, Tom Jones, formed Fraternal Systems, Inc. to help automate SAE’s records. Focusing on a small, but overlooked market segment, with SAE as their first client, they quickly added fifteen of the seventeen other major college fraternities as clients.

Engineers by training, Hal and Tom saw the computer’s ability to not only produce mailing labels, but more importantly, to craft personalized dues appeals, using the computer to address the member by name, mention their college and graduation year and send different messages based on the member’s prior giving. Using computer-generated letters, they increased SAE’s alumni giving tenfold.

Recognizing an opportunity to serve other organizations, in 1970, they changed the company’s name, choosing Epsilon because the Greek letter designates membership in set theory. 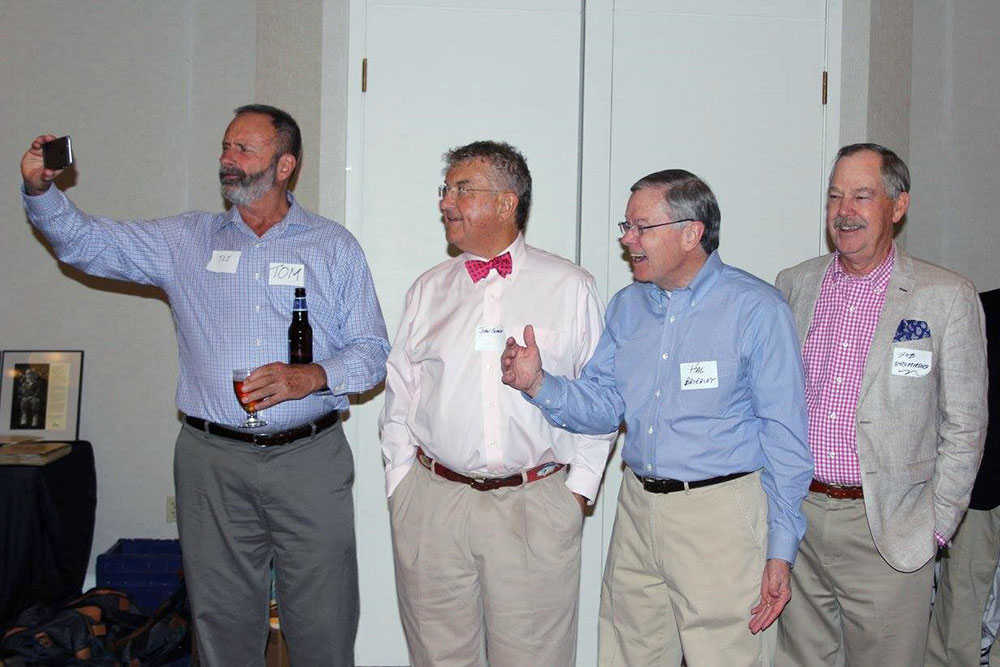 Building on their early success, they recruited two HBS classmates, John Groman and Bob Drummond, as additional founders and launched a direct marketing agency to help not-for-profit (NFP) organizations maintain their records and generate new members and donations. Starting with the Indiana State Teachers Association, Epsilon expanded to maintain membership for a growing number of national associations. With this, Epsilon become the first organization to build custom mainframe applications that would help drive the unique needs of the NFP industry, enabling highly personalized direct mail campaigns.

Over the course of the next four decades this innovation would serve as the foundation to a series of firsts for the data-driven marketing company.

Since many of Epsilon’s clients didn’t know what data they should collect and store, Tom Jones decided to store full histories of every interaction with the individual, including gifts, purchases, visits, surveys and more, which gave rise to the concept of maintaining a full record of detailed individual data.

With such a rich source of data, Epsilon began testing different direct mail messages to individuals based on their individual profiles, interests and preferences, quickly finding that recipients liked being treated as individuals and, as a result, personalized messages boosted direct mail response and net income.

While segmentation and personalization increased costs, because it generated hundreds of different messages, Epsilon’s testing proved that revenue gains far exceeded the extra costs. Segmentation also greatly complicated the direct mail production process requiring mail houses, the USPS and Epsilon to create a new approach that would allow clients to target but not to lose their Carrier Route postal discounts. 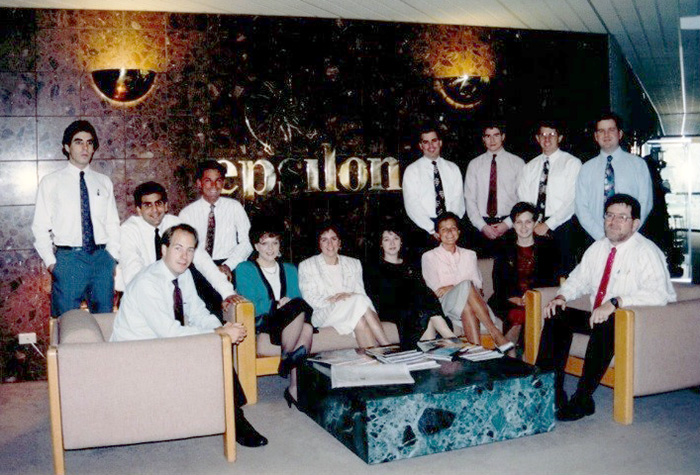 An early Epsilon team gathered for a group photo.

In the mid 1970’s, when travel industry leaders, United Airlines and Pan Am, wanted to expand their relationships with their frequent travelers, they retained Epsilon to maintain their airline lounge membership records and to serve as their direct marketing agency, becoming Epsilon’s first, major commercial clients. Working with United’s Red Carpet Club, Pan Am’s Clipper Club and InterContinental Hotels’ Six Continents Club, Epsilon extended the use of personalized communications, VIP recognition and unanticipated benefits into the “for profit” arena. In 1982, Epsilon helped launch Pan Am’s WorldPass, the world’s first global frequent traveler program and one of the market’s earliest loyalty programs.

By 1978, Epsilon reported sales of $10 million, growing at 50% annually, with profits of $1 million. Its clients included over 300 of the nation’s leading NFP organizations, including the ACLU, the American Association for the Advanced of Science, the Boston Symphony, the League of Women Voters, Nature Conservancy, the San Diego Zoo (which remains a client today), the US Ski Team and World Wildlife Fund.

Epsilon became the first company to build a proprietary, massively parallel processing system to manage consumer data and drive marketing campaigns. By 1983, annual revenues had reached approximately $40 million. A year later the company went public, offering shares on the NASDAQ exchange. A series of owners would follow including American Express in 1990, who acquired the business to obtain access to the proprietary database technology that it relied on to market its card services to consumers. This technology served as the source for over 900 million pieces of American Express direct mail annually.

During it’s time as a subsidiary of American Express, Epsilon's sales surpassed $100 million but began to wane as new competition emerged. This led to the divestiture of Epsilon as other investors saw the opportunity to drive growth in this emerging field. From 1996 to 2004 a number of private equity investors owned Epsilon, including Bain Capital and The Carlyle Group, before the company finally joined the Alliance Data (NYSE:ADS) family, which included LoyaltyOne and Card Services.

With Alliance Data’s support, Epsilon began to make a series of strategic investments that would establish it as the global marketing leader it is today.

First, through the acquisitions of BigFoot and DoubleClick, Epsilon became an overnight email marketing industry leader and the first database marketing company to embrace the emerging email channel. The company also invested in data, through the purchases of Abacus and Equifax’s Direct Marketing Services division. Next came investments in creative and agency services when Epsilon acquired Aspen and HMI. Their most recent investment focused on personalized digital marketing through the acquisition of Conversant in 2015.

During this period, revenue grew from $300 million to over $2 billion and these acquisitions established Epsilon as a global leader in creating connections between people and brands. In 2016, Ad Age recognized Epsilon as the #1 World’s Largest CRM/Direct Marketing Network, #1 Largest U.S. Agency from All Disciplines and #1 Largest U.S. Mobile Marketing Agency.

Today, as an all-encompassing global marketing company, Epsilon harnesses the power of rich data, groundbreaking technologies, engaging creative and transformative ideas to get the results that clients require. 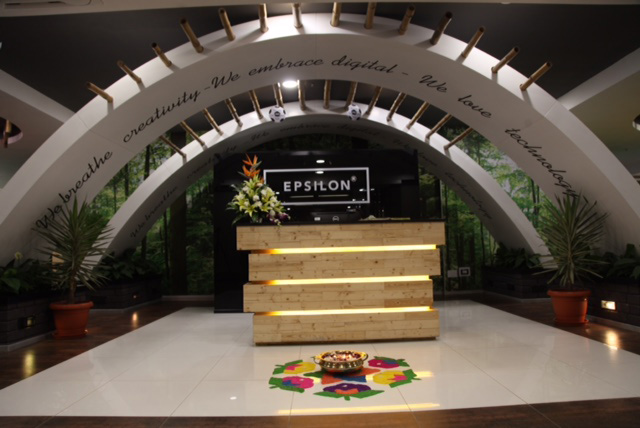 Epsilon's offices span the globe, with its newest location which opened in Bangalore India in 2015.

The company employs over 7,000 associates in 70 offices worldwide, including corporate headquarters in Irving, Texas.

Epsilon/Conversant Chief Executive, Bryan Kennedy, shared, “Providing all-encompassing and properly integrated marketing solutions has never been more difficult or more rewarding given the digital communication channels we have today. But know this, direct mail is not dead. It is still getting a very large share of Epsilon clients’ direct marketing budgets. And we couldn’t do it without our nearly 50 year relationship with the USPS.”

So at Epsilon, yes a lot has changed, but some major things haven't and probably never will. 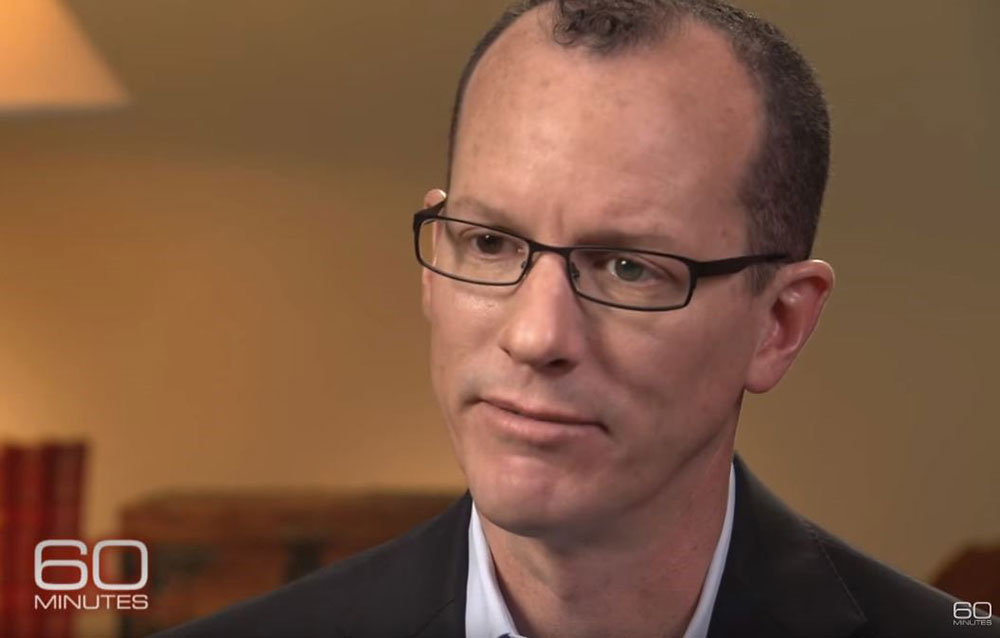 In 2014, Chief Executive, Bryan Kennedy sat down with 60 Minutes to help educate consumers on the benefits of data-driven marketing in the digital age.

He added, “More than any other marketing provider, we've always come at it first from a math-oriented mindset. This goes all the way back to our roots, grown out of decades of experience in direct marketing – before digital channels existed or could even be imagined. The same analytic techniques that helped us advise clients on what typeface to put on an envelope or what consumers to reach through the direct mail channel, we now leverage to personalize billions of interactions with consumers across offline and online channels. This helps advertisers more efficiently connect to the consumers that care about their brands in ways that are relevant and meaningful.” 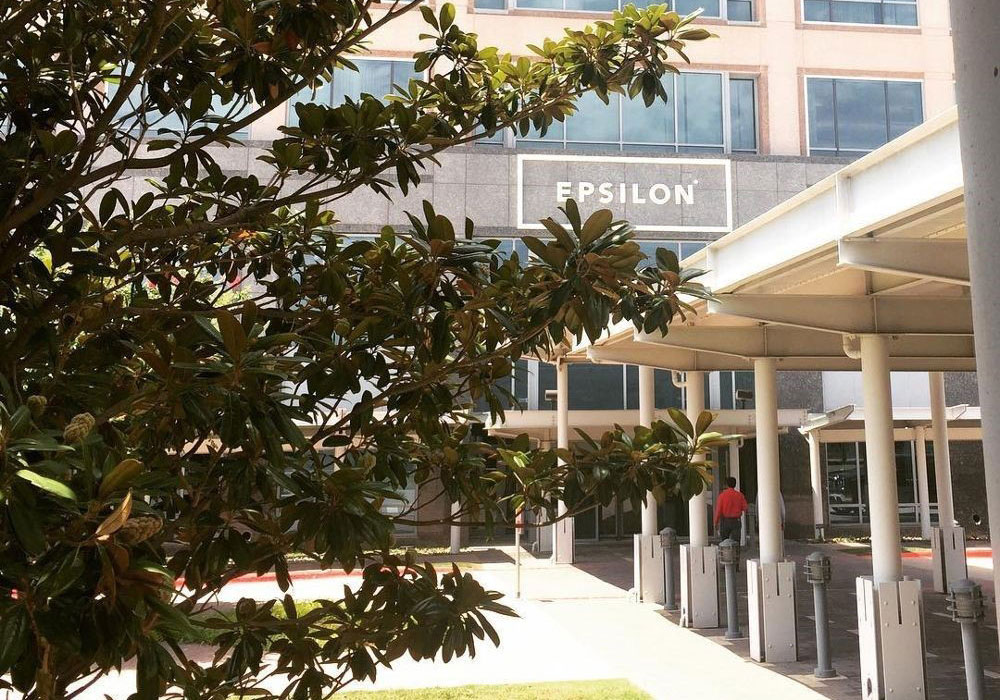 ‹ Boneal up Hub Mail ›
Back to Top