Boneal’s story is one of American business, entrepreneurship and adaptation, all of which have helped them meet the needs of an ever-evolving United States Postal Service, as well as other government and commercial entities. As times have changed, Boneal has continued to manufacture the solutions needed to keep its clients efficient, competitive and moving forward.

Laying the Groundwork for Success

Founded in 1980, Boneal began as an assembler of consigned typewriter components for IBM in the Commonwealth of Kentucky. The company moved into its existing headquarters location in Means, Kentucky in 1981.

From meager beginnings Boneal leveraged its company resources to make direct inventory and material acquisitions. It supported IBM’s growing production of the popular Selectric typewriter, which then evolved into computer printer equipment. At the turn of the decade, Lexmark acquired the printer and printer supply operations divisions of IBM, prompting Boneal to expand its operations and product lines to become a key manufacturing supplier for Lexmark International.

Meanwhile, the USPS began its move toward automation. During the 1980’s, it introduced optical character readers and deployed small parcel and bundle sorters.

A Lasting Partnership Is Formed

The USPS significantly increased mail automation throughout the 1990’s with letter, flat and parcel sorting machinery. At Boneal, Dr. Keith Gannon assumed executive management responsibility in 1995 and introduced the “Manufacturing Solutions” business model. The heart of this model matched Boneal’s diverse technical expertise and supply chain with its customers’ needs, putting the focus on finding solutions to each client’s most challenging problems while also adding value to their bottom line.

The trajectories of Boneal and the United States Postal Service would finally converge in 1996 when the USPS’s need for robust automation spares and mail collection equipment led them to Boneal. Boneal’s “Manufacturing Solutions” model and relevant experience gleaned from manufacturing typewriter and computer printer equipment was the perfect match for their needs. And so began a productive partnership that would continue to develop with the changing times.

In 2001, during one of the most tragic periods of American history, Boneal worked closely with the USPS to overcome many unforeseen challenges. It provided rapid response with the replacement parts needed for postal sorting machinery compromised during the anthrax attack on the U.S. mail system. In subsequent years, Boneal supplied the equipment cleaning systems for vacuum-removal of machinery dust on digital bar code sorting machines at over 600 USPS sites. These cleaning systems reduced dust and eliminated future airborne contaminants within sorting facilities, making them safer for workers and the American public alike.

As the USPS continued to implement the technology needed for increased automation, its partnership with Boneal grew as well. The wall-mounted letter and bundle drop units found in virtually every post office lobby were manufactured by Boneal, as were the motorist mail chutes at many neighborhood drive-up mail collection boxes. These products familiar to the American public served to broaden Boneal’s recognition in the industry. 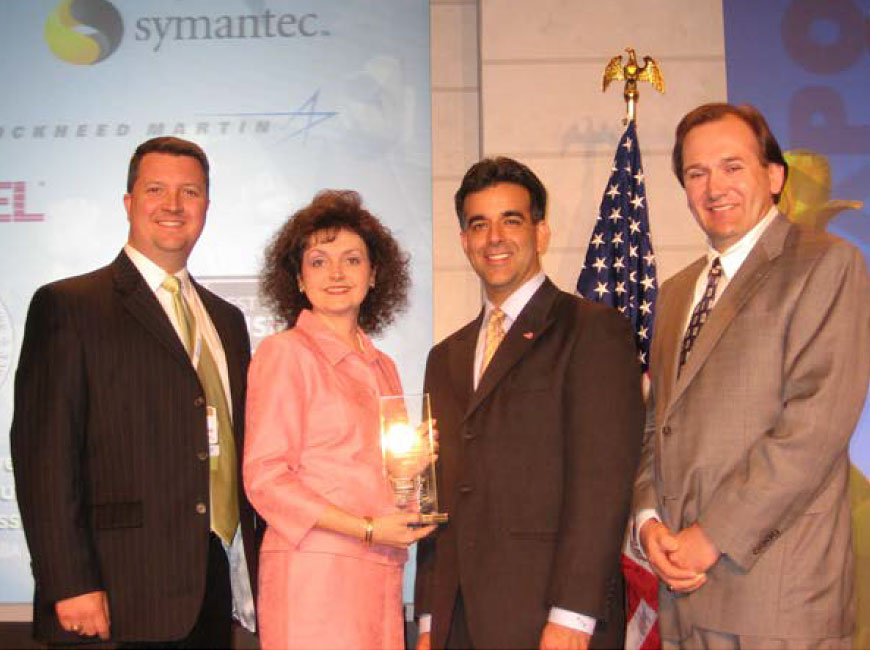 The Boneal Management Team Accepts the Small Business Administration’s “Prime Contractor of the Year” Award for the US Southeast Region, 2005p

When the USPS developed Automated Warehouse Replenishment systems in 2004, Boneal won competitive contracts that ensured a stable, long-term and pre-qualified supply of automation spare and repair equipment. Throughout the 2000’s, Boneal’s focus on quality systems, manufacturing methods and program management transformed the company. Not only did it help them establish a national client base that included the United States Air Force and United States Coast Guard, but it garnered them considerable recognition within the industry. Boneal was honored by the USPS with Supplier Performance Awards in 2000, 2001 and 2008. In 2005, Boneal was nominated by the USPS and honored nationally by the Small Business Administration as one of ten Prime Contractors of the Year.

The Beginning of a New Era 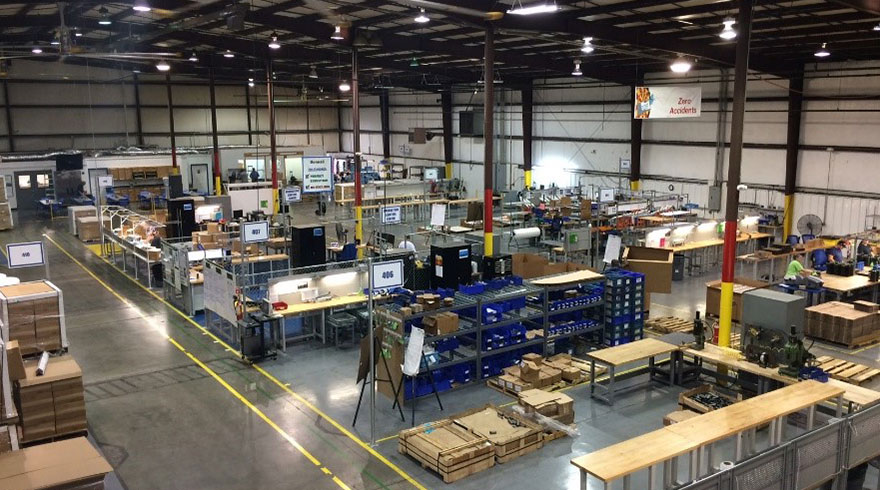 At the start of its fourth decade in business, Boneal began another successful transformation. It developed BonealNet, a web-based software to streamline data management and proprietary supply chain processes. It also began a “lean journey” based on the principles of the Toyota Production Method, which transformed practically every aspect of Boneal’s business. Expansion of its manufacturing operations across Kentucky quickly followed.

Boneal also rolled out an enterprise business model that expanded overall business to include Boneal Aerospace and Boneal Order Fulfillment Services. By 2015, Boneal emerged as the premier builder of spare and repair components for the USPS, its products touching every piece of mail sent. The Boneal team rose to the challenge of increased price competition, by developing labor-saving processes and decreasing production cycle times, proving that the innovative spirit of the American worker is alive and well.

Today, Tomorrow and Long Into the Future

With a sense of the past but a keen eye forward, the Boneal Enterprise remains committed to a long term future with many customers including the United States Postal Service. Dr. Keith Gannon, Boneal CEO, states it this way, “Our team demonstrates a passionate commitment every single day to make every effort on every contract to meet or exceed customer expectations for Quality, Cost, Delivery and Service. A relentless pursuit of excellence and continuous improvement is a core value at Boneal.” Gannon also adds jocosely, “Any organization pioneered by Benjamin Franklin surely merits strong consideration as a long-term customer.” 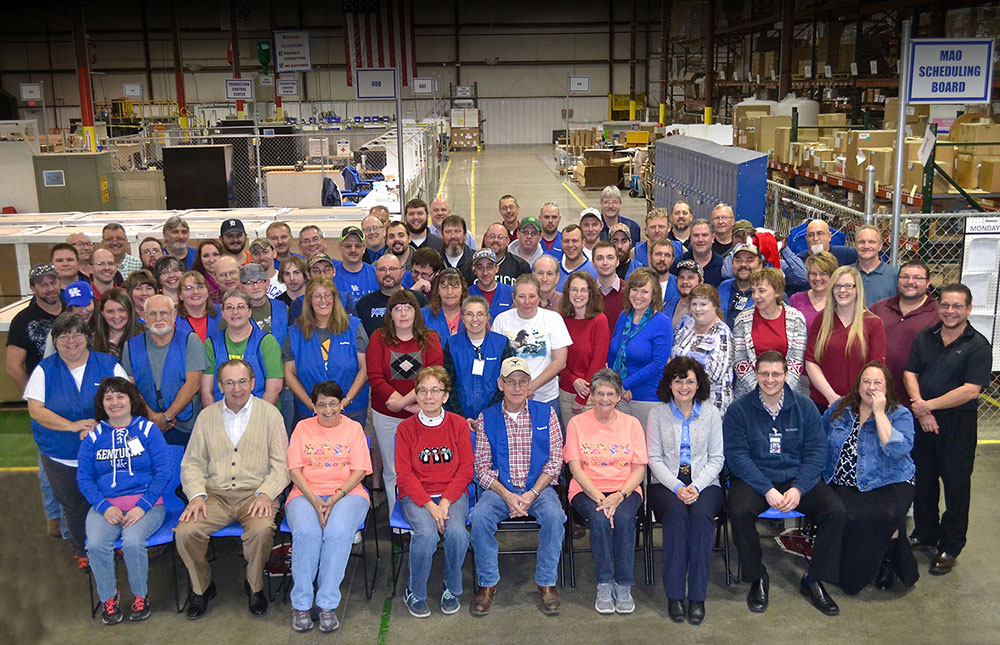 The Boneal team is incredibly thankful to the dedicated USPS professionals they work with every day. Gifted procurement, engineering and inventory management experts work tirelessly behind the scenes to make the United States mail system work. It’s an honor to serve them, the United States Postal Service, the mailing community—and ultimately, the American people themselves.