Hammacher Schlemmer has a wonderful history.

The Hammacher catalog is really the way in which we communicate to our customers in a very unique and exploratory way.

The catalog is the catalyst for all of our marketing efforts.

There is no other mechanism to get your brand in the hands of your prospective customers.

It's the digital marketing combined with the catalog that we really feel offers the best opportunities.

And the physical world for Hammacher is via our catalog.

It's actually rather cool.

When you hover the tablet over the page you see the item come to life.

This is an incredible start to the marriage between the physical and the digital.

Hammacher Schlemmer is America's longest running catalog, offering The Best, The Only, and The Unexpected since 1848. The company provides unique products that solve problems or represent the only one of their kind, and backs its products by a Lifetime Guarantee of Complete Satisfaction. 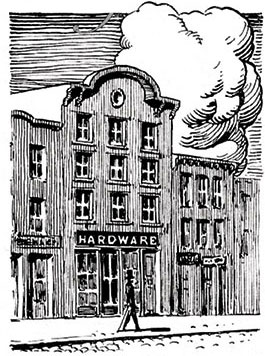 1848 – Hammacher Schlemmer began as a hardware store specializing in hard-to- find tools in the Bowery district of New York City. Owned by proprietors Charles Tollner and Mr. R Stern, it became one of the first national hardware stores. 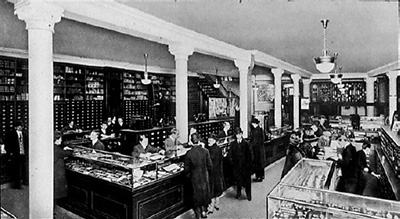 1859 – Family friend Alfred Hammacher invested $5,000 in the business and the company's name was changed to Hammacher & Tollner. 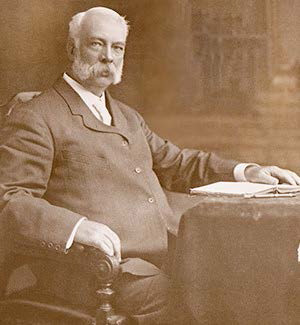 1860’s – The company name was changed to Hammacher & Co. when William Schlemmer, Tollner's nephew, gradually bought out Charles Tollner's stake in the company. 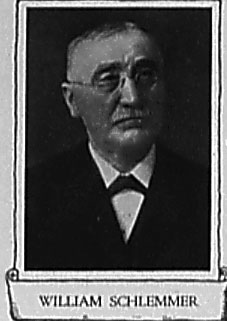 1862 – As the Civil War spread across the country, a severe coin shortage in New York City made it nearly impossible for retailers to make change for their customers. In response to this shortage, the United States government allowed merchants to mint their own coins, known as "rebellion tokens" or "copperheads". Hammacher’s tokens were the best quality available copper. 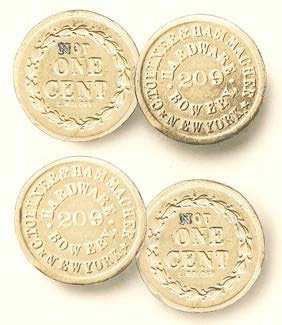 1881 – The first known printing and distribution of the Hammacher Schlemmer catalog occurred in 1881 and by 1912 the company printed its largest catalog to date, spanning 1,112 pages. A copy is housed in the Smithsonian Institution’s collection. 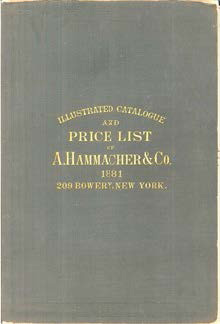 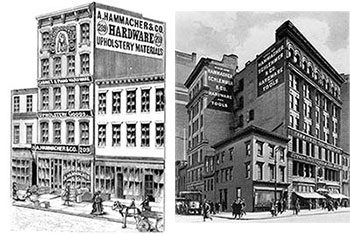 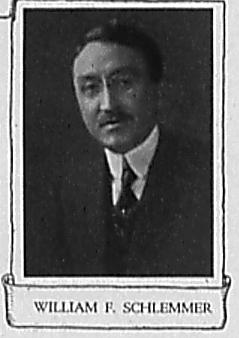 1926 – The business moved uptown to larger quarters at its present location on East 57th Street in New York City. 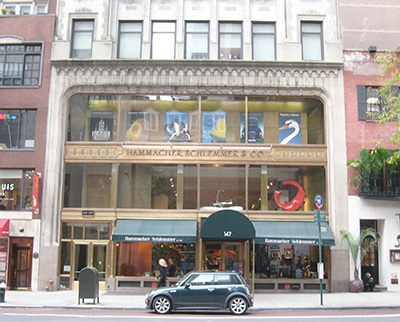 1930s – This era began Hammacher Schlemmer’s long history of showcasing new inventions in the pages of their catalog. They were the first to offer Americans such wonders as the pop-up toaster (1930), the electric toothbrush (1955), and the telephone answering machine (1968). 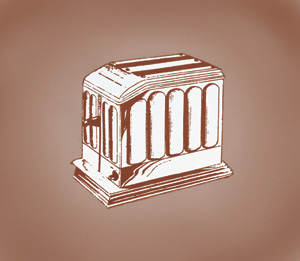 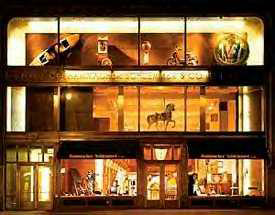 1962 – Dominic Tampone was made president of Hammacher Schlemmer and brought a practical, yet whimsical focus to the company. He initiated a wholesale operation, Invento Products Corporation, as a subsidiary for inventing and product development. Invento quickly evolved into a clearinghouse for the new and unusual, sourcing items from around the world and selling them under its own namesake brand. 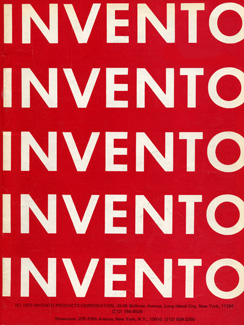 1980-1983 – J. Roderick MacArthur purchased Hammacher Schlemmer in 1980, after founding The Bradford Exchange in 1973. In 1983, he created the Hammacher Schlemmer Institute as an independent but affiliated branch of the company, whose purpose was to comparatively test top-of-the-line products. 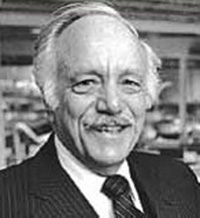 1984-1986 – Two additional stores were added to Hammacher Schlemmer; one in Chicago, Illinois (1984) and one in Beverly Hills, California (1986). With the web-based side of Hammacher becoming such a productive aspect of the company - with online sales increasing at a rate of 30% each year - both the Chicago and Beverly Hills stores closed their doors in 2005, leaving only the landmark store in New York City. 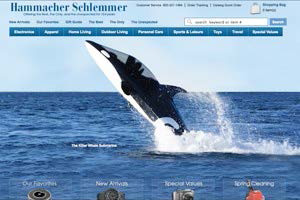 2013 – In November, Hammacher Schlemmer celebrated its 165th anniversary by remodeling the New York store to display their signature collection of the Best, the Only, and the Unexpected in open, brightly lit showcases. Hammacher Schlemmer also became an employee owned company during this year. 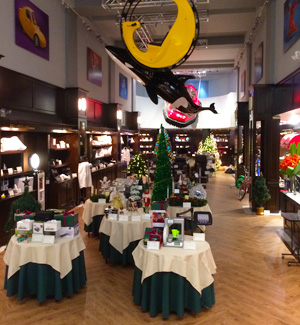 2014 – In collaboration with the U.S. Postal Service, Hammacher Schlemmer released The First Augmented Reality Catalog, an exclusive and revolutionary new way to experience America’s longest running catalog. After downloading the free Hammacher Schlemmer app for iPad, users could simply scan specially marked catalog pages to overlay a three-dimensional image of a product that literally jumps off the page. Users could zoom in and out, spin the item 360º, play videos, and easily access helpful information such as user manuals and customer reviews with just a touch. Items could even be purchased directly from the app. 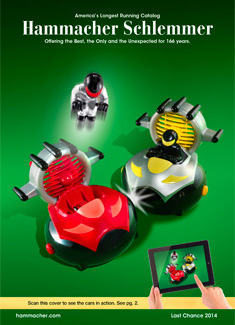 Popular Media – Hammacher Schlemmer’s unique products are still frequently featured on popular Television programs, such as The Today Show, Good Morning America, and The Kitchen from the Food Network. 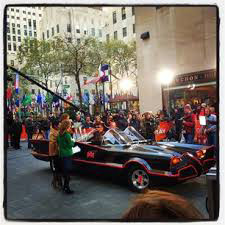 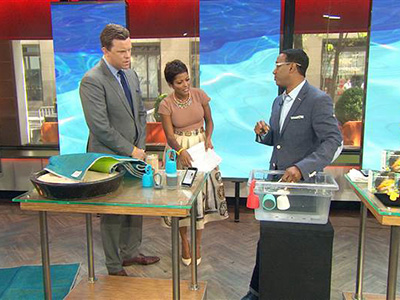 The Sandless Beach Mat on The Today Show

Innovators – The U.S. Postal Service and Hammacher Schlemmer have both embraced innovation throughout their history in order to keep up with changing needs of their customers. As Hammacher Schlemmer continues to introduce unique problem-solving items, the USPS remains a vital trusted partner in delivering our message to our customers across the nation. 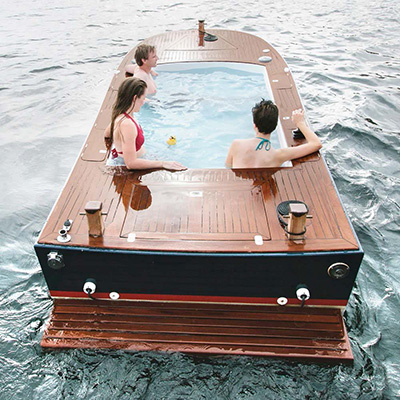 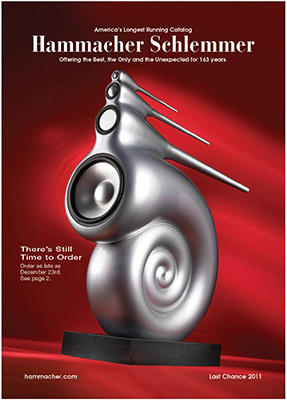 ‹ Dakin Farm up Harbor Sweets ›
Back to Top