My company helps with maintaining relationships with family, friends and business associates. Often times there is no better way to send love and thanks than with a gift of unique, wholesome specialty foods carefully gift packaged and shipped along with a greeting card carrying personal sentiments.
By, Sam Cutting IV, Dakin Farm Owner 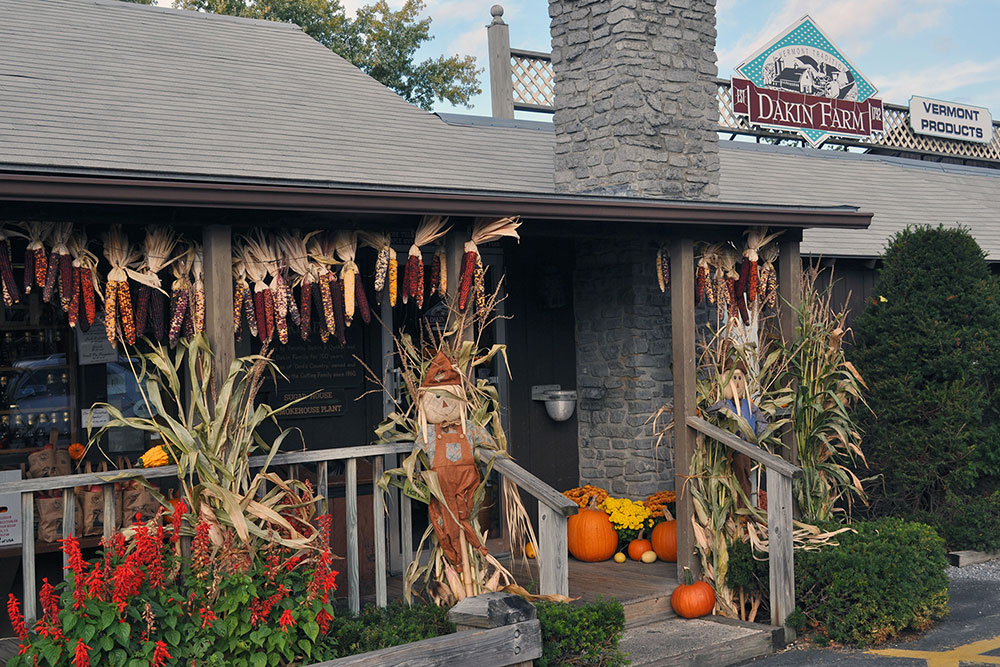 In the heart of Vermont’s Lake Champlain Valley, mid-way between Burlington and Middlebury lies Dakin Farm.

The farm was settled by Timothy Dakin in 1792. It was one of the first ten farms settled in the town of Ferrisburgh. The farm remained in the Dakin family until 1940 at which time the last two remaining Dakins were two sisters who never married. When they became too old to run the farm they sold the original farmhouse, barns and 120 acres of land. The farm changed hands one more time between 1940 and 1960 and a small road-side stand was added.

My name is Chuck. How may I help you?

Sure, I can help you do that.

May I have your customer number on the back of the catalog please?

Are we shipping to you or someone else, ma'am?

That's what cushions the product.

This is a spiral sliced ham. And we like it so when the customer or the gift recipient opens the package they get to look right at the nice label right on top.

And we put serving suggestions in, which show how to serve the spiral sliced ham.

And this particular order is going to Martha Stewart living in New York City to be filmed, or shot, for their April issue.

And Easter happens to be in April this year so we're pretty excited about that.

And so I get to help people learn how to pack

And it's a pretty busy, exciting, time of year. It's just kind of a great comradery. A lot of the people have been here for many years. This makes it kind of a special place to be. Before I retired I was a physician. I was in infant practice, internal medicine in

Rutland for thirty years but I retired ten years ago, and I just can't spend the winters without doing something and this was actually a fun oportunity.

So I'm Molly Ball and I grew up on Dakin road less than a half a mile away from both Sam Jr. and Sam Senior. and my dad guest boils in the Ferrisburgh store every year.

My name is Martha Osmond. I've been working here at Dakin Farm only two weeks and I wanted to, though, for years because

It's a great family atmosphere here. We have multi-generations working here. Employees, my father's still around after 50 years and my sister runs our Dorset Street store.

So it's a real family business and we're sending gifts to family and friends across the country. So it really is a happy holidays from our family to yours.

In 1960 Sam and Joan Cutting purchased Dakin Farm and moved their young family into the original 1792 farmhouse. Sam flew full time as a fighter pilot with the Vermont Air National Guard. In the beginning the farm stand was just a hobby that was open during the summer. During their first year in business Sam and Joan were delighted to sell $10,000 worth of their products over the course of the year.

Eventually, Sam learned how to smoke a side of bacon and a couple of hams in an old wooden barrel over smoldering corn cobs according to old Vermont recipes. He would offer these for sale in the farm stand along with the maple syrup he would “hot pack” in retail containers and the sharp cheddar cheese he had selected from the state’s finest creameries. 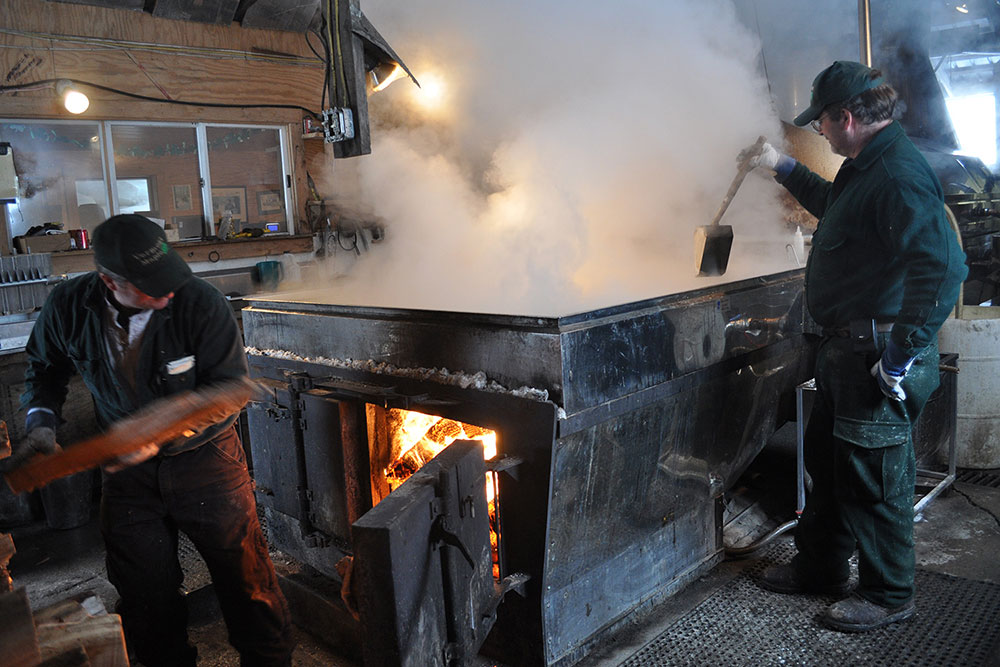 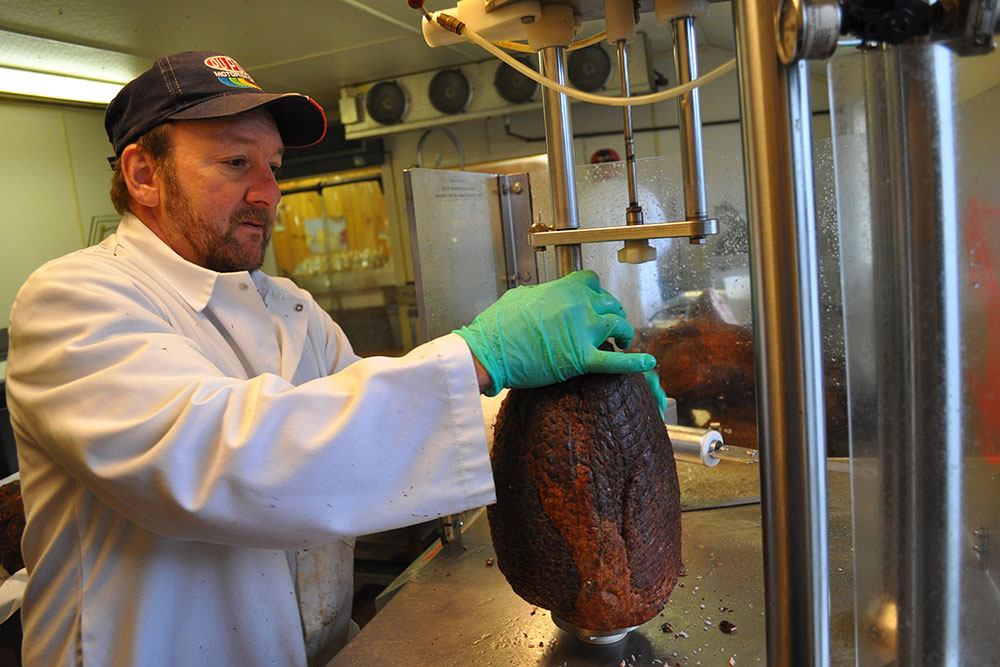 In 1980, upon graduating from the University of Vermont with a business degree, Sam Cutting IV joined his parents in the operation, which by then had become a thriving year round business. In 1993 Sam became president and owner of the business.

The goal of the younger Sam was to take the product line developed by his parents and sell it to the masses through mail order. The mail order business grew each year. Then came the Internet, which Sam embraced to further increase business.

In 2003 with the assistance of The Vermont Economic Development Authority and the Small Business Administration, Dakin Farm built a $2,000,000 distribution center to support the shipping demands created by the catalog and Internet.

During the peak holiday season, Dakin Farm employs over 150 local workers to produce the farm’s products and prepare packages for shipment. During the busiest days of the holiday season, more than 6,000 packages are shipped daily. Between the original farm store in Ferrisburgh, an outlet store in South Burlington, Vermont, and the mail order / Internet business, Dakin Farm sales have exceeded $6,000,000 in 2014. 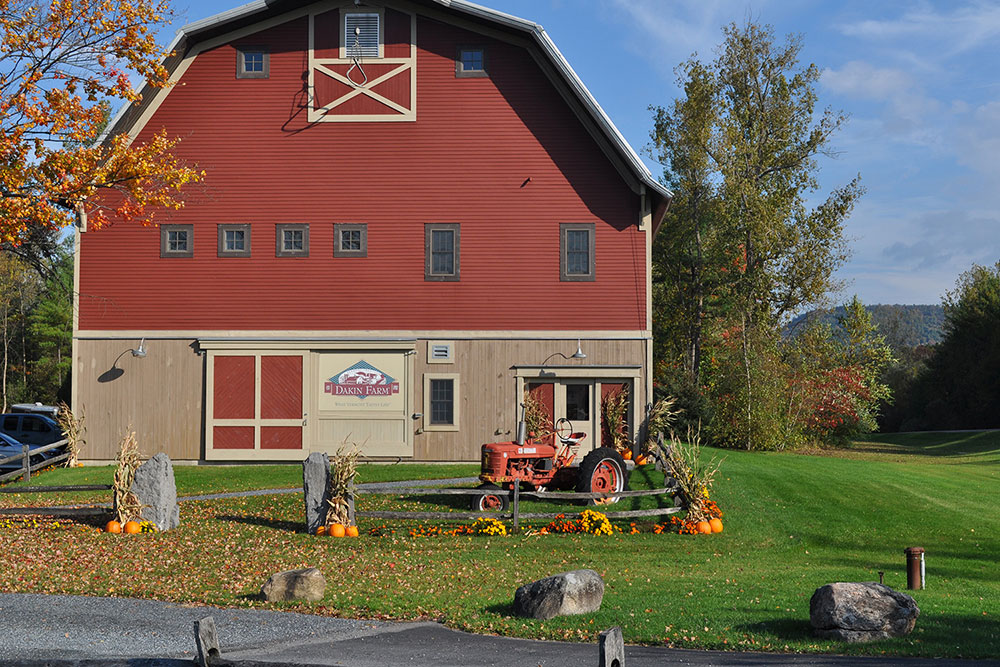 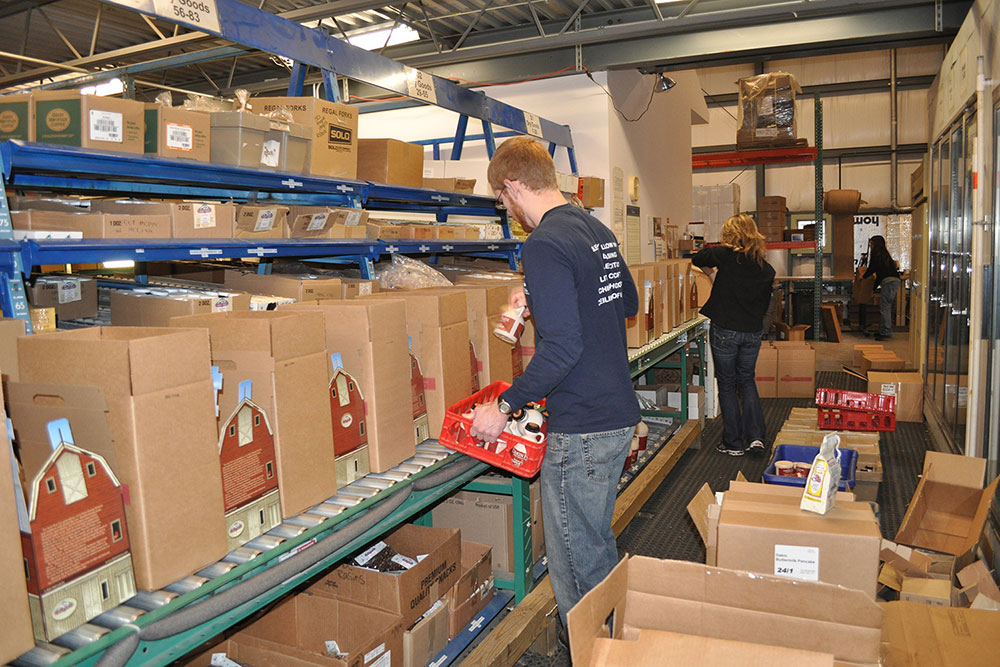 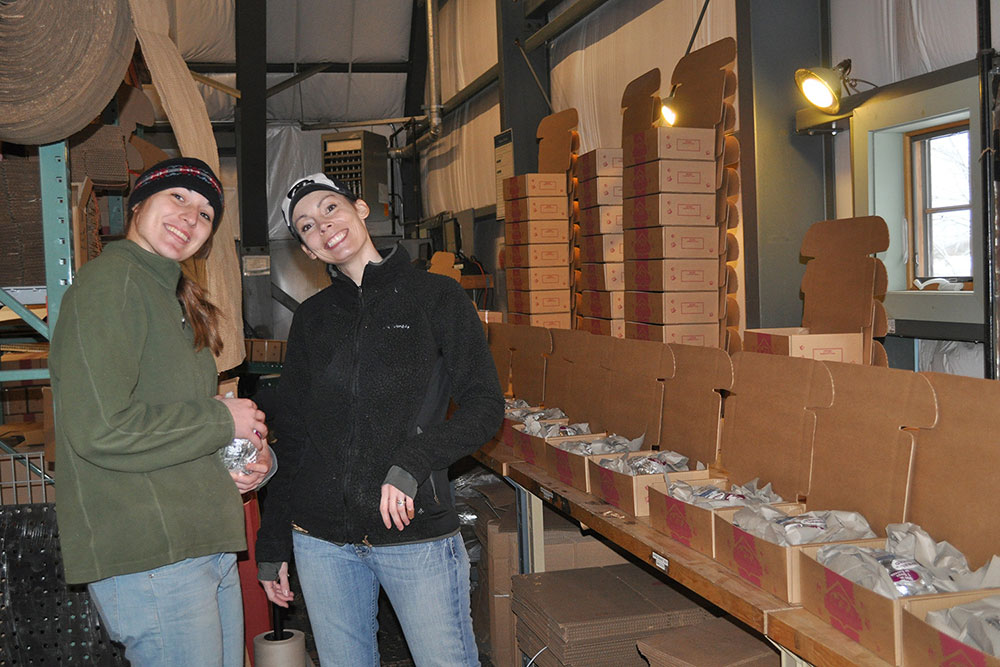 To this day the time-honored methods and original 1800’s recipes that came with the farm are still used for smoking meat, producing and packing maple syrup and selecting, aging and waxing fine whole milk cheddar cheese.

In the fall of 2012, Dakin Farm entered into a partnership with Cabot Cooperative Creamery. While Cabot, which is owned by 1,200 farm families from Vermont, New England and Upstate New York would maintain their focus on making fine cheese and other dairy products and shipping them to super markets, Dakin Farm would take over the internet marketing, catalog sales, wholesale, fund raising, corporate sales and fulfillment of Cabot cheese. This partnership enabled customers nationwide to order Cabot products year round over the Internet or phone and have them shipped fresh to their doorsteps. Dakin Farm is proud of our relationship with the farmers who own Cabot as well as the farmers who make our maple syrup and other agricultural products. At Dakin Farm we feel it is both our duty and our honor to celebrate what came before us and ship traditional Vermont food specialties from the farm to consumers nationwide.

Throughout their careers both Sam Cutting III and Sam Cutting IV have been actively involved in supporting their Vermont industries by volunteering time to serve on numerous boards and have frequently taken leadership positions. Both have also traveled to Washington DC, and the Vermont State House, on numerous occasions to work on regulation and funding for pure Maple Syrup, direct marketing, agricultural development and tourism.

Dakin Farm and the Cutting family have been celebrated by national media from coast to coast for their unique, regional specialty foods. One of the more recent and colorful shows featuring Dakin Farm was The History Channel’s segment, called “Only in America” with “Larry the Cable Guy”.