An Opportunity Was Born

“There weren’t many people starting envelope manufacturing companies in 2003. More than a few people thought we were kind of crazy for doing it.”  So said Dave Theriault, President and one of the founders of Elite Envelope and Graphics of Randolph, Massachusetts. 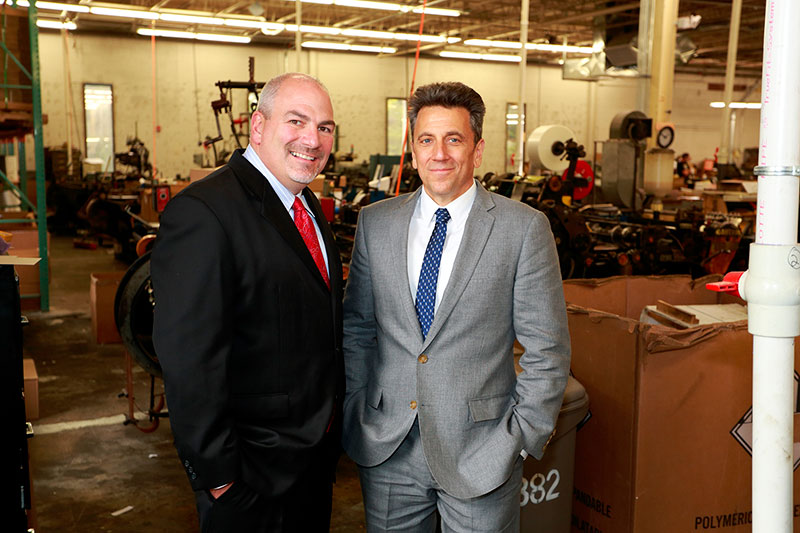 Theriault along with his business partner and co-owner Jerry Velona and founding member Tracie Theriault started Elite in early December of 2003 after seeing an envelope company for which they had worked for many years bought by a large competitor and put out of business. “It was the only envelope converter in greater Boston and many local printers and print distributors were going to have to go much further to get their envelopes made,” said Theriault. “We thought it made sense to give it a go since we already had relationships with those potential customers,” he added.

“Giving it a go” meant teaming up with Velona who was the sales and marketing half of the partnership, mortgaging their homes,  borrowing from friends and family for the initial investment and hitting the ground running. “Our first stop was the Verizon store to obtain cell phones and new numbers. Once we left the mall, Elite Envelope & Graphics was born,” recalled Velona with a smile.

The pair, plus Tracie Theriault, a long-time envelope industry pro in her own right, got right to work. First order of business was to secure a facility which they did in the town of Braintree, MA, the same town in which the closed plant had been located. The 15,000 square foot office and warehouse was just right for the company to get started on a five year rental lease. Dave began to scour the internet for auctions of quality, used equipment which the company eventually bought at bargain prices. 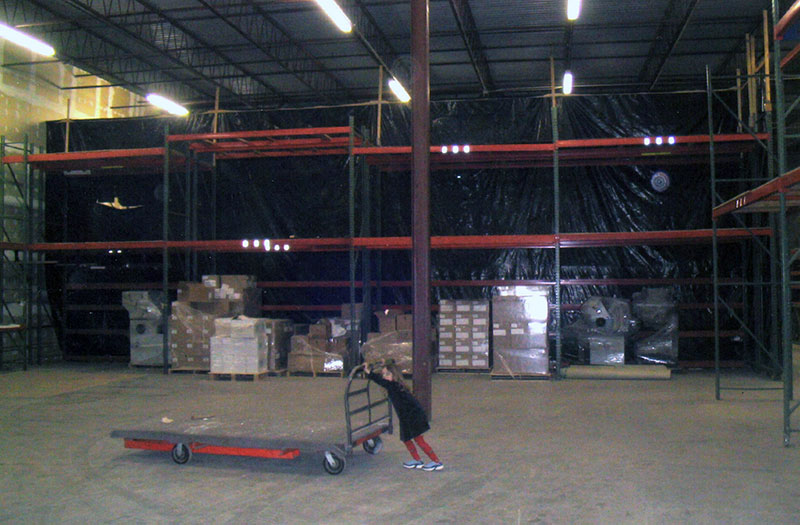 The trio immediately contacted all the customers with whom they had done business over the years. Many of them felt the risk of switching to a start-up was too great and took their business elsewhere. Recalled Velona, “It was a tough sell. We really had nothing in the way of equipment when we first started and we were doing our best to get folks to trust us based on our previous relationships. There were many sleepless nights in the very beginning, believe me.”

But while some of the previous business was lost, a significant number of past customers plus new ones decided to support the new company and gradually Elite began to take shape and become established. Dave was gradually getting the production facility set up while Jerry was scrambling to call on customers and get the word out in the market and Tracie was organizing the office, customer service, financial software and billing. 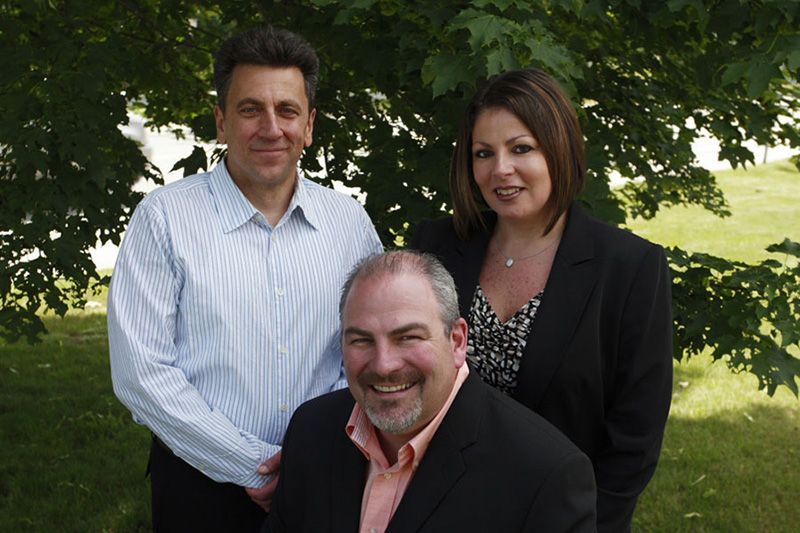 As the company started to accumulate business, Dave and Jerry began to make offers to former colleagues in the industry who had gotten employment with other envelope companies in the aftermath of the plant closing.  None of them were very happy with their new situations, many with long commutes.  One by one, they started to come back to work for their former mates. “Knowing that there were good people out there who we could rely on to build our staff was one of the key factors in deciding to start Elite,” said Theriault.

Elite’s staff is a diverse cross-section of men and women. One of the earliest hires was Luis Souza, a first generation Portuguese immigrant who had worked as a paper cutter for over thirty years prior to joining the company. After Luis retired in 2015, his son-in-law and grandson carried on the family tradition and both work for Elite as of this writing. Other staff came from Southeast Asia, the Philippines, and Puerto Rico as well as from the neighborhoods of Massachusetts. “We always tried to hire the best in keeping with our name and our brand,” said Velona. “We’ve only lost a few employees during our entire time in business. People love working at the company and everyone is treated with the respect they deserve.” 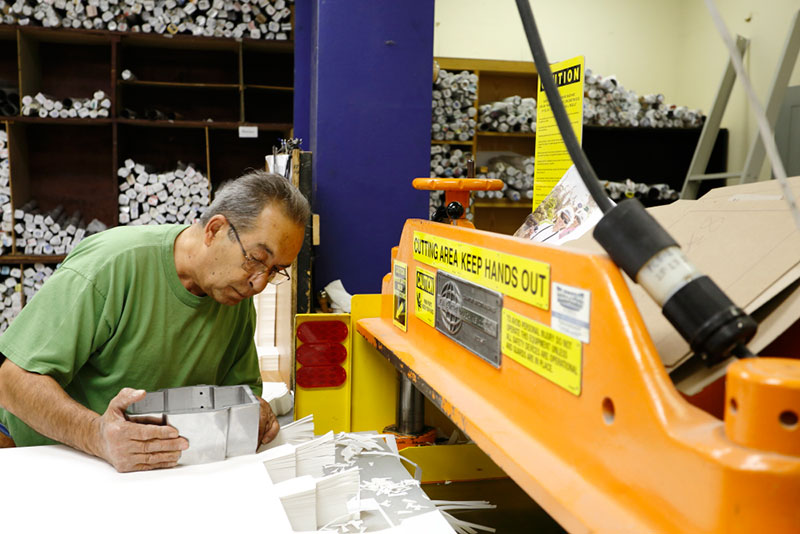 By the end of the first full year in business, Elite registered sales of nearly $3 million with a staff of 11. Within three years, the company had grown to 16 employees and generating annual sales of over $5 million.  In 2009, Elite purchased and moved into a 25,000 square foot building in Randolph, MA which became home to its growing manufacturing business. In that same year the company received an award from Mass Econ for generating manufacturing jobs in Massachusetts including a letter of commendation from Governor Deval Patrick. 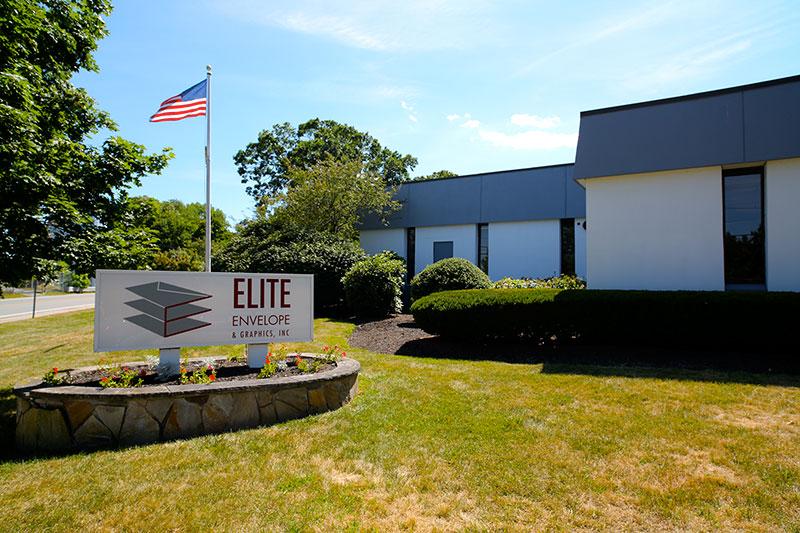 Elite’s core business has always been envelope manufacturing, converting and printing. Its customers are mostly other businesses who either buy envelopes for their own use such as bank statements and customer billing or resell them to their customers. The latter are comprised mostly of printers who take envelope orders and outsource them to companies like Elite do the work for them. Elite is on the small side as far as most envelope manufacturers. According to Theriault, the company never had designs to grow too big. “We like being small and flexible,” he said. “We wanted the kind of the company where you could say hello to everyone who works there each day. We also thought that keeping our expenses down would keep us more competitive in the marketplace and allow us to be more personal and service-intensive.” 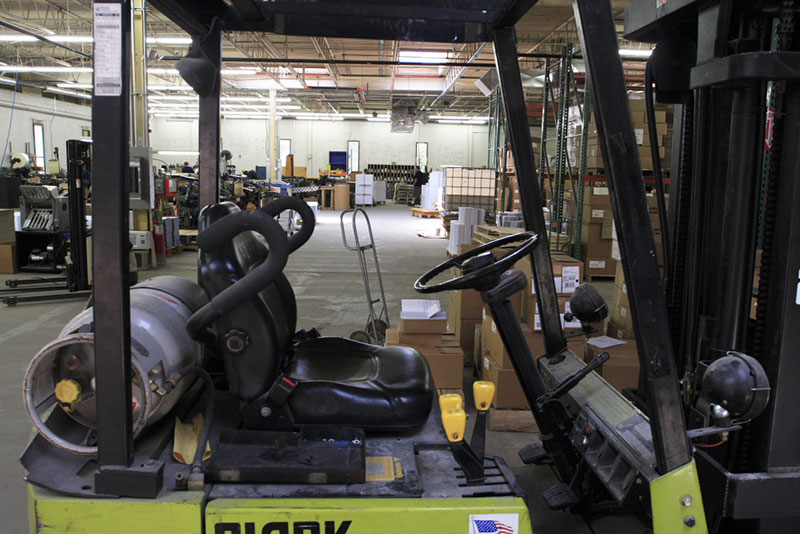 The recession of 2008/2009 hit Elite hard as it did many companies in the print and envelope business. But the company was able to ride it out and by 2012 sales were back to where they were before the downturn. Velona feels that the recession accelerated the decline in print and mail volume that had already started in the late 90’s. “Those of us in the business understand that the digital revolution means that print will never be what it was,” he said. “We need to use the technology to our advantage while finding ways to create greater value for what we do.”

In 2012, Elite acquired Web Corp, a company that specialized in cold-web printing with whom Elite had a relationship both as a vendor and a customer. Web Corp’s owner Hillary Librot had been looking for a buyer and both companies felt that joining forces would be a good fit. Elite absorbed most of Web Corp’s staff and moved the equipment into its Randolph, MA facility. One year after acquiring Web Corp, Elite had grown to 25 employees with gross annual sales of almost $7 million. 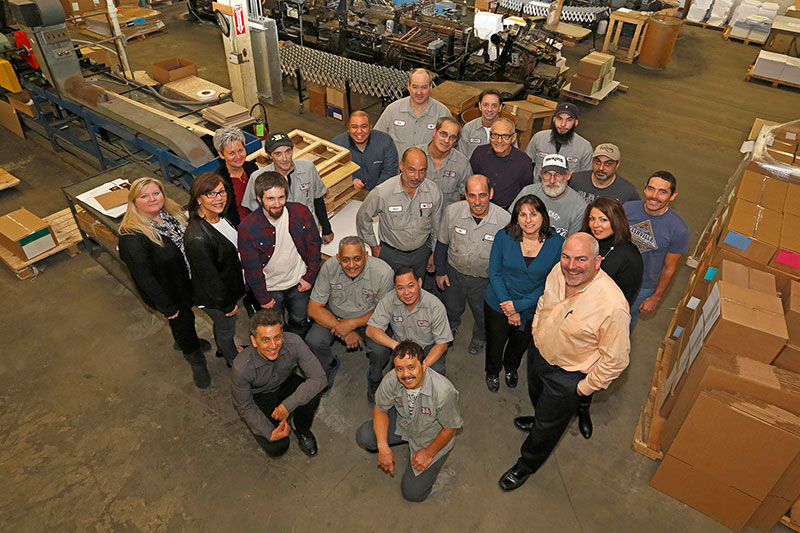 Theriault and Velona and their “little envelope company that could” continue to serve the envelope and print needs in their market. Looking to capitalize on new technologies and trends they have added digital printing capabilities and have recently installed solar panels to the roof of their facility in order to reduce their energy costs and give the company a “green” component to their brand.  The company also publishes a  blog which has twice won awards from the New England Direct Marketing Association. They feel the US Postal Service continues to play a key role in supporting their business with rate programs that incentivize direct mail and educational material. According to Velona, direct mail has made a resurgence by proving to be more effective than digital communications in generating sales results. The company is also using its website more to promote and sell products to a national market. 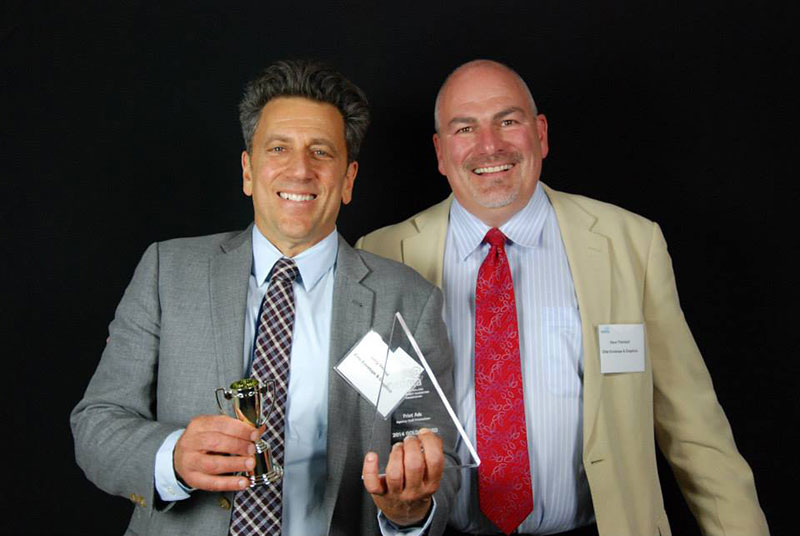 Jerry Velona and Dave Theriault receiving the NEDMA award for the company blog. 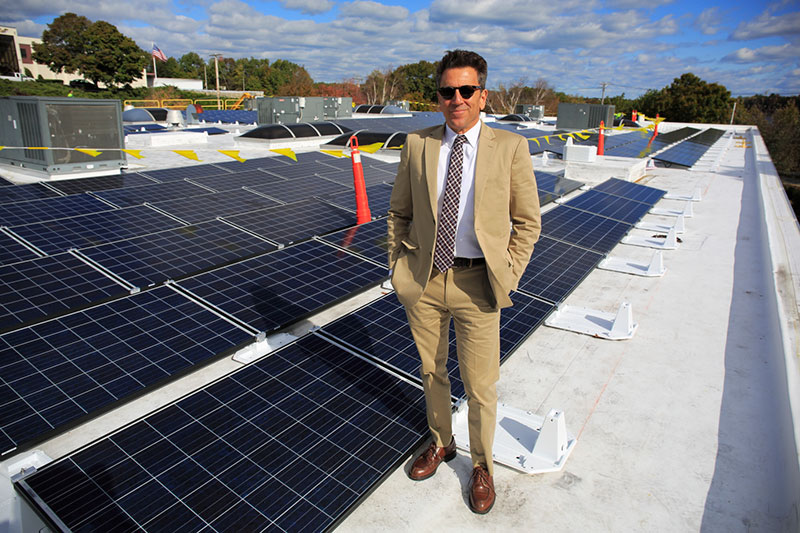 Jerry Velona on the roof with the Elite’s solar panel array. Elite the only envelope company in the state to generate renewable energy for its production.

Despite the challenges posed by an increasingly paperless world, the owners of Elite are optimistic about their future. “There will always be a need for print on paper,” says Velona. “The permanence of the printed word resonates and connects in a way that digital communication does not. And surveys have shown that the younger generation having grown up looking at screens are more receptive to mail and print than you might think.”  Says Theriault, “We need to use the marvelous technology of today and the future to our advantage. Societal trends move back and forth. We’re seeing a movement back in our direction with developments like the increasing number of small greeting card companies. We’re excited to see where we’ll be in the next ten years.”