There has been a newspaper continuously serving Princeton and Caldwell County, Ky., since 1871 when Capt. C.T. Allen started The Princeton Banner, a weekly newspaper of four pages.

In 1902, Richard McGregor began publishing The Princeton Leader, and a year later Miss Nannie Catlett purchased that paper and then absorbed it into the Banner in 1904. The paper increased its frequency to Tuesday and Thursday and operated under the name of The Twice-A-Week Leader.

The Twice-A-Week Leader remained in the Catlett family until 1940 when Gracean Pedley purchased it, and changed it back to a weekly operating under the name The Princeton Leader.

In 1945, the Leader became the first non-daily in Kentucky to join The Associated Press.

In 1949, Pedley sold the paper to John and Betsy Hutcheson, who had no connections to the community but won numerous Kentucky Press Association awards for their work.

The Leader was the first paper in the county to use locally-taken photos (1949) and to change its printing operation from the costly letterpress model to off set printing (1966). 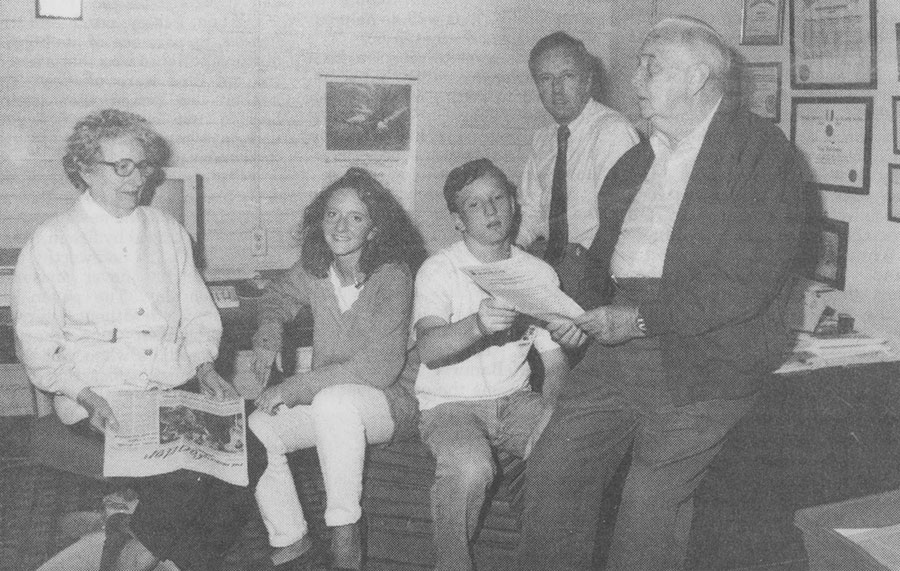 The Leader and Times continued to compete with Wednesday publications until May 1992 when both papers were sold to the Kentucky New Era, which merged the two into a twice-weekly (Wednesday and Saturday) paper and renamed it The Times Leader. 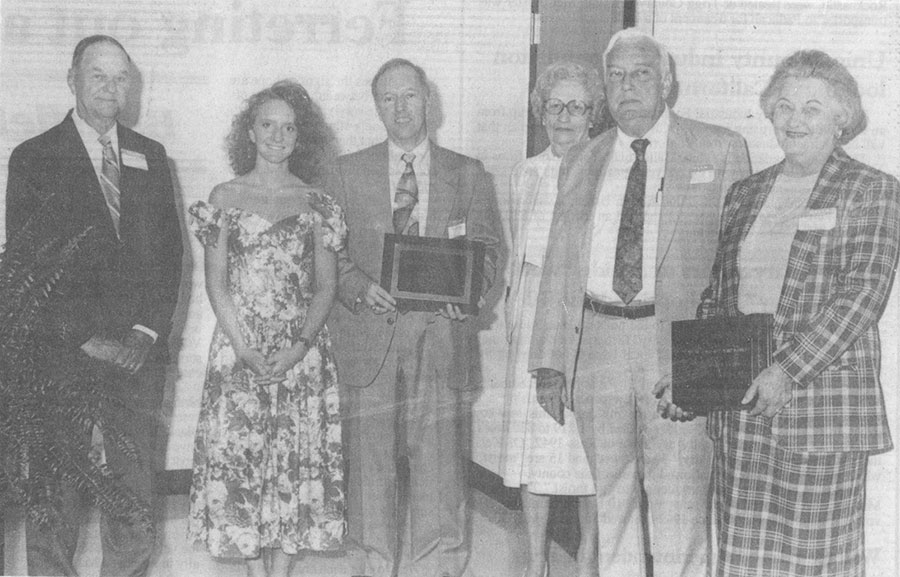 Since that merger, The Times Leader has won state awards for both advertising, reporting, sports and design. It has also won reporting and photography awards from the National Newspaper Association.

The Times Leader became the first non-daily newspaper in Kentucky to have a website.

That desire to be at the forefront of technology is seen in the past 50 years in the community. The Leader was one of the early adopters in Kentucky of off set printing, which enabled the paper to be produced with few people, and eliminated the need for skilled linotype operators. A linotype operator could make $10 an hour after going through a few months of schooling. That compares to the minimum wage in the mid- 1960s of $1.25 an hour.

The change to off set resulted in more efficient production at lesser cost. Compugraphic equipment dominated the weekly market in production equipment, but it was not cheap. A basic typesetting piece of equipment would run in the $8,000-$10,000 range. Then each font would carry a separate pricetag.

Then in 1986 the Leader made another major technology shift, moving from the Compugraphic models to desktop publishing, purchasing two MacPlus computers, a printer and five software programs — resulting in a $10,554 expense. The competing Times changed to desktop publishing about two years later.

The Times Leader fully embraced current technology. Neither newspaper had a fax machine until the papers merged. By late in the 1990s, film cameras gave way to digital cameras, and by 2004 the newspaper abandoned layouts by hand, opting to computerize the design work and transmit pages to the printing plant in Hopkinsville by computer.

Historically there has been great pride in never missing a publication day. The last time it is known that a publication date was missed was in 1884 when the Banner had a fire that wiped out most of its operation.

The paper has published on schedule in spite of heavy snowstorms, a 2009 ice storm that paralyzed the county for two weeks, as well as mechanical challenges.

In 1994, the decision was made to spin off The Times Leader’s commercial printing operation into a company known as Pacesetter Printing, which operates out of the paper’s facility at 607 W. Washington St.

Rather than have newspaper personnel work in the printing aspect, there was a distinction made in employee responsibilities so that the printing employees were devoted solely to that business. Pacesetter continues today, but does only sheet-fed work rather than traditional newspaper (web) work.

The Times Leader and Pacesetter Printing employ 15 full-time workers. Twelve of those have been with the company more than 15 years.

The Times Leader circulates 5,400 papers each issue, and relies primarily on delivery service by the U.S. Postal Service. The paper drops papers each publication day at five post offices to provide same-day delivery.

In addition to offering the printed product, the paper can be accessed online.

As a public service, the paper began a “Fax Newsletter” in 1994, sending a one-page sheet of local news five days a week to anyone who requested it.

In 2015, that was changed to an email-only newsletter, and more than 400 emails are sent Monday through Friday to persons requesting that service. There has never been a charge to receive the newsletter.

Since 1992, the paper’s publisher has been Chip Hutcheson, who has served as president of the Kentucky Press Association (2010), Kentucky Baptist Convention (2013) and National Newspaper Association (2015).

Chip Hutcheson comments: “It is intriguing how the business has changed in my lifetime. I grew up catching papers as they came off an old letterpress. Producing a newspaper was so much more difficult prior to desktop publishing.

“The nights of bygone years were very long. From 1976 to 1992 most every Tuesday night was an allnighter. But the experience of publishing a newspaper every week is exhilarating. The opportunity to know the people in your community and tell their story, and to know you are contributing to our democracy by covering the governmental units in your community, make the long hours worthwhile.

“This newspaper is the lifeblood of our community’s economy. We chronicle the events of our community, from city council to school board to birthdays to sports to businesses that are making a diff erence.

“We become like a member of the family. People depend on us to know what is happening in their community. Recently the company that operates the trash pickup in town said everyone would have to use one of their trash cans. The company said the phones rang off the wall when that story appeared because they wanted to make sure they had the new cans.

“I recall in the 1980s when there was a prison break at the state penitentiary in the adjoining county. I called a friend and we went to investigate, to take photos, and be the fi rst to get the story. When I had not returned by 2 in the morning, my wife was worried. That was before the days of cell phones, so she contacted the police dispatcher to see if she could fi nd out if I was okay. Word was passed through various law enforcement agencies and they determined that I was not only okay, but was on my way home. As I passed through town, a city policeman stopped me to let me know my wife was concerned about me. That is what it’s like publishing a newspaper in a town of 7,000 people.” 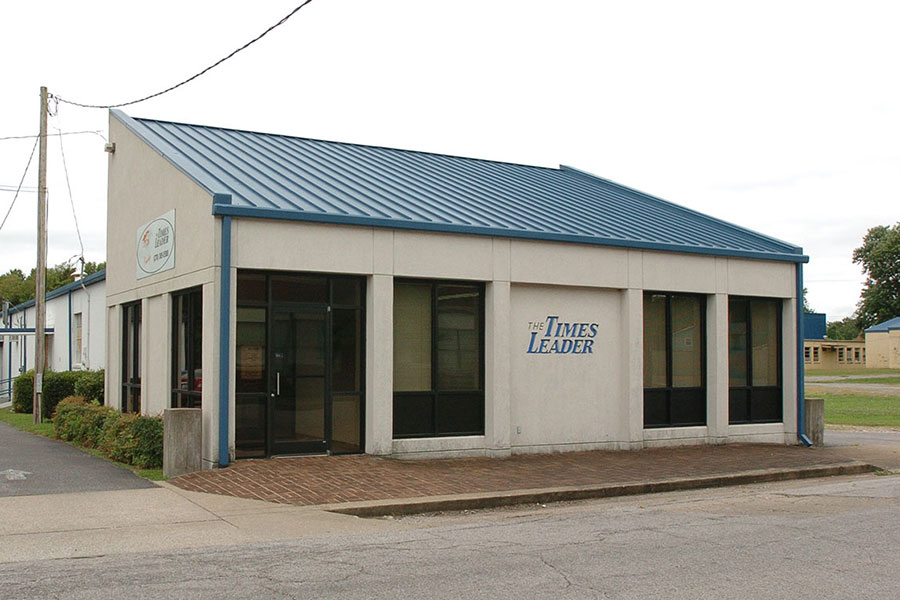 The Times Leader newspaper office in 2016

‹ The News-Gazette up The Washington Missourian ›
Back to Top