In 1875, a German Catholic priest, Father Arnold Janssen, founded an order of priests and brothers in Steyl, the Netherlands, a location chosen because of the hostile political climate in Germany at that time. The new religious order was called the Society of the Divine Word (popularly known as Divine Word Missionaries). With the mission of proclaiming the Word of God and caring for the poor in foreign lands, four missionary priests made their way from the Netherlands to China in 1879. Over the next twenty-five years, missionaries journeyed to Argentina, Togo, Ecuador, Brazil, Papua New Guinea, Chile, and Japan. By 1900, the order had grown to over 600 members.

Although the United States was not considered a mission country, Fr. Arnold knew America was a growing country with many German immigrants who were potential benefactors. So, he sent Brother Wendelin Meyer SVD to the United States in 1895, to proclaim the Good News and raise funds for missionary work through the sale of Catholic German-language magazines. Bro. Wendelin settled in Hoboken, New Jersey. Another missionary brother, Homobonus Stiller SVD, arrived in 1896. Father John Peil SVD and two more missionaries joined them in 1897. From Hoboken, the five missionaries moved to Milton, Pennsylvania. They soon began to seek a location farther west to establish a permanent home.

Arnold guided Divine Word Missionaries faithfully until his death on January 15, 1909. He was beatified in 1975 by Pope Paul VI and then canonized a saint in the Roman Catholic Church on October 5, 2003, by Pope John Paul II. Arnold’s devotion to service and his dream of bringing the Gospel to places where it has never been preached continues on through the more than 7,000 Divine Word Missionaries active in 78 countries, the more than 3,800 Missionary Sisters Servants of the Holy Spirit and the more than 400 Sister-Servants of the Holy Spirit of Perpetual Adoration.

While traveling to sell magazines door-to-door, Bro. Wendelin heard about a large farm for sale in Shermerville, Illinois (now Northbrook). When Fr. Peil entered into negotiations to purchase the farm, the Archdiocese of Chicago proposed that Divine Word Missionaries establish an industrial training school for boys on the property. The missionaries would also be allowed to sell their magazines, do parish work in the area, and even open a parish on the property. 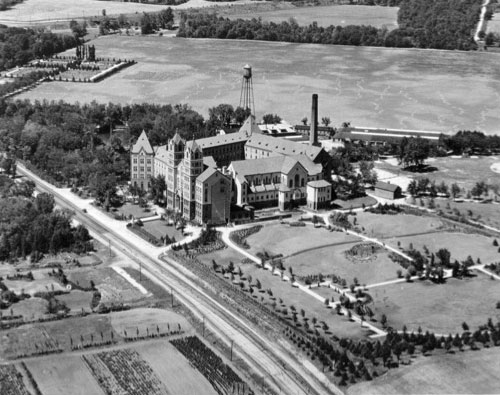 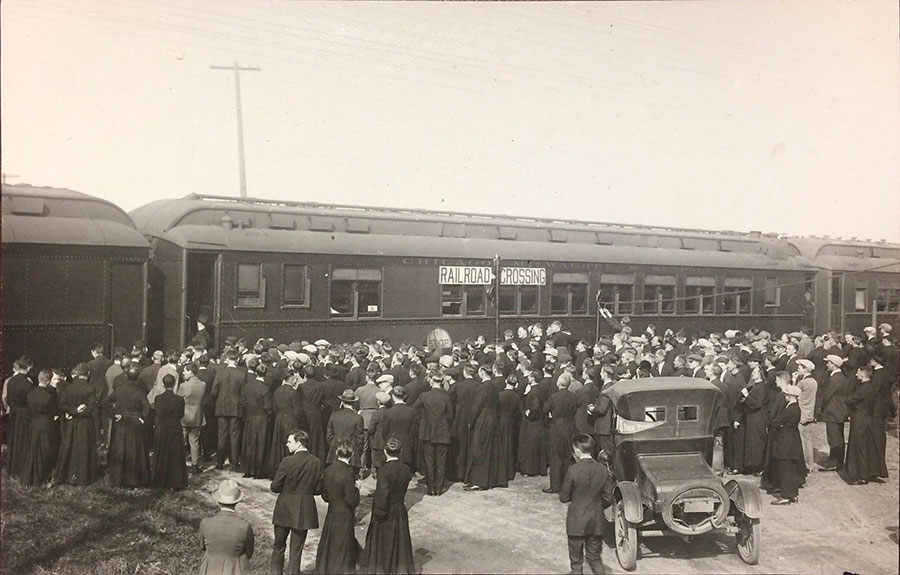 Derived from ”technical school“ being announced as a stop on the train line, the town became known as ”Techny.“ 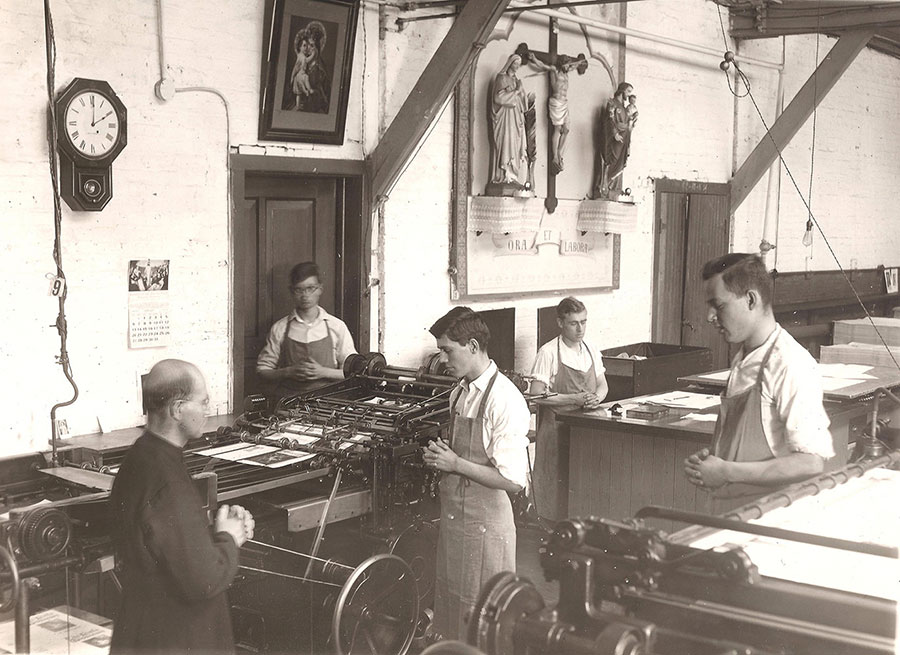 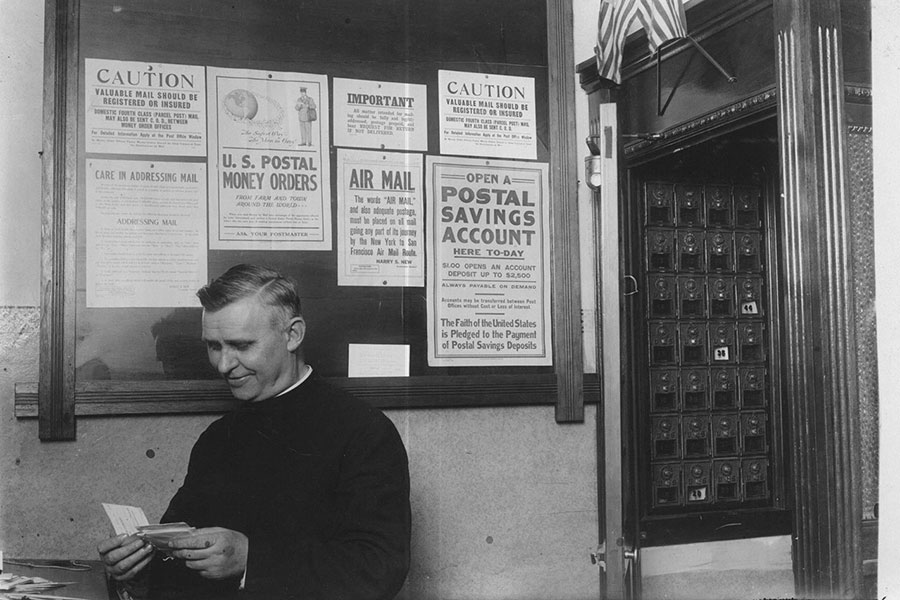 In June 1899, the 330-acre farm was deeded to Divine Word Missionaries. In subsequent years, additional land was acquired, expanding the holdings to more than 900 acres. In September 1899, the construction of a four-story, three-wing brick building with two towers began. By the end of 1900, the missionaries took up residence in the still-to-be-completed structure. Divine Word Missionaries developed and ran a farm, operated Saint Joseph Technical School for boys (closed in 1912) and established a seminary. The Mission Press, part of the technical school curriculum, produced magazines, pamphlets, and books used by the missionaries. The Mission Press thrived until 1960, when a fire destroyed the presses and stopped production.

Prior to 1906, mail for the technical school and mail to the missionaries went through the village of Shermerville. Derived from “technical school” being announced as a stop on the train line, the name “Techny,” was made official when the “Techny” U.S. Post Office was named and opened on our property on March 1st, 1906.

With the relevant documents from the Postmaster General in Washington, D.C. Brother Alphonse Spitzer SVD was appointed the first Techny Postmaster and Brother Homobonus the assistant. The first piece of mail sent from the Techny Post Office was a postcard mailed to Germany, to our founder, Fr. Arnold Janssen. 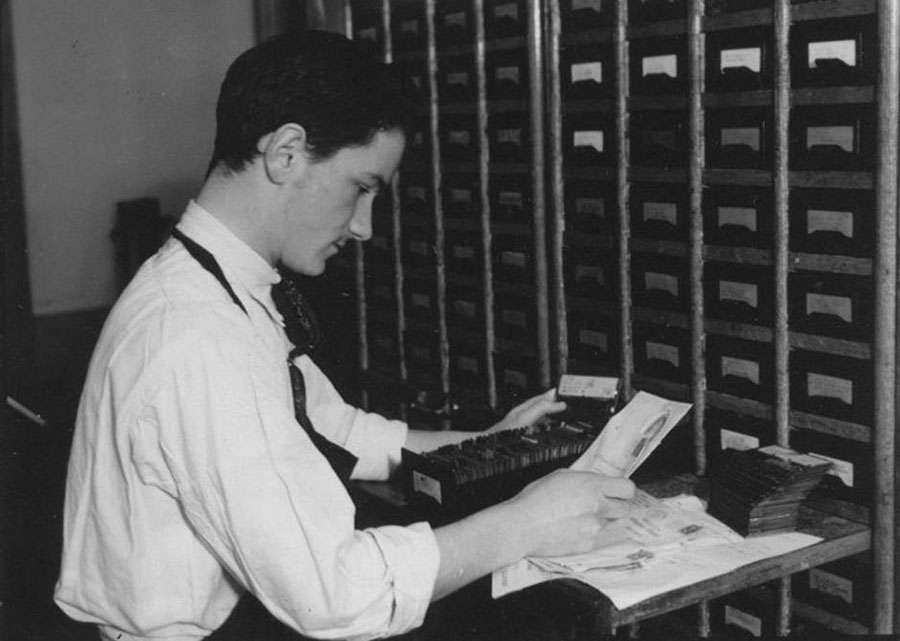 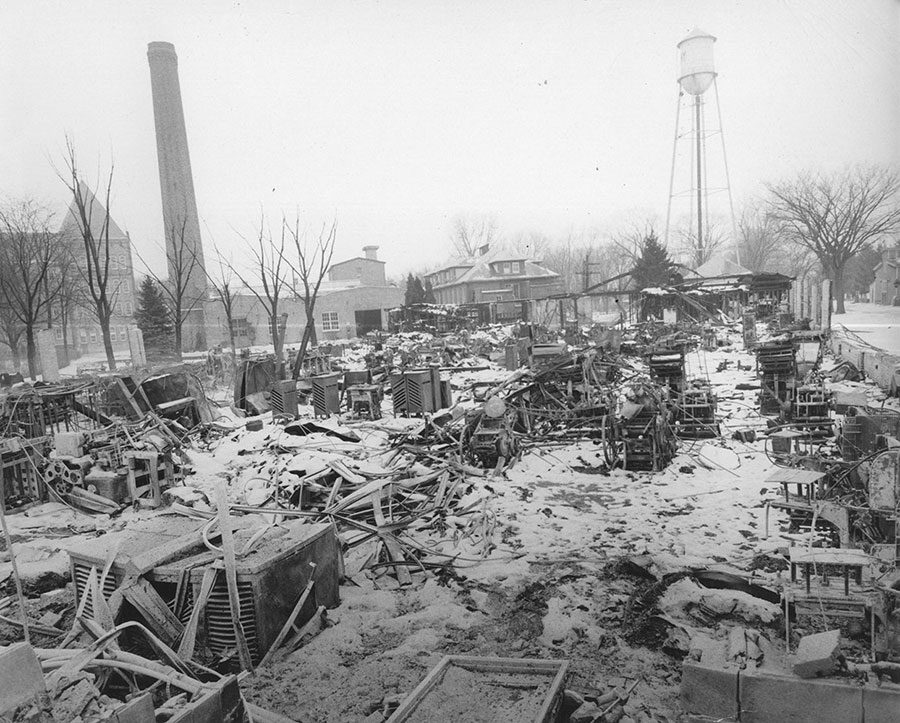 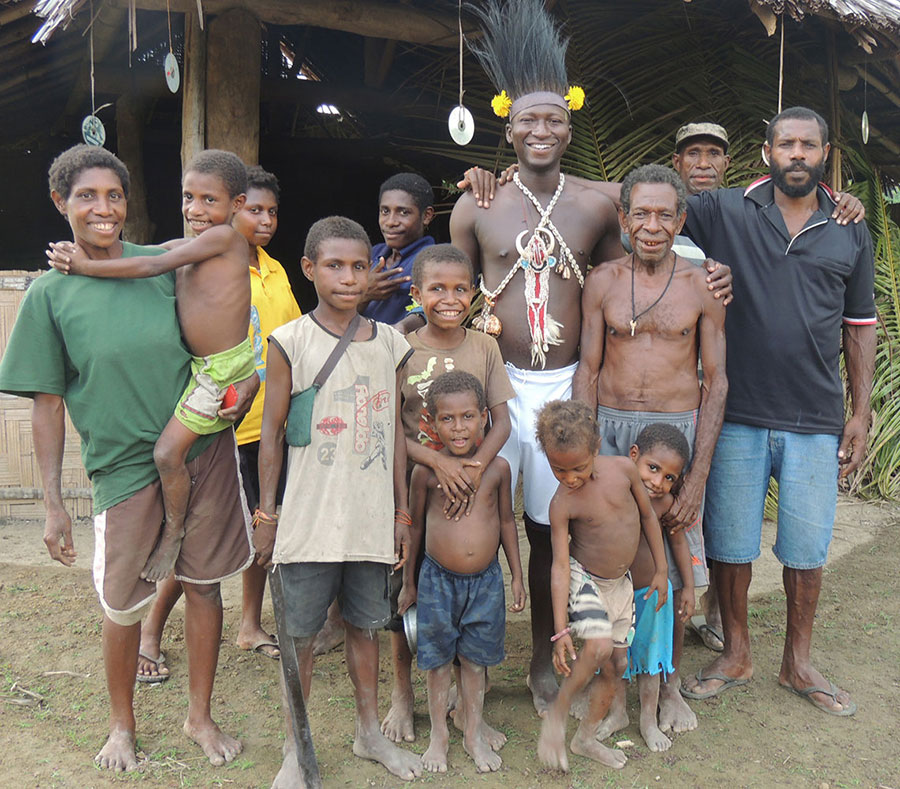 When a fire destroyed part of the Techny farm in 1914, Father Bruno Hagspiel SVD was asked to write a letter to benefactors to appeal for funds to make the repairs. This was the first use of Direct Mail by Divine Word Missionaries, inviting Americans to contribute to our cause.

The number and activities of Divine Word Missionaries in the United States continued to increase. Funds raised through printed materials sent through the mail and personal contacts were usually used for the missionaries and their work in America. But Fr. Hagspiel recognized that it was also necessary to coordinate fundraising efforts for Divine Word Missionaries around the world. In 1925, he recommended that a Mission Center be established for that purpose. Guidelines for that office were issued in 1927, with three objectives: to raise funds for the worldwide missions, to increase mission awareness, and to foster vocations.

Father Joseph Grendel SVD, the fourth superior general of the order, appointed Fr. Hagspiel to head the new Mission Center. Fr. Hagspiel was a native of Silesia, in what is now southwestern Poland. Fr. Hagspiel was a gifted writer, was good at promotion, public relations, and fostering vocations. He was well suited to the new role of Mission Director.

Today, Techny is still home to the North American Mission Center of Divine Word Missionaries. The Mission Center is responsible for raising funds to support more than 7,000 missionaries in over 70 countries around the world. Over the years, printed materials sent out and generous donations received from American citizens have passed through the branch of the U.S. Postal Service located at Techny.  The magazine that originally went door-to-door now mails to over 100,000 households in the United States. The USPS continues to be the mainstay for staying in touch with missionaries in remote areas where everyday conveniences like electricity, clean water and medical care are sparse...if at all. The USPS is also the front line for maintaining relationships with long-time supporters, and for sending educational information to those that want to know us better and are then moved to support our cause.

We offer our service and support with enthusiasm, compassion, integrity, responsibility and a spirit of cooperation. 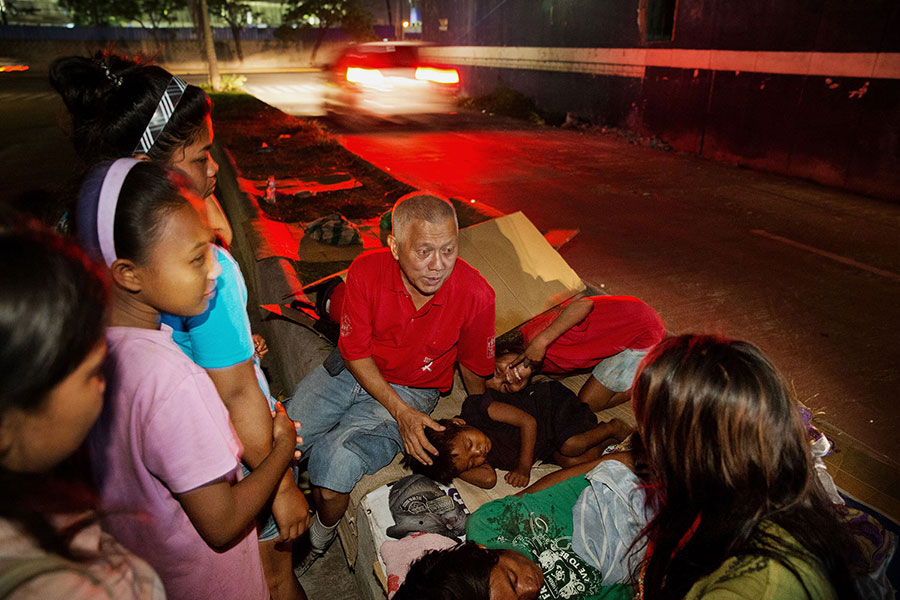 Bro. Paul has white, thinning hair, plays the ukulele and absolutely loves to tell jokes. He is the very personification of joie de vivre, the zest for life. The sixty-nine-year-old Divine Word Missionary Brother spends night after night walking the streets where human suffering could not be greater.

After fifteen years of missionary work in Papua New Guinea, Bro. Paul returned to the Philippines to take up a teaching position at San Carlos University and, quietly at first, visited the homeless people and the prostitutes of Cebu City. “I got the ‘official blessing’ in 2003 when one of the general visitators from Rome went with me one night on my rounds in the red-light districts and recommending my work there.”

‹ Catholic Relief Services up Easterseals ›
Back to Top