Mission Statement:
As a Catholic organization, rooted in the work of Jesus Christ, we provide food, clothing and shelter to poor and marginalized children and families, young adults and seniors of all faith traditions to meet their immediate needs while addressing the long term issues of systemic poverty in the Deep South.

About Edmundite Missions:
Guided by the ethos: “Do the best we can, with what little we have, to serve those most in need,” the Society of St. Edmund and Edmundite Missions have been serving Selma and surrounding rural areas for nearly 80 years. In 1965, the Edmundite Missions received national attention for its support of the civil rights movement. Most notable, victims of police violence during the historic Selma to Montgomery civil rights march – “Bloody Sunday” were brought to and treated at the Edmundite-run, Good Samaritan Hospital. Since its inception, the Missions has provided food, emergency assistance, and shelter to the poorest populations in the poorest counties in the poorest state in the nation. Today, 43% of Selma’s population lives in poverty. The services the Missions provides are essential and are for many, the only source of reliable support and assistance. Like so many organizations, the Missions has relied upon the United States Postal Service to spread its story throughout the country and we would be proud to be part of the Mailing Industry. 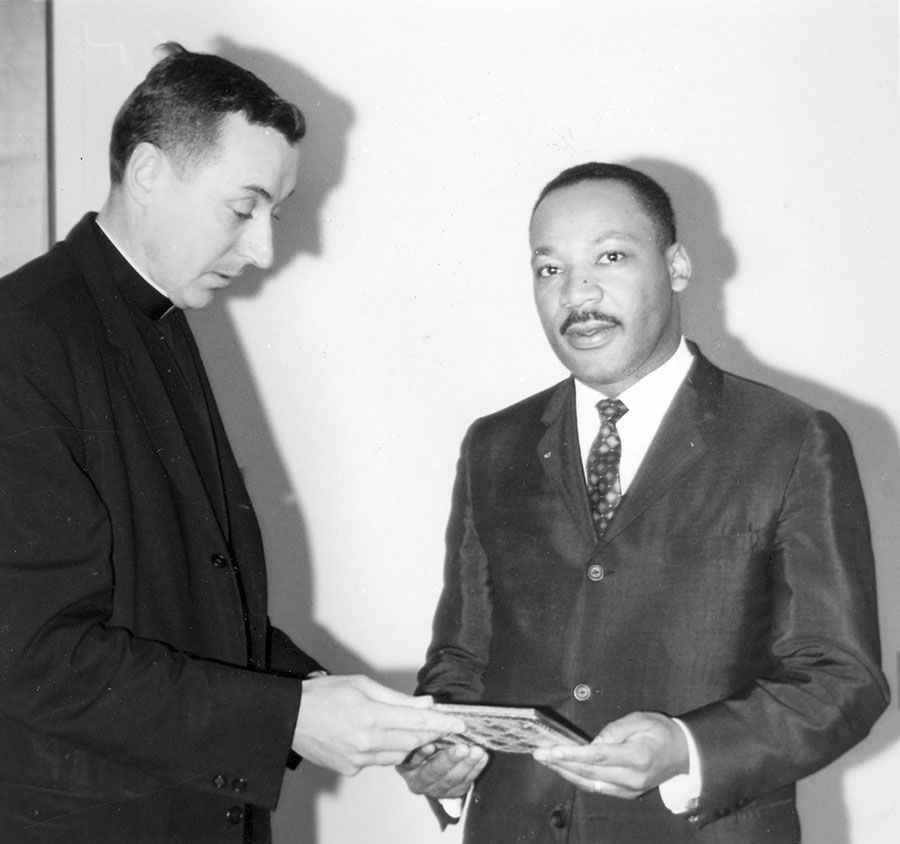 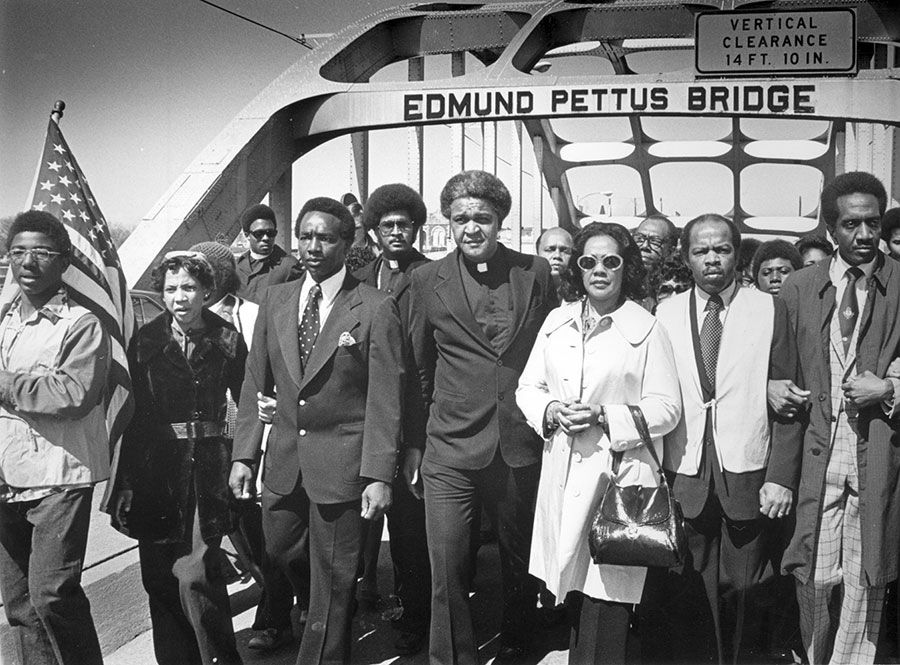 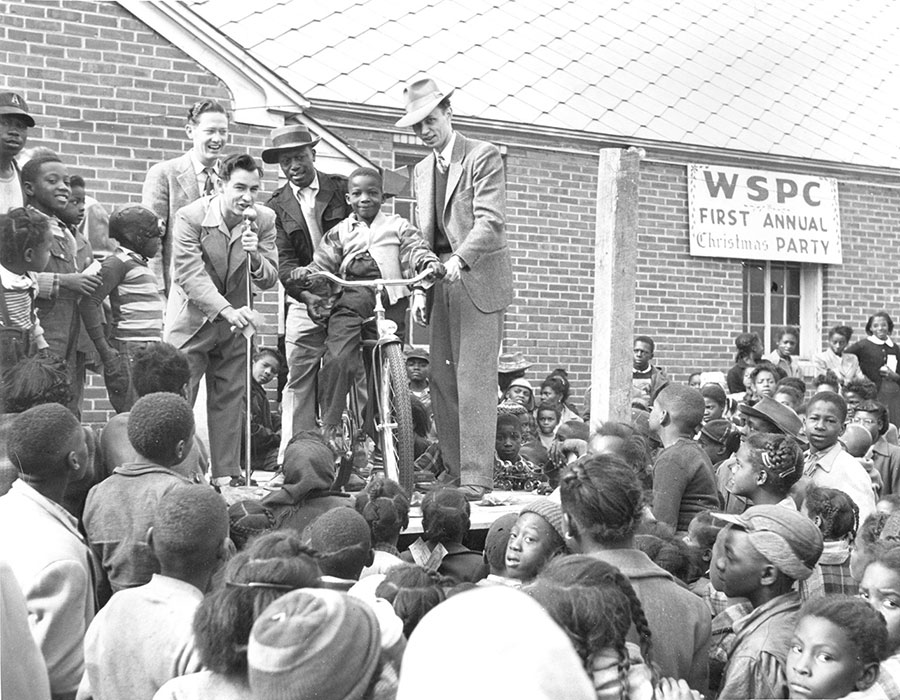 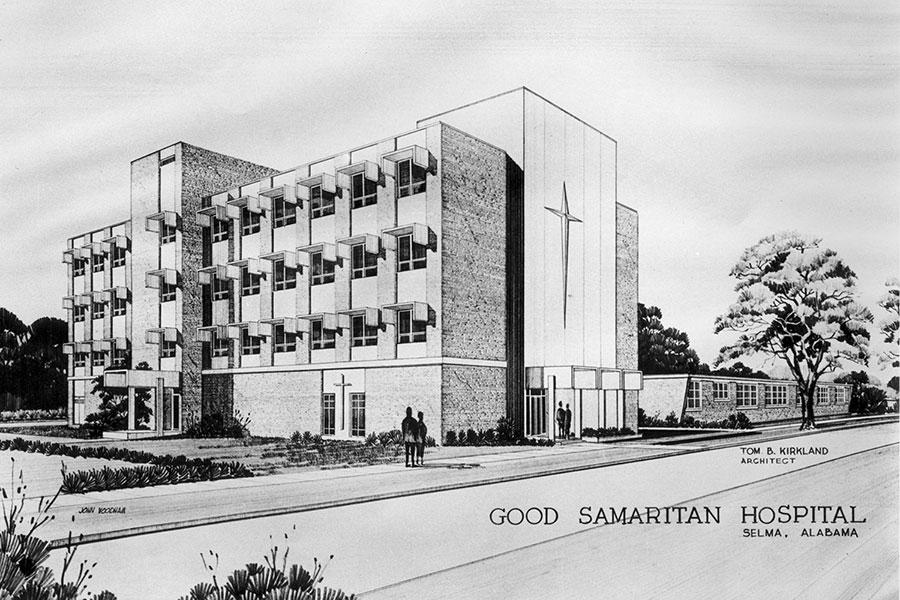 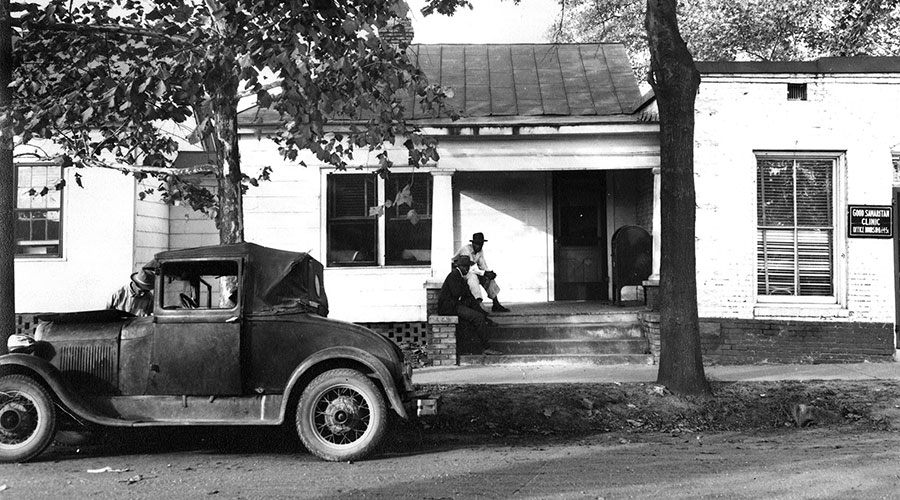 Edmundite Missions’ History:
The Edmundite Missions took root when Father Frank Casey and Father Barney Paro first came to Selma, from Colchester, VT in 1937 for the purposes of Evangelization. Father Casey borrowed money from his brother and began at once going door-to-door evangelizing. He immediately set to work filling soup pails, packaging sandwiches and providing clothing, firewood and medicines to those in desperate need. Father Casey was the founder and the first director of the Edmundite Southern Missions, helping to build churches at Selma, Anniston, Mobile, Heron Bay and Elizabeth City. He renovated churches at Bellefontaine, Mon Luis and Dauphin Island. In addition he began the construction of the Good Samaritan Hospital in Selma; set up the Southern Missions Office, initiate the publication, Your Newsletter and directed Saint Edmund’s Retreat League. Stunned by the level of poverty they found, they quickly made an appeal to their friends in the North to come help serve the poor. In response to this plea, the Sisters of Saint Joseph from Rochester, NY joined the Edmundites in the 1940s. Answering the need for better education and health facilities for African-Americans, the religious sisters went to work alongside the Edmundites. Together, they helped establish ministries, ranging from schools to hospitals, to meet the needs of poor African-Americans, who were victims of discrimination and denied access to many public institutions. 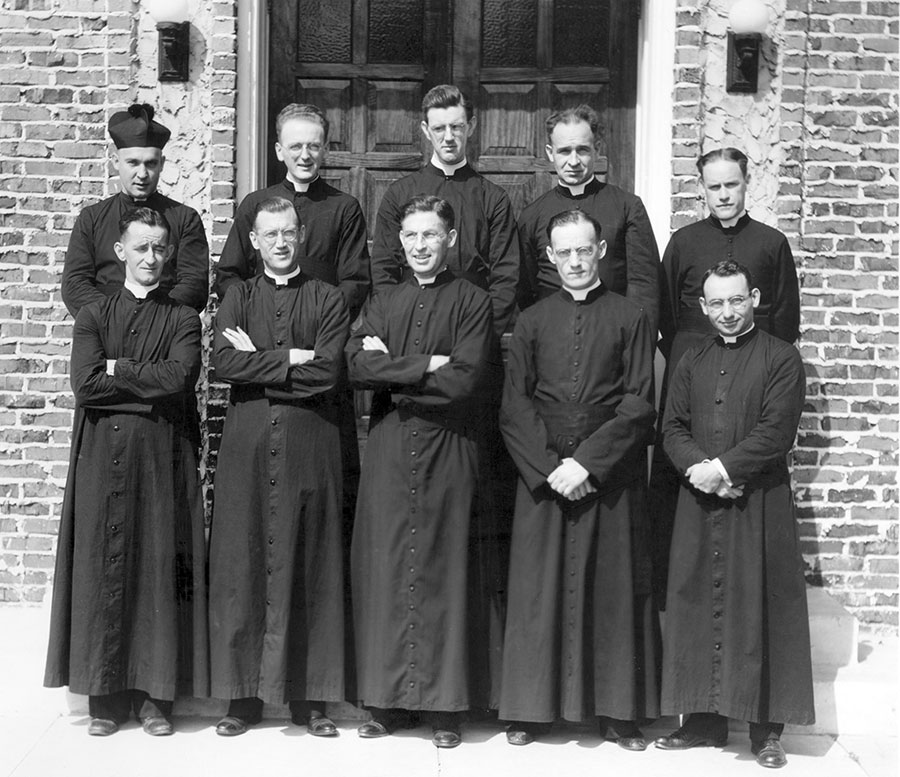 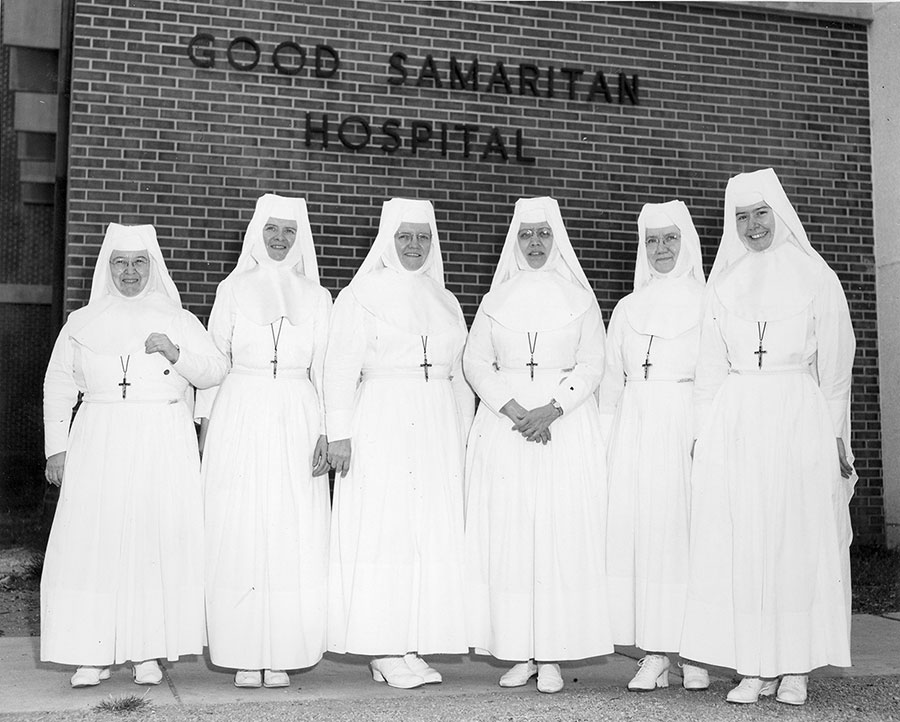 To support this work, and to bring much needed resources to the area, in 1937, Fr. Casey devised an outreach system by using the telephone book to identify names seemingly of Irish and Italian descent, under the assumption they would be Catholic and by virtue of their faith, would be compelled to support the Missions’ work. With a mailing list assembled, the Edmundite Missions joined America’s Mailing Industry by using the US Post Office to shine a light on the need in Selma, and to solicit the financial support of the nation. The Missions’ ability to communicate the need in the Deep South to friends and donors throughout the country, helped secure the resources to sustain their good work. 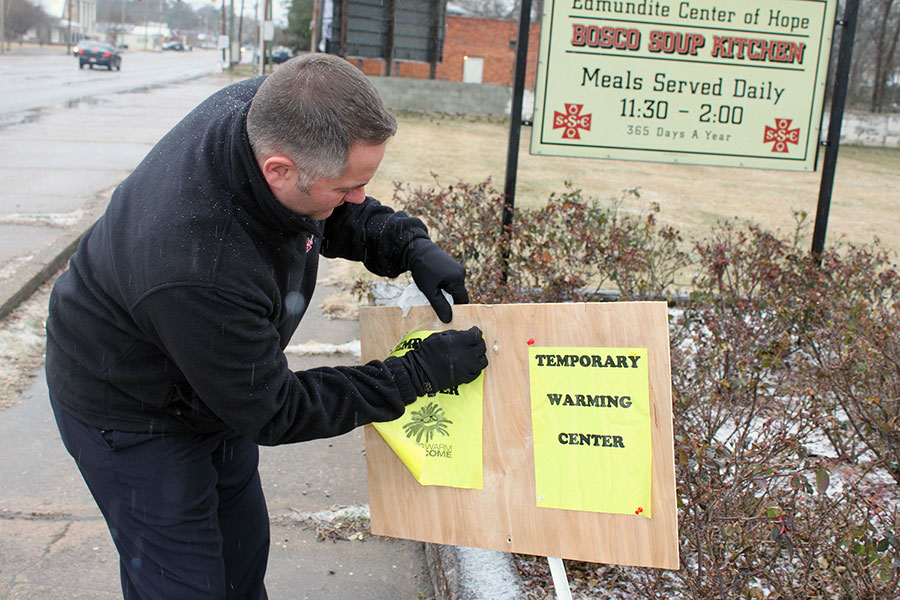 The Edmundite Missions Today:
80 years later, due in large part to Fr. Casey’s system of outreach through the US mail system, Edmundite Missions remains a beacon of hope for the Selma community, still plagued by crippling poverty and the vestiges of racism. Today, the Missions’ work has grown to include a nutrition program that serves lunch and dinner to more than 1,400 clients each day, a senior activities program that provides a variety of activities that help strengthen the mind, body and soul of seniors, 65 years of age and older, and a ministries program that assists with emergency responses, occupational support, and financial assistance for necessary essentials such as medicine, and transportation. The Missions’ work through the Bosco Nutrition Center and Rural Food Outreach, opened in 1983, provides hot, nutritious meals to approximately 300 people a day, 365 days a year. In 2011, Bosco served its 1.5 millionth meal. The Ana Maria Food Pantries and the Father Roger Food Pantry provides healthy food to the working poor, to homebound elders and to those who are sick. 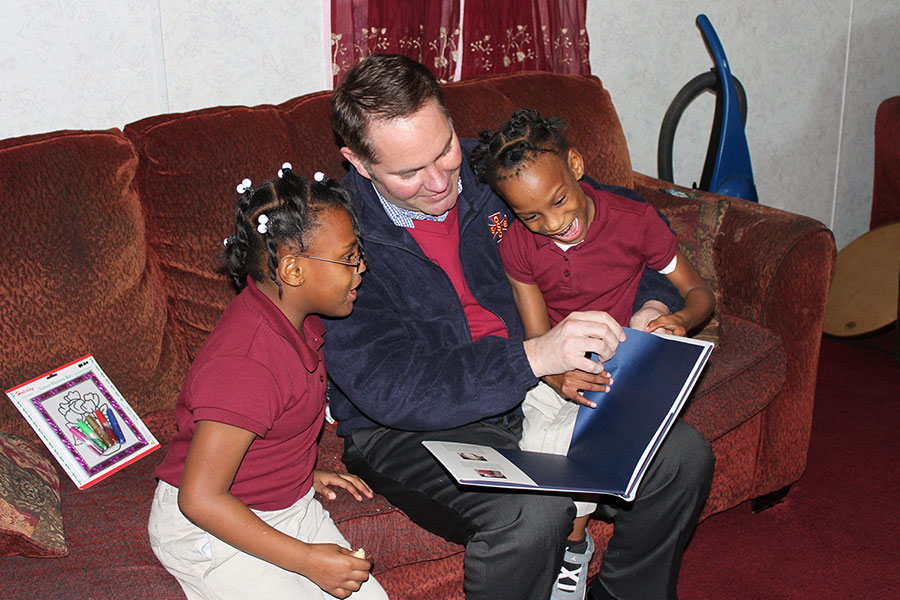 President and CEO Chad McEachern at a home visit

From the perspective of its deep history in Selma, and with demand for its services on the rise, Edmundite Missions has recommitted itself to both meeting immediate needs and providing a pathway out of poverty. Moving forward, Edmundite Missions has invested in strengthening and expanding its current charitable programs, doubling the reach of the services it currently provides. This rededication to charity has been complemented with a more innovative approach to service provision aimed at helping individuals build their own capacity and achieve self-reliance. 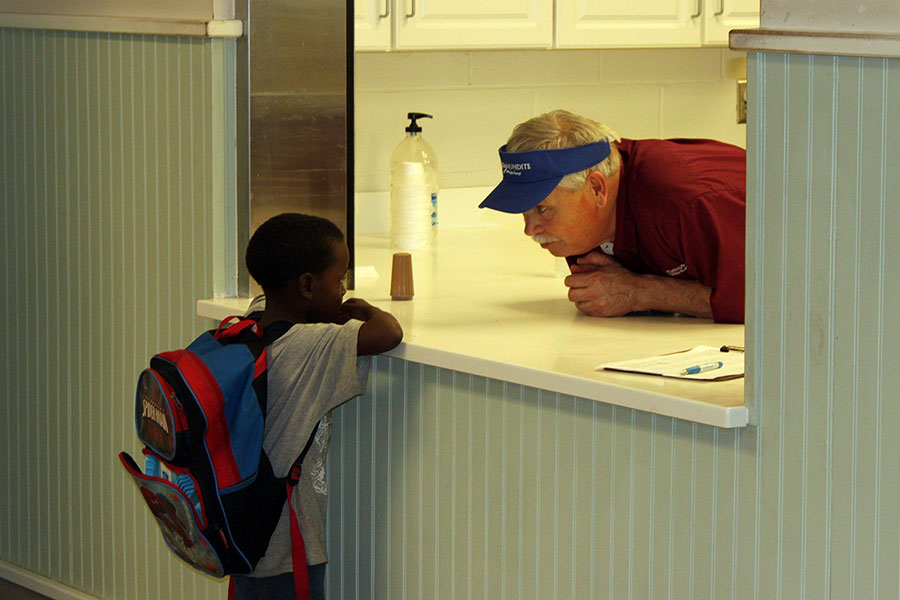 Amazingly, what started as a grassroots effort to mobilize resources continues to be a critical part of the Missions’ ability to carry out its ever-expanding service portfolio. Today, the Missions’ work is supported by a community of 40,000 donors, scattered all across the country. A vast majority of the support stems from individuals outside of Selma who have heard the message over the years via letters sent through the U.S. Postal Service. As was done in 1937, Edmundite Missions continues to rely on the USPS to deliver their appeals for support and the impact of its work to its donor base. 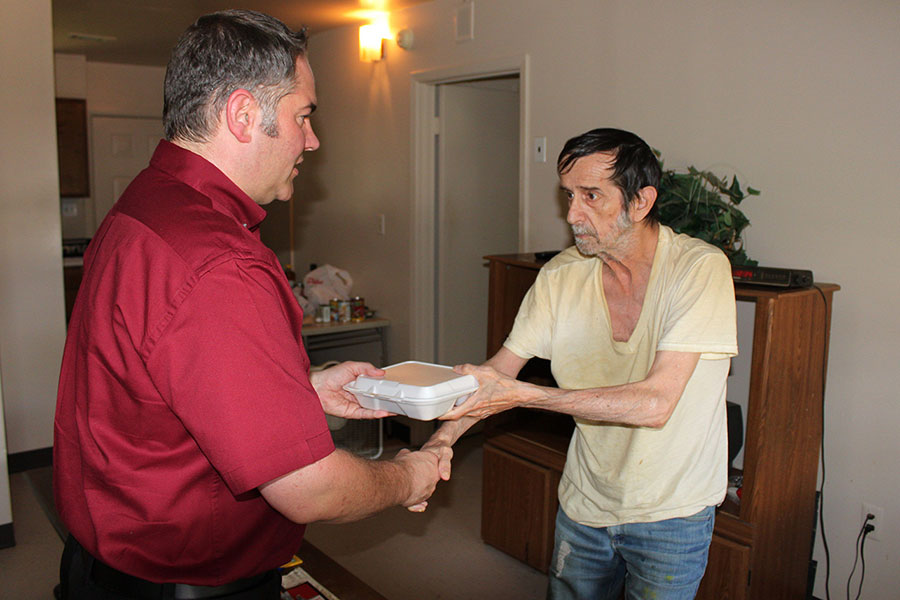 ‹ Easterseals up Maryknoll ›
Back to Top