The primary purpose of the Salesian Mission Office is threefold:

1946 - The Mission Office was founded by Fr. James O'Loughlen who directed it for five years. It had been decided that the Salesians needed to start a development office in the US to raise funds for all the overseas works.

1959 - The responsibility of Mission Office Director was passed to Fr. Edward Cappelletti, who remained Director for the next 37 years until 1996, giving it development, importance and dynamism. It was staffed by three lay people and operated out of the basement of the Provincial House in New Rochelle, NY. They reached out to a small list of local supporters through the US mail. Fr. Ed’s vision and goal was to acquire 1 million donors within 5 years. This was also the year that Salesian Missions became a tax-exempt nonprofit organization.

Phone books from Boston were referenced for compiling a database of identifiable Italian and Irish names. Then, with a geographic overlay Fr. Ed devised, he mailed Catholic-specific offers to selected households.

The first Hispanic enhancement program was developed by keying a data base of all the last names found in a Puerto Rico phone book. Fr. Ed then asked the list owners of several compiled lists to send him just the people in the US with those Hispanic surnames and he mailed to them in Spanish.

1967 – Opened a PO Box in New Rochelle, NY, to receive reply mail, and continue to use it to this day.

1968 – Became a founding member of the National Catholic Development Conference.

1970 – Fr. Ed met with superiors in Rome and asked for funds to build a dedicated mission office. It was approved and he moved and expanded the operation into a newly-constructed building on the Provincial House property, which houses the Mission Office today. He increased the staff and created new departments to handle both outgoing appeals – such as a letter shop and data processing – and incoming responses – such as mail opening, donor relations, and key punch. He purchased machinery for the letter shop, including 12 inserters and Cheshire labelers, and an IBM mainframe to store the growing mailing list and all the response data.

1975 – Working with Fr. Ed, Sara Tarascio started managing the mailing list and started the more targeted acquisition program. Once they reached the 1-million-name goal, Sara started the Inspirational Book series, which is still the main premium offered in our appeals. They were also one of the first Catholic mailers to use a sweepstakes as a means to increase responses.

1982 – Fr Ed. recognized a growing Hispanic/Latino population in specific US states and began creation of a Spanish language mailing list, and began translating the English direct mail appeals and devotional material into Spanish.

1985 – As the database grew, Fr. Ed kept upgrading the mainframe as the technology improved. The computer room ran 24-hours and to keep up with the output of mailing labels, the letter shop inserted and compiled mail pieces and fulfillment of inspirational material in two 12-hour shifts. The office generally operated 6 days per week to handle 3 to 4 direct mail appeals per year.

1995 – Transitioned to PCs and servers, replacing typewriters and mainframe. Mail opening began using an image scanner, which opened envelopes, scanned checks and reply forms and provided a digital image directly uploaded into the database. Shifts were changed to 9-4:30, 5 days per week, and mailings grew to nearly 35 per year. 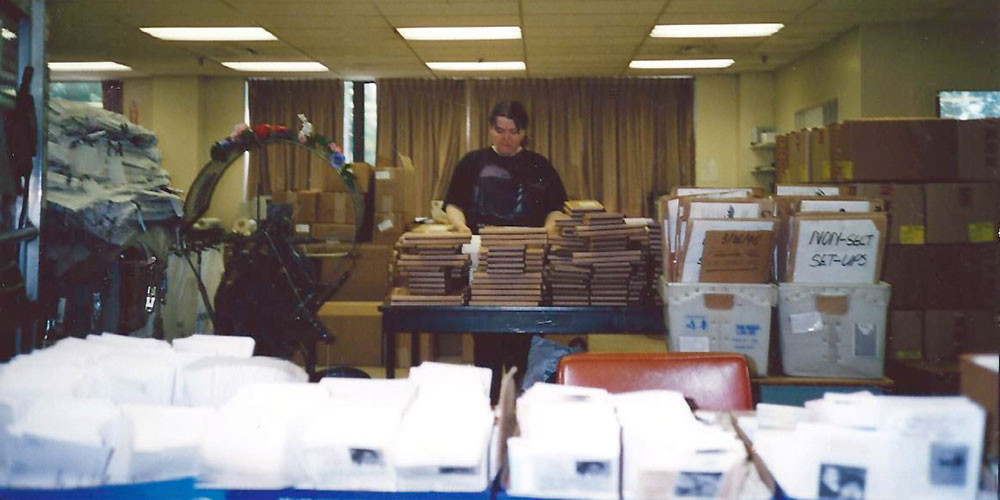 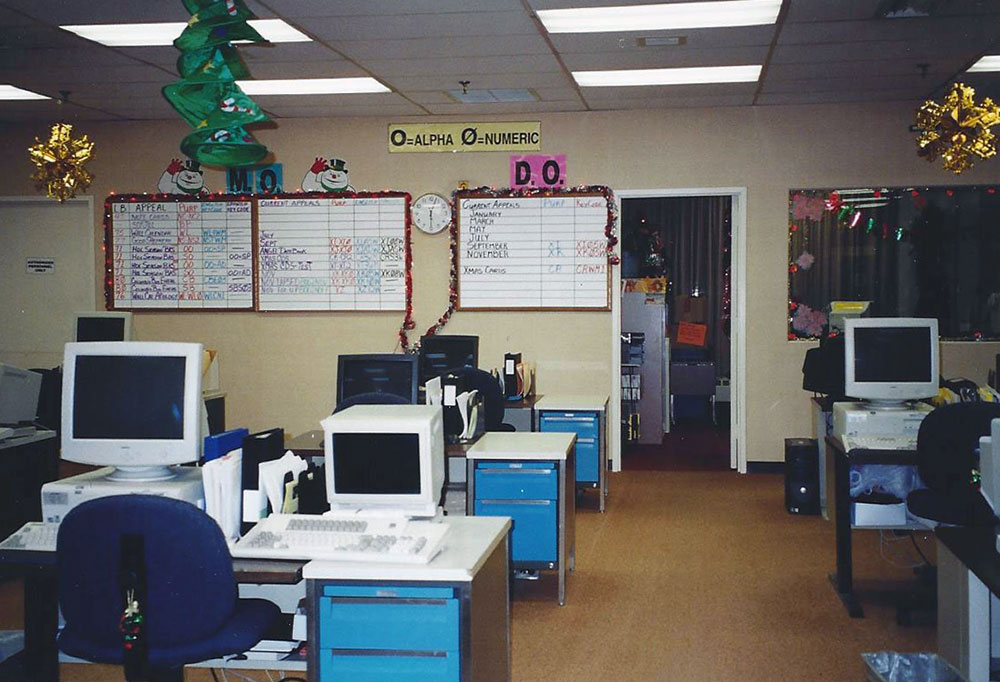 Present – Active file has grown to over 700,000 names and over 30 million mail packages are mailed annually in the regular direct mail program. Total file is 8,000,000 names and is still maintained in-house. Most data processing and fulfillment is done in-house.

‹ Our Sunday Visitor up St. Jude Children’s Research Hospital ›
Back to Top