The fair sex was not exempt from "gold fever" - one out of ten stampeders was a woman. Journalist Annie Hall Strong offered some advice for women headed to the Klondike. Her article, "Hints to Women," first appeared in the December 31, 1897, edition of the Skaguay News and was reprinted in newspapers around the country. She wrote that "women have made up their minds to go to the Klondike, so there is no use trying to discourage them." Speaking for the female stampeders, Strong boasted that "when our fathers, husbands and brothers decided to go, so did we, and our wills are strong and courage unfailing. We will not be drawbacks nor hindrances, and they won't have to return on our account." Strong herself had been one of those who contracted what she termed "acute Klondicitis." She arrived in Skagway in the late summer of 1897.

Over a thousand women crossed over the Chilkoot or White Pass trail between 1896 and 1900. Women went into the Klondike with male relatives and on their own. Some who traveled alone signed on to cook and clean for groups of men in return for help in moving their provisions across the passes and down the Yukon River.

The presence of women along the trails was noted in the letters and diaries of male stampeders. In at least one instance, their presence encouraged one man to continue on. In a letter to his wife, Kitty, Fred Dewey wrote, "It is a big day's work to haul 100 pounds a distance of four miles. There are three women alone on the trail and they are taking their own stuff in. I would be ashamed to back down before difficulties that those women surmount."

These are the stories of the women whose lives were caught up in the Klondike Gold Rush in very different ways: 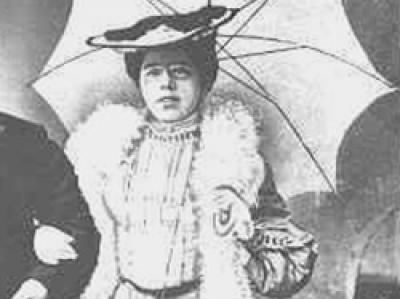 Belinda Mulrooney - The Richest Woman in the Klondike

Belinda Mulrooney poses along the Chilkoot Pass with a sled loaded with goods. Photograph courtesy of the Alaska State Library, Winter & Pond, photographers, PCA 87-682 crossed over the Chilkoot Pass in search of gold and made a fortune building roadhouses and hotels.

Learn more About Belinda Mulrooney - The Richest Woman in the Klondike 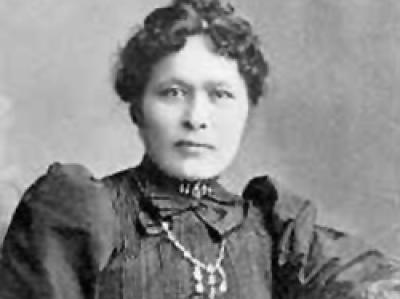 Kate Carmack did not have to cross the Chilkoot Pass to get to the gold fields—she was already there. 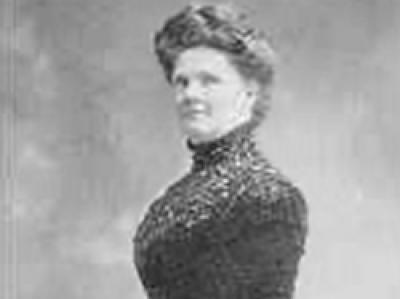 Harriett Pullen only got as far as Skagway before she settled in and began to make a living to support her children. 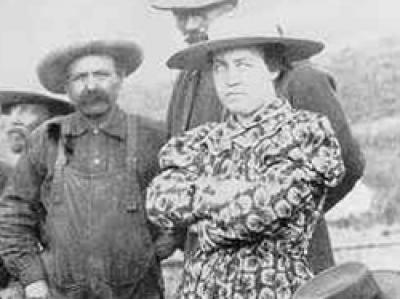 Ethel Berry - Bride of the Klondike

Ethel Berry and her husband, Clarence, were among the miners who stepped off of the boat and into the spotlight in San Francisco in July 1897.

Learn more About Ethel Berry - Bride of the Klondike 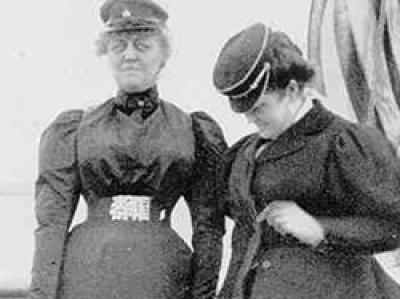 Mary Hitchcock and Edith Van Buren helped usher in a new phase of Klondike history. In 1898, while thousands were still struggling to reach the gold fields, they sailed up the Yukon into the Dawson as tourists.

‹ Excerpts: Final Thoughts up Belinda Mulrooney - The Richest Woman in the Klondike ›
Back to Top