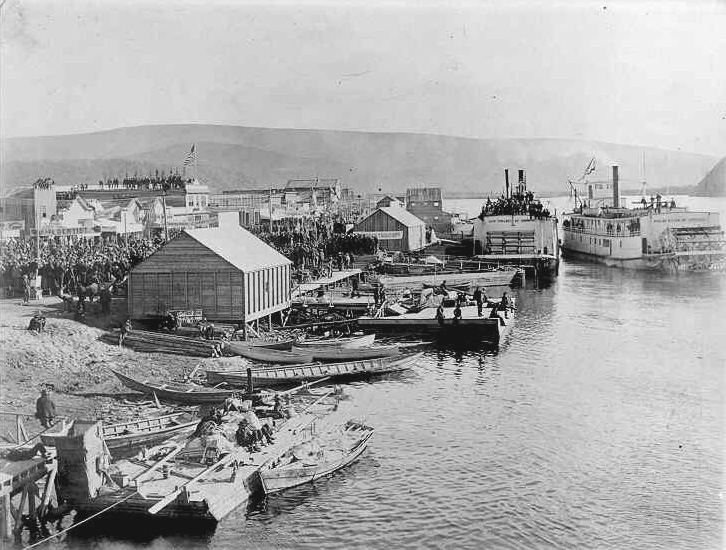 Large and enthusiastic crowds typically turned out to greet each steamship that arrived in Dawson from the "Outside." When those ships brought word of a new strike, the population of Dawson dwindled. Photo courtesy of the Anchorage Museum of History and Art

Thousands of disappointed stampeders were still living in Dawson in the summer of 1899. Some were eking out a living working for established mines, others struggled to make a living doing odd jobs in Dawson. Their dreams of golden wealth dashed, most were either too poor or too ashamed to return home.

In the spring of 1899, rumors of a great new gold strike were spreading through town. When the summer steamships arrived, the rumors were confirmed. Gold had been struck in fabulous quantities near Cape Nome, Alaska. That summer, over 8,000 people abandoned Dawson for the new bonanza.

Credit for the new strike belonged to Eric Lindblom, John Brynteson, and Jafet Lindberg, a trio who became known as the "Three Lucky Swedes," (despite the fact that Lindberg was actually Norwegian). The trio had met in the Circle City mining area of Alaska and decided to hunt for gold along Alaska's western coast. Their rich strike along Anvil Creek in the fall of 1898 inspired excitement among those already in the Alaskan and Yukon territories. 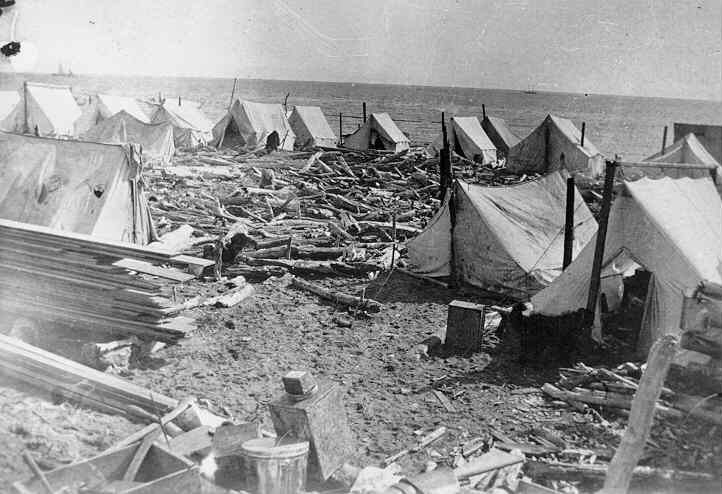 Stampeder tents lined the beaches of Nome through much of 1900. Photo courtesy of the Anchorage Museum of History and Art

Prospectors set about staking claims along Anvil and several other tributaries of the Snake River. By the end of 1899, Anvil City had a population of 10,000.

The Anvil Creek strike was good, but it probably would not have outshone the Klondike gold fields, except that it led to an amazing discovery. Many of the stampeders who arrived too late to stake claims along the mouth of the Snake River set up tents on the beach, where they made an amazing discovery. There was gold on the beach. Miners swarming over the strike termed it a "poor man's paradise." 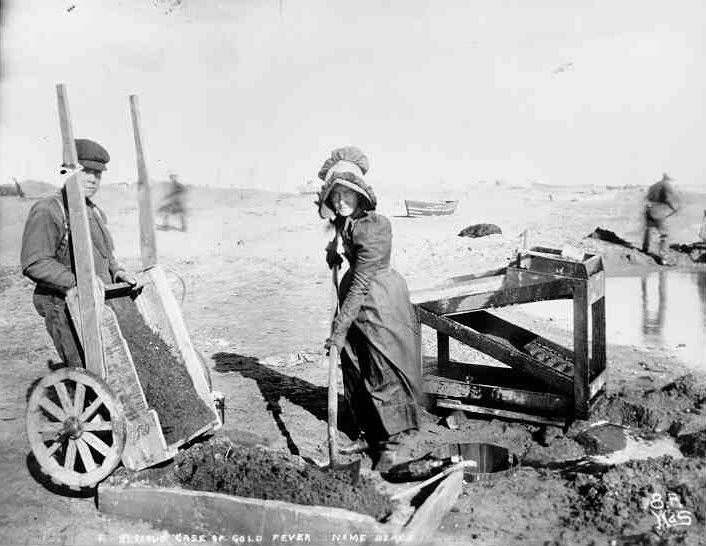 Not as many women followed the gold to Nome as had gone to the Klondike. Photo courtesy of Special Collections Division, University of Washington Libraries

For the average stampeder, the beaches had distinct advantages over the Klondike gold fields. They could be reached easily by ship travel, stampeders to this strike did not have to haul 2,000 pounds of goods over narrow snowy mountain passes. And most importantly, because the beach could not be staked, claims were open to everyone. All these men and women needed were shovels, buckets and a rocker to separate gold from sand. Stampeders from all over the United States joined those from Dawson and the rush was on again. 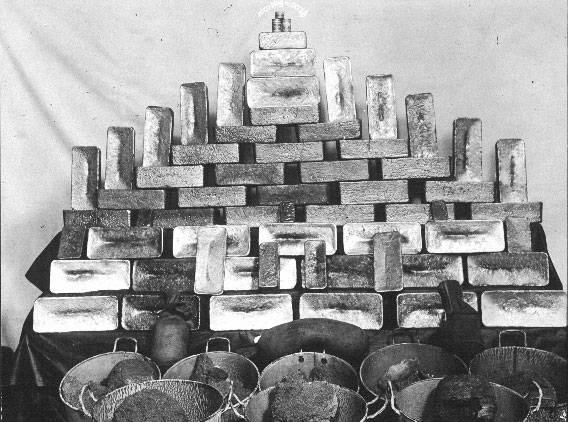 Gold bars made from Alaskan gold. Photo courtesy of the University of Alaska, Fairbanks

A town exploded into life along the beaches. What had been a prospectors' campsite turned, in a few months, into a town of over 20,000 people. Nome sprung to life almost overnight on the frozen tundra. It transformed into a bustling city filled with congested streets, 100 saloons and dozens of stores, restaurants and "hotels" in tents and quickly constructed wooden buildings. 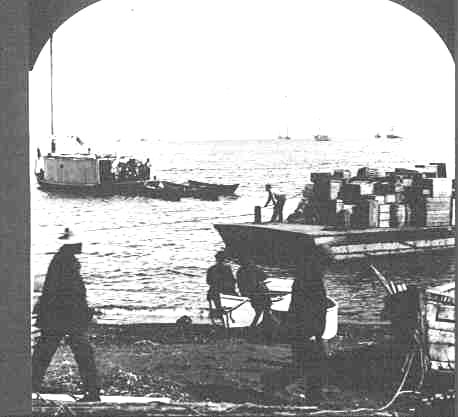 Stampeders struggled to unload and organize their goods on the beaches at Nome. Photograph courtesy of David Sundman

By 1900, Nome would have looked very familiar to those who had rushed to the gold fields through Dyea or Skagway. The biggest difference was now in Nome, the now-familiar wild melee of thousands of stampeders sorting through and hauling their gear out of the surf was compounded by stampeders digging for gold all along the beach. 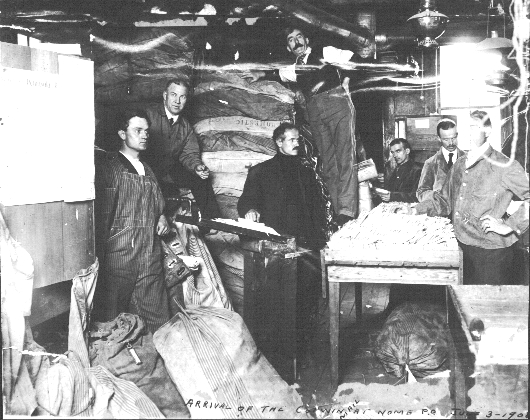 The Nome, Alaska, post office was a bee hive of activity during the great gold rush of 1900.

In the summer of 1900, Nome was the largest general delivery address in the U.S. postal system. In his book, "Alaska's First Free Mail Delivery in 1900," letter carrier Fred Lockley noted that the postal clerks had to use five filing boxes just to sort letters for people named "Johnson."

Learn more About Getting to Nome

Learn more About The Service Begins

‹ Starvation and Disease up Getting to Nome ›
Back to Top