The National Postal Museum presents a blockbuster exhibition exploring America’s national pastime. Featuring hundreds of U.S. and international stamps commemorating great players and historic moments, and drawing on original artwork and archival material from the United States Postal Service’s esteemed Postmaster General’s Collection, the exhibition approaches the story from a unique, worldwide perspective. The display of stamps and mail will be complemented by dozens of objects loaned by other Smithsonian Institution museums, the National Baseball Hall of Fame, law enforcement agencies, and private collectors. The exhibition, presented in English and Spanish through a collaboration with the Smithsonian Latino Center, will have broad appeal to collectors of stamps and memorabilia, family audiences, and diehard fans.

Chief Curator Daniel A. Piazza shares highlights of the National Postal Museum’s forthcoming exhibition Baseball: America’s Home Run. Produced by the Smithsonian Office of Advancement for the Smithsonian National Board.

Chief Curator Dan Piazza: The National Postal Museum is a Smithsonian Institution museum on Massachusetts Avenue, right next door to Union Station, in the old city post office building that was built in 1914.

My name is Dan Piazza.

I'm the museum's chief curator, and I'm also the lead curator on the museum's new exhibition, which is called Baseball, America's Home Run.

It will be a new look at the game of baseball from the perspective of stamps and mail, and we hope to open it in 2021.

And I'm excited to be here today and have a chance to tell you a little bit about how this exhibition has come together over the last four years, and some of the material that we're going to be highlighting.

As you move through the galleries in this exhibit, you'll be encountering a few different sections.

In another section of the exhibit, we look at non-professional aspects of the game, everything from Little League teams to military teams in the middle of the 20th century.

There was the phenomenon in the United States from the late 19th and throughout much of the 20th century of recreational sports teams in the workplace, and the postal service was a player in that.

We look at the Negro Leagues and some of the stamps that commemorate the Negro leagues.

And so we look at the lives and careers of some baseball players, including one manager in the Negro leagues who was also a post office department employee.

And then we'll look at the people and the places of the game.

So the great ballparks of the past that have been commemorated on postage stamps, and these will be paired with actual artifacts, in some cases architectural details or seating or bases, to bring the stamps to life, as well as postage stamps commemorating individual players.

Some of the more interesting themes I think that we're exploring in this exhibition, and that are really uniquely suited to be explored through the medium of stamps and mail, are the origins in this hemisphere of the game of baseball.

And so, for example, I'm talking about the practice of building large, specific-use ball fields in the center of great urban cities.

Now that really has its origin in the Mesoamerican ball game, the prehistoric ball game in the Western hemisphere, and we explore those origins, the ritual aspects of the game, the game functioning as a part of the civic religion, if you will, in the United States.

Those don't really have very clear or strong European antecedents, those aspects of the game.

And I think really we need to look to the indigenous ball games in this hemisphere for those origins.

And we explore those through a number of the stamps issued by Mexico and central and Latin American countries that make this connection between the ancient ballgames and the modern sport.

The parts of this exhibit that really appeal to me explore this theme of how stamps helped to create the public narrative, or the public's memory, of a particular topic, in this case baseball.

So, for example, in 1939, the United States issued its first baseball postage stamp.

And that was for the centennial of the invention of baseball, right? This is the old "Abner Doubleday created baseball at Cooperstown" story.

It's not a particularly rare stamp, it's actually a fairly common stamp, but it was issued in the millions of copies, and because it's not rare, it played a very large role in cementing the public's view that baseball was invented in upstate New York in the 1830s.

In 1969, a postage stamp was issued for the centenary of professional baseball.

This is a reference to the Cincinnati Red Stockings, who were the first openly professional, or paid baseball team.

But of course, there were a lot of professional players before that.

They were paid under the table, or through no-show jobs.

So professional baseball existed long before 1869, but we associate the year partially because of that centennial and the stamps that were issued then.

Those stamps that are issued and the images that they contain alter our perception of the past and of memory, and I like people to take that message away from the exhibit.

Looking at these stamps and their design, and thinking really critically about what messages are being conveyed to whom and why.

The United States was not the first country to issue a baseball-themed postage stamp.

At least four other countries issued postage stamps featuring the game of baseball before the United States did.

They were all countries that had deep military and economic business ties to the United States.

So postage stamps, again, become a way that we can trace the spread of the game around the globe.

A special effort that we're making in this exhibit is to take the stamps that we're showing and place them in a larger context by borrowing memorabilia and souvenirs of the game from a number of places.

The Baseball Hall of Fame in Cooperstown.

One private collector was referred to us actually by our colleagues at Smithsonian Books, Stephen Wong, who's published a number of baseball books.

And when they found out we were planning a baseball exhibit, they put us in touch with him, and he's lending us just some tremendous material.

For a number of these postage stamps, we're able to show the original artwork that was commissioned by the postal service, picturing various players.

And we're able to show it now alongside the actual uniform that they're wearing on the postage stamp.

Jackie Robinson's road uniform from the 1948 season, uniforms and game-used baseball bats, and other items from Babe Ruth and Joe DiMaggio, and all of the great players, really, of the 20th century will be featured alongside the stamp material.

The National Museum of the American Indian, the Air and Space Museum, Cooper Hewitt in New York, and the SI libraries are all lending us material for this exhibition.

And we've also had really good support in developing this exhibit from the Smithsonian Latino Center that enables us to present objects showing the history of Latinos in the sport of baseball, but also helped us to translate the entire exhibition into Spanish, so that this will be the museum's first full, feature exhibition that's fully translated and bilingual.

There have been a lot of baseball exhibits at a lot of museums over the last 30 or 40 years.

What I think we do differently, and do well, is that we tell some of the lesser known stories through the medium of stamps and mail. 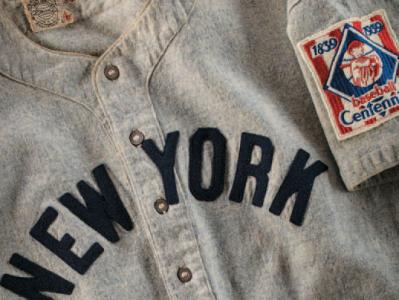 In celebration of the 150th Anniversary of Professional Baseball the National Postal Museum’s Baseball exhibit will feature historic objects loaned from renowned private collections that have never been on public display.

Learn more About Treasures on Display 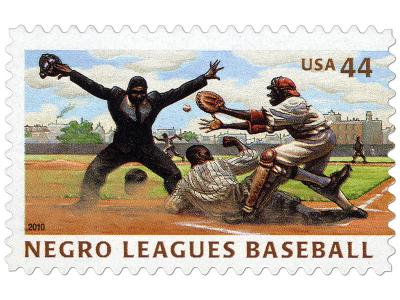 Four themes—Origins of the Game, Instrument of Diplomacy and War, Agent of Segregation and Integration, and Legendary Playing Fields—explore the history and experience of baseball. 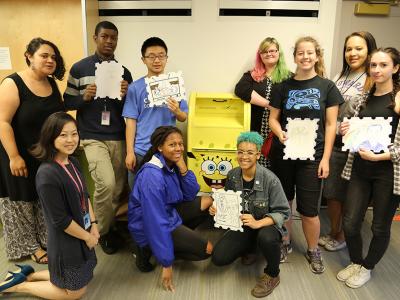 Baseball: America’s Home Run will offer a suite of public programs that will attract large audiences for unique and special experiences surrounding the exhibitions and its content. 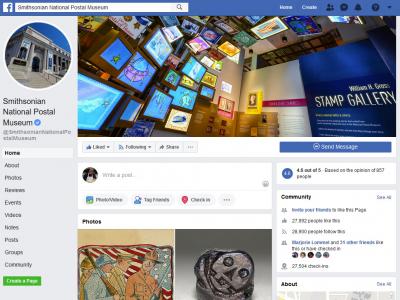 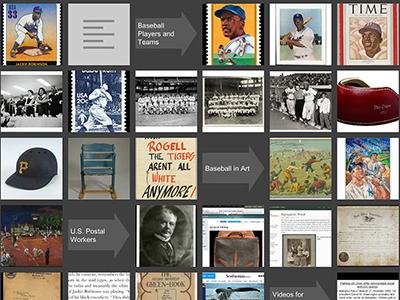 Suggested language: Students and teachers alike can learn more about Baseball: America’s Home Run through a variety of educational opportunities and classroom resources that meet national standards of learning for PreK-12 learners. 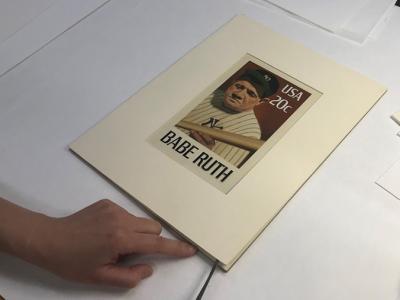 Explore behind the scenes projects such as object treatment and the design and installation process with museum staff in preparation for the exhibition.

Learn more About Behind the Scenes 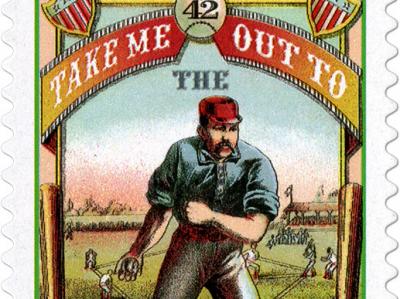 Support and sponsorship of Baseball: America’s Home Run at the Smithsonian’s National Postal Museum provides a range of benefits that can be customized to reflect the priorities of both individual and corporate supporters.

Learn more About Philanthropy and Support

Sports and Recreation
Treasures on Display ›
Back to Top